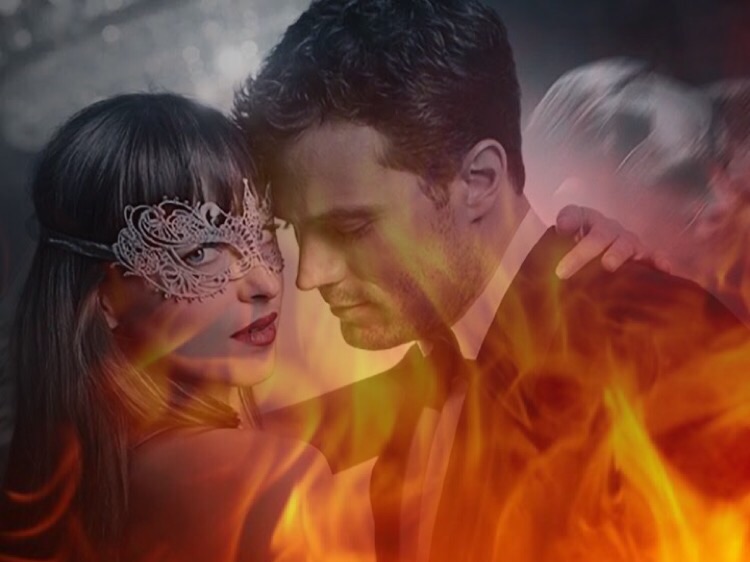 “Because that, when they knew God, they glorified him not as God, neither were thankful; but became vain in their imaginations, and their foolish heart was darkened.” Romans 1:21.

The Fifty Shades franchise is attempting again to elevate sexual savagery and perversion into the families of mainstream America. Hundreds of thousands of young boys and girls are running to the theaters to see a movie that being called a “love story.”

The new movie in theaters “50 Shades Darker” is the sequel to “50 Shades of Gray.” These movies are glorifying sexual stalking, bondage, humiliation, torture, beatings psychological and physical manipulation and false imprisonment. All of these so-called values or alternative lifestyles choices are brought out in this pornographic, Hollywood flick.

Inflicting pain, suffering and humiliation on women is not love. It’s abuse! There is nothing romantic about this. This is not acceptable behavior, but this is exactly what is being taught to our young people today. This is the message that the world is receiving as this American movie is being played world-wide. Is it any wonder why violent sexual crimes are at record levels in our nation?

This is a dangerous propaganda tool that is pushing the limits of what our society will consider “normal” or what is to be expected in a “romantic” relationship.

So many women have been victimized by sick, sexual, malevolent perverts. Do not allow your children or friends to watch these movies. Do not even take your wife or husband to watch these films. Do not encourage the idea that inflicting physical and emotional pain on your partner is love or even something desirable.

When our nation instills godly values upon its people then we will prosper. But when the moral principles of God’s law are abandoned, when our values and standards are in decline, then the days of our great nation are numbered and the day of God’s judgments are at hand.

“Righteousness exalteth a nation: but sin is a reproach to any people.” Proverbs 14:34.

“Them that honour me I will honour, and they that despise me shall be lightly esteemed.” 1Samuel 2:30.