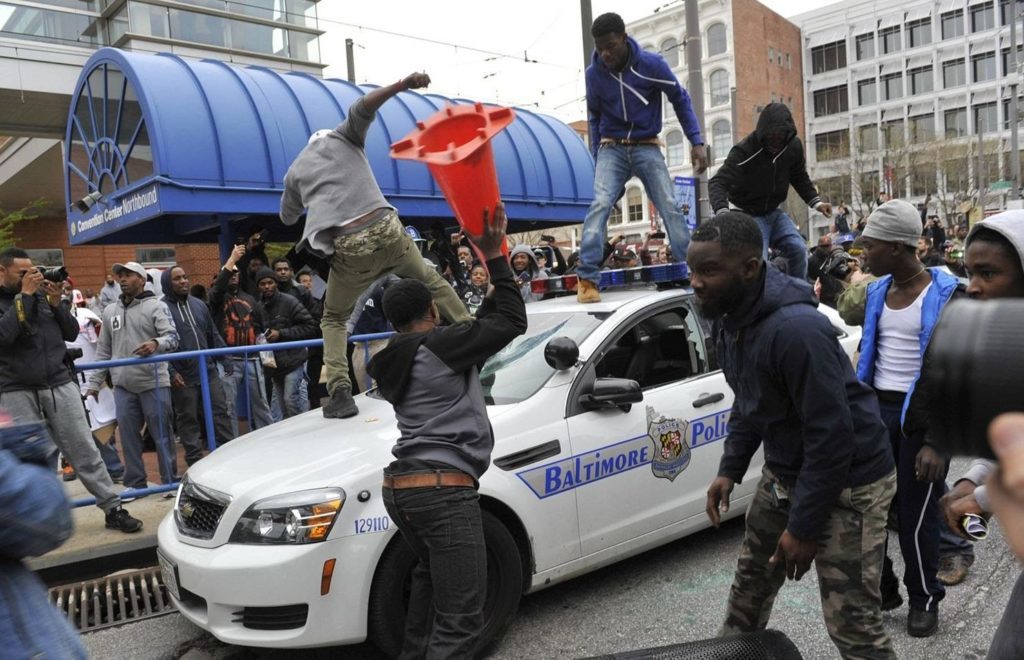 We have created a culture and a society in which God’s law has been removed from the spiritual lives of our nation and from our churches. There is a toxic theology that has been circulating for many years that releases people from any kind of obedience to God’s 10 Commandments. This is helping to contribute to all the lawlessness, crime and chaos that we see escalating year after year.

Notice what a Christian author wrote over 100 years ago: “Those who teach the people to regard lightly the commandments of God sow disobedience to reap disobedience. Let the restraint imposed by the divine law be wholly cast aside, and human laws would soon be disregarded. Because God forbids dishonest practices, coveting, lying, and defrauding, men are ready to trample upon His statutes as a hindrance to their worldly prosperity; but the results of banishing these precepts would be such as they do not anticipate” (Great Controversy, 585).

Even though we are “saved by grace through faith” (Ephesians 2:8), the Scriptures also teach us about sin, repentance, conviction, law, obedience, the fruits of the Spirit and sanctification. Grace doesn’t nullify any of these other import Biblical teachings. If fact, God’s grace and love is the foundation and motive for every truth that’s found in His word. There is a perfect balance and harmony when we “rightly divide the word of truth” (2 Timothy 2:15).

The danger is when we become unbalanced on any truth (or in this case grace) and present a message that’s distorted and toxic and that can lead to “antinomianism.” This is the belief that “grace” rejects any kind of socially established morality. This belief teaches that we are not bound to any law, morals, rules, codes or orders. This belief, or variations of this teaching, is prevalent in our society. This leads to anarchy and to the  rejection of any written code or law. We are seeing the fruits of this dangerous ideology.

According to a recent Gallup Poll, fewer than one in four Americans (24%) now believe the Bible is the actual word of God, and is to be taken literally. Unbelievable!

Not only has the world  disregarded the Ten Commandment Law of God but the churches have been teaching that we don’t have to keep it! The churches in this country are complicit for the complete breakdown of society and its disregard of law and order.

Here is another Gallup Poll that is even more appalling. 36% of Americans believe that pornography is not just normal but morally acceptable! And this is just 1 of 19 questions that shows that our American culture is on the downward spiral and is only accelerating faster than ever.

God’s 10 Commandment moral law is a immutable standard designed to restrain men and women from indulging in lawlessness, debauchery, immorality and improper conduct.  God’s law is a revelation of His divine will and a moral code that tells us right from wrong and defines sin. This law has never been altered and will forever endure for God’s word says:

“Think not that I am come to destroy the law, or the prophets; I am not come to destroy, but to fulfill. For verily I say unto you, Till heaven and earth pass, one jot or one tittle shall in no wise pass from the law, till all be fulfilled. Whosoever therefore shall break one of these least commandments, and shall teach men so, he shall be called the least in the kingdom of heaven; but whosoever shall do and teach them, the same shall be called great in the kingdom of heaven” (Matthew 5:17-19).

God said that He wouldn’t change His law: “My covenant will I not break, nor alter the thing that is gone out of my lips” (Psalm 89:34).

The scriptures predict the just before the second coming of Jesus that there would be a social crises on the earth that would result in lawlessness and anarchy. Notice how the prophet Daniel explains the coming of the Antichrist:

This sinister power would attempt to change the law of God, His 10 Commandments. Paul describes this very same system as the “man of sin.”

“Let no man deceive you by any means: for that day shall not come, except there come a falling away first (apostasy), and that man of sin (lawlessness) be revealed, the son of perdition; Who opposeth and exalteth himself above all that is called God, or that is worshipped; so that he as God sitteth in the temple of God, shewing himself that he is God…. Even him, whose coming is after the working of Satan with all power and signs and lying wonders, And with all deceivableness of unrighteousness in them that perish; because they received not the love of the truth, that they might be saved. And for this cause God shall send them strong delusion, that they should believe a lie: That they all might be damned who believed not the truth, but had pleasure in unrighteousness.” 2 Thessalonians 2:1-12.

Pleasure in unrighteousness? Lawlessness? Sin? Lies? These are all the characteristics of the Antichrist. Sadly, many are preaching the gospel of the Antichrist instead of the Gospel of Jesus Christ. Again, grace doesn’t not nullify all the other sacred teachings of the Bible, it establishes them:

“For the grace of God that bringeth salvation hath appeared to all men, Teaching us that, denying ungodliness and worldly lusts, we should live soberly, righteously, and godly, in this present world; Looking for that blessed hope, and the glorious appearing of the great God and our Saviour Jesus Christ; Who gave himself for us, that he might redeem us from all iniquity, and purify unto himself a peculiar people, zealous of good works. These things speak, and exhort, and rebuke with all authority. Let no man despise thee.” Titus 2:11-15.