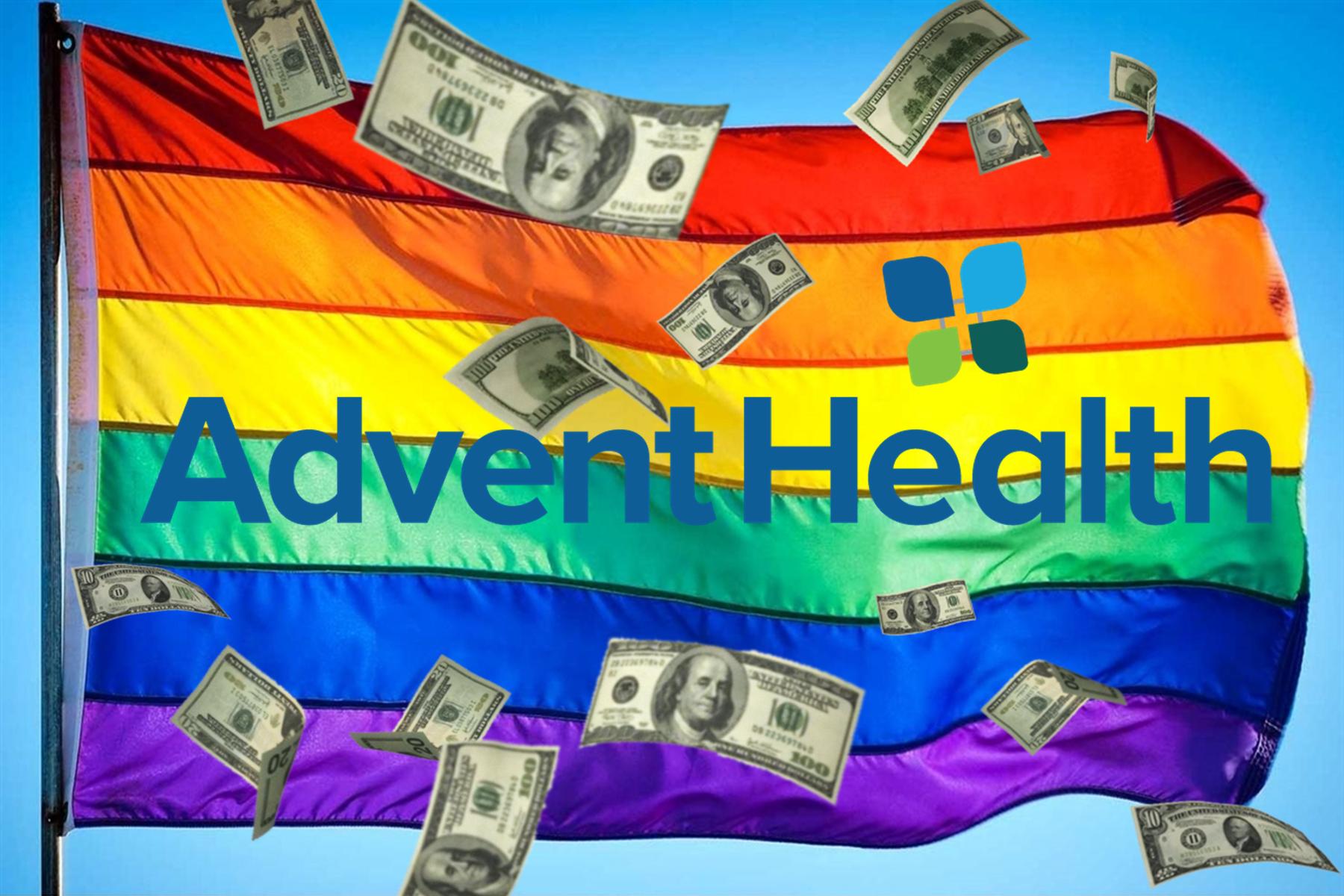 Back in December 2019 AdventHealth, a health-care system owned and operated by the Seventh-day Adventist Church, donated $1 million dollars to help build the National Pulse Memorial & Museum and to develop an educational curriculum focused on LGBT+ diversity and inclusion. [1]

The National Pulse Memorial & Museum will be a government protected, LGBT+ monument and shrine to memorialize the Pulse Nightclub, the gay and lesbian bar/dance club in Orlando, Florida that became the scene of a mass shooting on June 12, 2016. Forty-nine people were killed and another fifty-three injured.

In a news report that came out on February 11, 2020, President and CEO of AdventHealth Central Florida Region, Daryl Tol, explained the purpose for the $1 million dollar gift to the LGBT+ movement in Orlando, Florida:

“Our hope is this memorial will foster the healing process, and inspire a spirit of love and compassion, as well as a sense of gratitude for the first responders, clinical professionals, and other heroes who acted so selflessly after the unspeakable attack on our community.” [2]

The same news source goes on to announce that in addition to the initial $1 million dollar gift, AdventHealth will also be contributing $15,000 every year in scholarship money to benefit members of the LGBT+ community:

“AdventHealth announced in December that it has donated $1 million to help build the National Pulse Memorial & Museum … Part of the donation will also go to the onePULSE Legacy Scholarship Initiative. In addition, AdventHealth University will provide a $15,000 scholarship each year to a recipient seeking a career in health care.” [2]

Selling Out to the LGBT+ Movement

Theological revisionists in the church believe that giving $1 million dollars and annual contributions of $15,000 to homosexual activists is somehow being compassionate and loving. AdventHealth believes that they are being like Jesus for supporting the LGBT+ agenda by giving all this money to a movement that already has deep pockets and is committed to tearing down the clear teachings of God’s Word.

I used to wonder if there was anything more opposed to the Bible than militant homosexual activism. Well, regrettably there is. It’s these misguided, gullible “Christians” who financially support the LGBT+ agenda. These rainbow warrior Christians no longer emphasize sin, the coming judgment, repentance and obedience when it comes to homosexuality. All we seem to hear nowadays from this modern generation is “love,” “acceptance,” “inclusion” and “millions of dollars” to fund LGBT+ projects.

Daryl Tol, an AdventHealth executive, says that their $1 million dollar contribution will go to build a “memorial” for the LGBT+ movement in Orlando. This “memorial” will apparently help foster a “healing process and inspire a spirit of love and compassion.”

Lying to people who are trapped in sin is evil and not love. Leaving people in error is hateful and does not show care or compassion. We repeat the devil’s lie by saying that everything is OK when souls desperately need salvation. We have gone from establishing memorials of truth to building up memorials for the LGBT+ movement:

“I saw jets of light shining from cities and villages, and from the high places and the low places of the earth. God’s word was obeyed, and as a result there were memorials for Him in every city and village. His truth was proclaimed throughout the world” (Evangelism, 43).

We have never been commanded to establish “memorials” that celebrate the hallmarks of a reprobate culture! We have been called to lift up memorials of truth for the honor of God. The memorials that God wants us to raise up in every city should point people to His moral law, not to homosexuality:

“Our General, who never makes a mistake, says to us, Advance. Enter new territory. Lift up the standard, establish memorials in every place. Let it be known that God has a people on the earth who have not forgotten that He has a law, binding upon all human beings. In all the churches there are those who know not that the seventh day, and not the first day, is the Sabbath. These are to hear the message of present truth” (Review and Herald, August 5, 1902).

This LGBT+ memorial that is being funded with church money is a compromise and a capitulation to the gay lobby. This is a sell-out. It’s a rainbow shakedown on the church’s piggybank.

“We are far behind in following the light given to enter these cities and erect memorials for God. Step by step we are to lead souls into the full light of truth” (Testimonies, Vol. 7, p. 40).