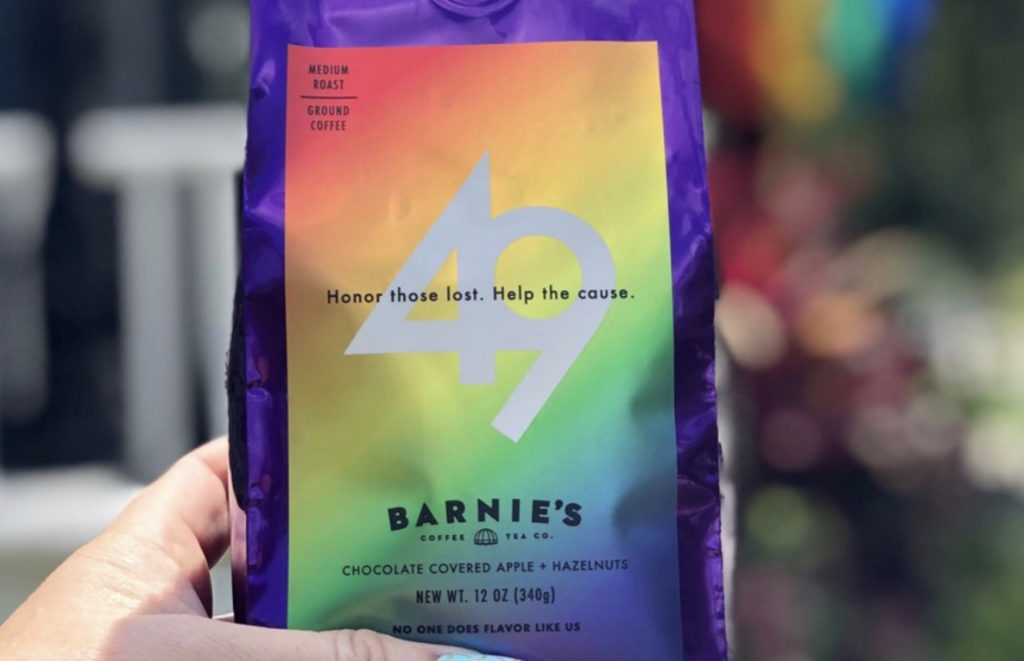 AdventHealth, formerly known as Adventist Health Systems, is owned and operated by the Seventh-day Adventist Church. [1] They are the largest Protestant health care system in the world. One would fully expect atheists, secular humanists and homosexual activists to promote the LGBT+ agenda. But we don’t expect people who claim to be members of the commandment-keeping church to push this sort of nonsense.

AdventHealth is pushing the homosexual agenda by selling a special edition coffee called “49 Blend Coffee” to commemorate the 49 members of the LGBT+ community who were killed in a gay nightclub in Orlando, FL back in 2016. AdventHealth is selling the special LGBT+ edition coffee at its Orlando Campus Market Place Gift Shop. All proceeds from the sale will be donated to The One Orlando Alliance– a gay organization dedicated to promoting the LGBT+ agenda in Central Florida.

So now our Seventh-day Adventist institutions are not just selling coffee but they are also donating “proceeds” to help advance the homosexual agenda. Friends, if the teachings on sexuality are not clear in the Bible then NOTHING is clear in the Bible. The Bible is 100% crystal clear that homosexuality is sin, and those who have departed from the faith are attempting to convince us otherwise. We either affirm what the Bible teaches or we reject the Bible all together.

So people come to church and they don’t hear anything because the pastors aren’t preaching about it. The church is shrinking away from preaching about the moral truths of God’s word, and this is causing many to think that homosexuality must be okay. And if Seventh-day Adventists are conflicted and convoluted over the LGBT+ agenda, this is due to the fact that our pastors are not speaking out against sin.

The Pulse Nightclub shooting in Orlando, FL was a double tragedy. As fellow citizens we grieve for any life that is lost through acts of violence. And as members of the church of the living God we grieve anytime unrepentant sinners are gunned down in a nightclub and especially when they perish during a night of dancing and drinking. That too is a tragedy.

Yes, the loss of any life is terrible; but what’s even more tragic is when the church begins to affirm sin and coddle sinners by not saying anything – thereby consigning souls to sin and eternal death. The most loving and most compassionate response we can give is to encourage people to turn away from the path of sin.

The devil has tricked us into thinking that it is trendy, loving and cool to leave people enslaved in lasciviousness and allow them to be lost. That is not love. The most cruel and hateful thing the church can do is to lie to sinners. The church is flattering the LGBT+ movement and patting them on the back. This is leading them to think that everything is okay. Poor, lost souls are sliding down towards death and destruction with the church’s full support and approval!

AdventHealth thinks that by selling LGBT+ coffee to the public and by donating the proceeds to LGBT+ activists that somehow this will make the church look relevant and inclusive. Oh, no! What we are really doing is showing open contempt to the word of God by promoting the very things it condemns.