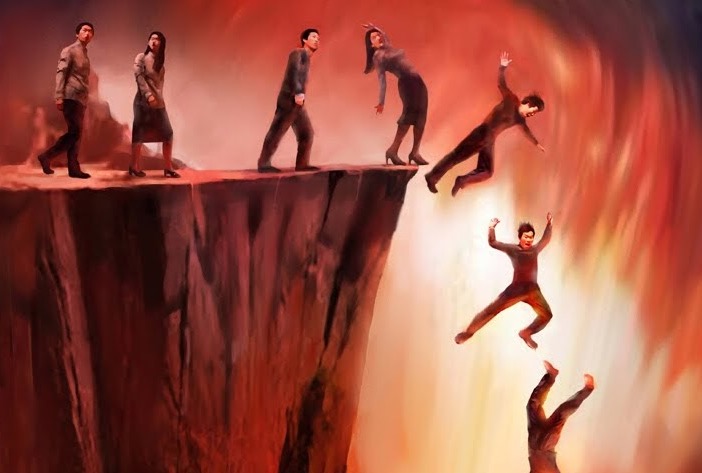 ‘Adventism Lite’ is a popular but less filling alternative to the Seventh-day Adventist faith. Its nutritional value is 35% Truth, 45% Faith, 85% Love, 100% Cool, 100% Culturally Compatible and 0% Saved. ‘Adventism Lite’ is a simpler, trimmed down version of the faith that suits YOUR needs best. If the real SDA faith is placing too big a demand on you, if the cross of Christ is too heavy, if denying your will is too much, if crucifying the flesh and rendering unquestionable obedience to the word of God is not your thing – you now have a choice.

‘Adventism Lite’ is a version of the faith in which all the undesirable and unnecessary pillars of the faith and standards of the church have been removed. It is people oriented, not doctrinal oriented. It’s more about you and how you feel and what you need. It is low-fat, zero calories, zero inconveniences, zero substance, very little Bible and contains almost no Spirit of Prophecy.

‘Adventism Lite’ has become so popular in the church that some well-meaning leaders are opting to push this water-downed version of the gospel upon their congregations. Others believe that this unsavory and wishy-washy version of Adventism is actually more attractive and should be used when attempting to reach the unchurched.

Sadly, it has been prophesied that some would attempt to create a softer and more appealing version of Seventh-day Adventism in order to make our message more palatable and more easily embraced by the world.

“I was told that men will employ every policy to make less prominent the difference between the faith of Seventh-day Adventists and those who observe the first day of the week. In this controversy the whole world will be engaged, and the time is short” (Manuscript 15, 1896; Selected Message, Book 2, p. 385).

“This is no time to haul down our colors. A company was presented before me under the name of Seventh-day Adventists, who were advising that the banner or sign which makes us a distinctive people should not be held out so strikingly; for they claimed it was not the best policy in securing success to our institution” (Ibid., p. 385).

The Second Advent Movement for over 100 years has enjoyed virtually universal confidence in the historical teachings of the faith. But for the last 50 years we have endured an unprecedented period of crisis—a theological crisis that threatens to destroy the foundational principles and standards of the faith. Some in academic, scholarly, and administrative posts are reacting negatively to the “faith which was once delivered to the saints” (Jude 1:3).

Some of the loudest voices today are those who are critical about our past experience. Some no longer believe in the literal creation of the world in 6 days. The account of a literal world-wide flood in Noah’s day is also being denied. The 2,300 day prophecy, the atonement in the heavenly sanctuary in 1844, the mark of the beast message and other core Seventh-day Adventist doctrine are hardly taught, if at all, in many churches.

“The enemy of souls has sought to bring in the supposition that a great reformation was to take place among Seventh-day Adventists, and that this reformation would consist in giving up the doctrines which stand as the pillars of our faith, and engaging in a process of reorganization. Were this reformation to take place, what would result? The principles of truth that God in His wisdom has given to the remnant church, would be discarded. Our religion would be changed. The fundamental principles that have sustained the work for the last fifty years would be accounted as error” (Selected Messages, Vol. 1, p. 204).

In the effort of presenting our message as attractive and relevant in our modern culture, many are focusing on replacing truth for entertainment and fun. The role of Ellen White is being reevaluated or rejected, the Three Angels’ Message is being ignored, our birthright is being denied and the way that the Lord has led us in the past is being abandoned.

‘Adventism Lite’ is not a safe and wise alternative. By changing the message in order to make it more acceptable and non-offensive we are actually denying to people the final invitation of mercy that God wants the world to hear. There is no such thing as a seeker-sensitive or a culturally-friendly gospel. This new rationalism will divorce you from the truth and from the way which the Lord has led us. This reasoning is separating God’s people from our historical beliefs and is causing many to abandon our past experience.

Our only safe course is to stay with the foundation that was laid long ago. This provides a much sounder basis for the future than anything else anyone can offer. The right template for the future can only be found in the Seventh-day Adventist movement’s own history.