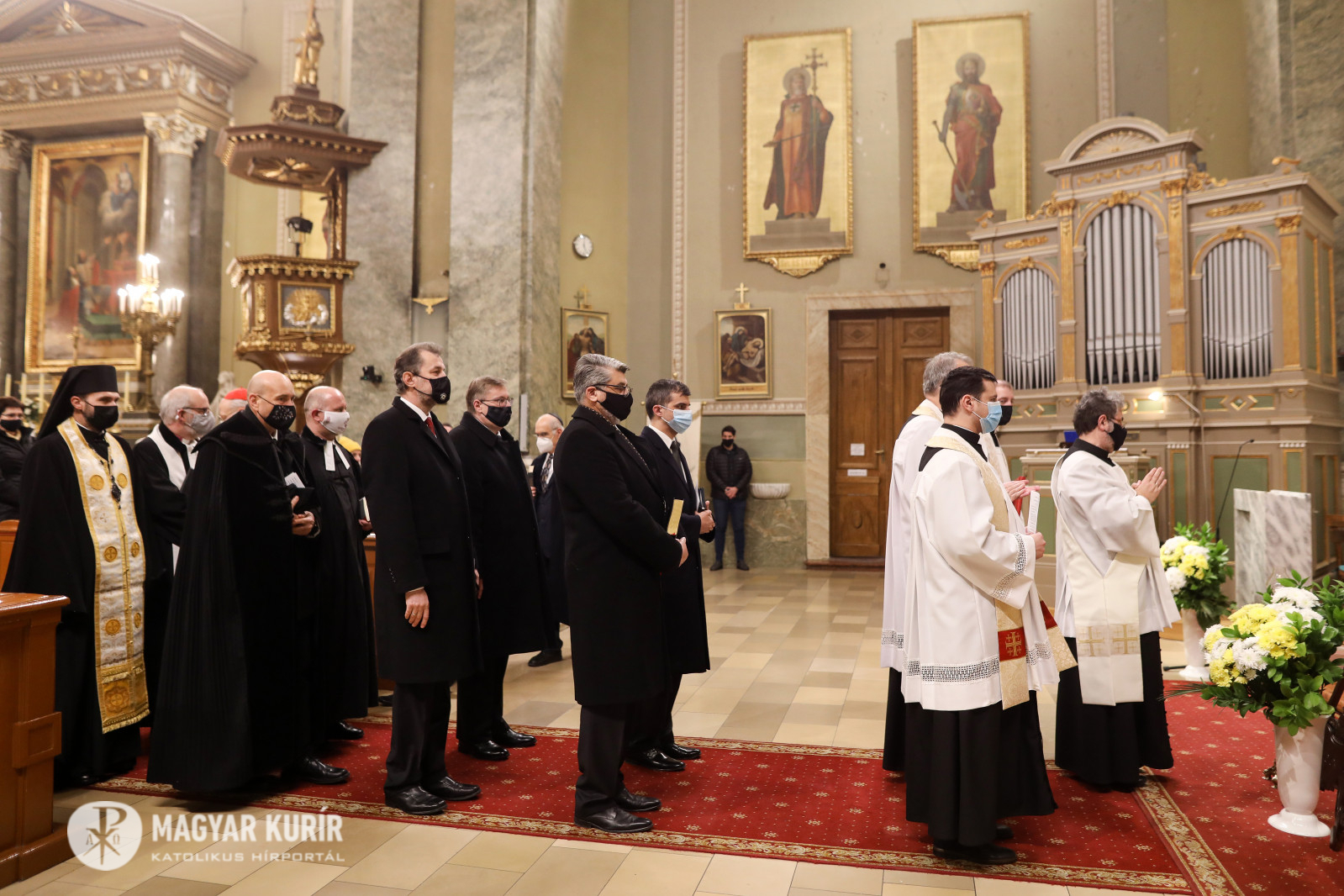 On Sunday, January 24, 2021, Roman Catholic Cardinal Peter Erdo organized a service during the last day of the 2021 Ecumenical Week of Prayer for Christian Unity. This final ceremony took place at St. Teresa the Great Catholic Church in Budapest, Hungary and was attended by Catholics, Lutherans, Baptists, Methodists, Jews, Seventh-day Adventists and Pentecostals. 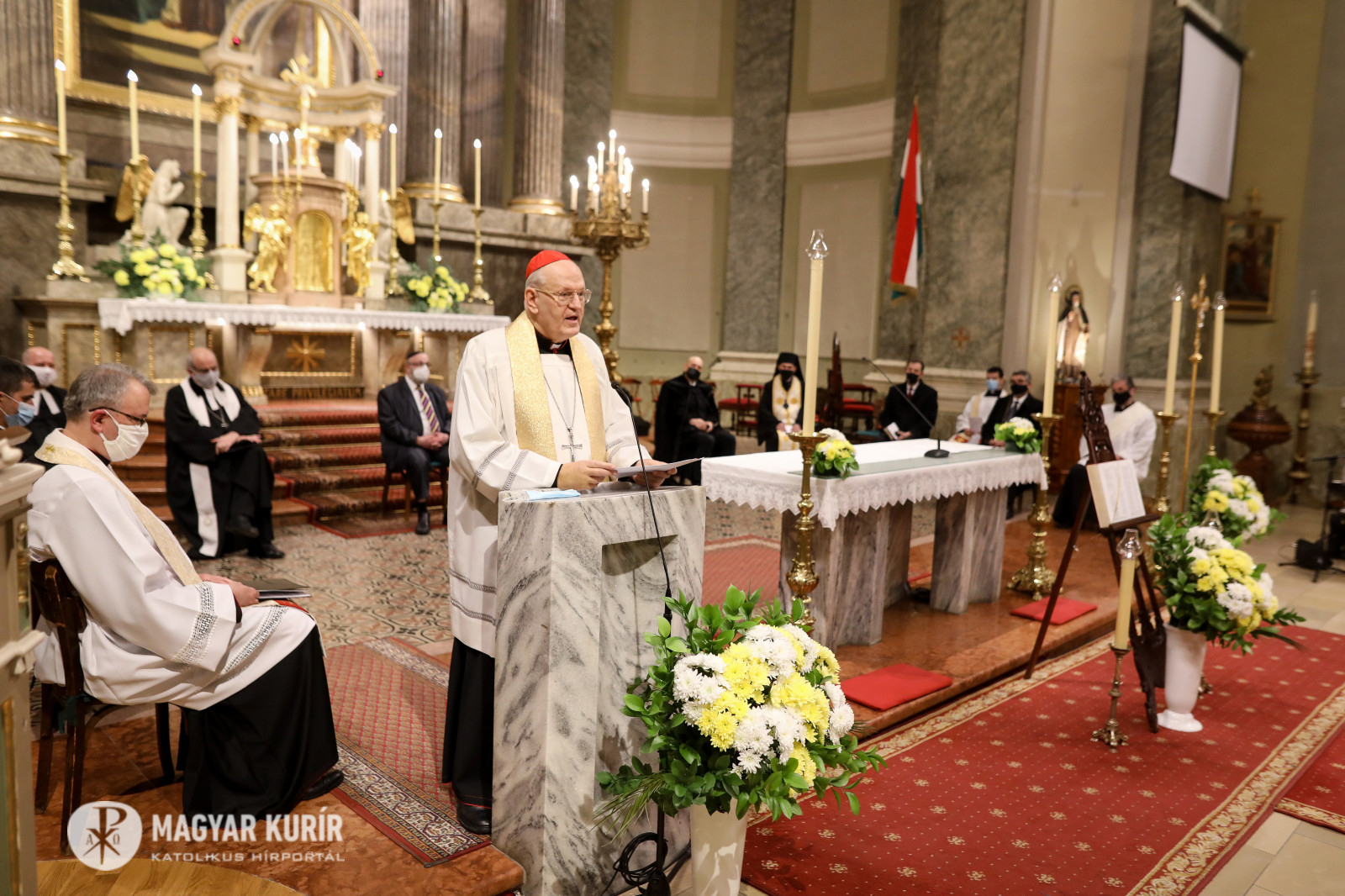 The representatives of the different churches are in unity.

“Dear Brothers and Sisters, Today is the Sunday of the word of God in the Catholic Church by order of Pope Francis. On the last day of the ecumenical week of prayer, this feast reminds us that the Word of God connects the various Christian communities.”  [1] 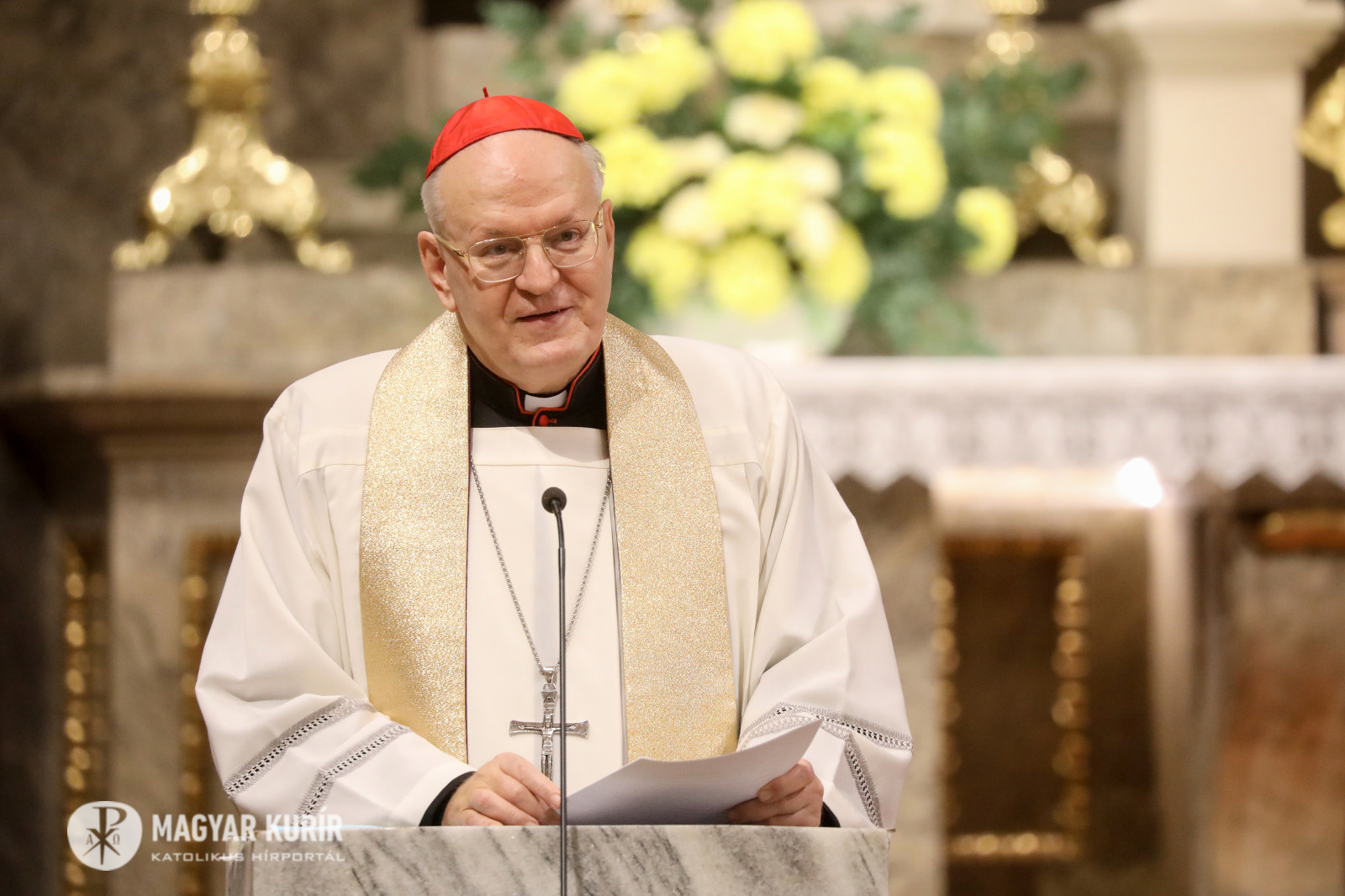 In other words, Cardinal Erdo revealed that this group of ecumenical leaders had gathered on Sunday, God’s Day, January 24, 2021, in obedience to Pope Francis’ “order” to celebrate the Week of Prayer for Christian Unity. That is what the Catholic Cardinal said and that is what the local news published along with photos of the different leaders apparently obeying the Pope’s call, including Tamas Ocsai, the President of the Hungarian Union Conference of Seventh-day Adventist Churches, the top Adventist in the country. 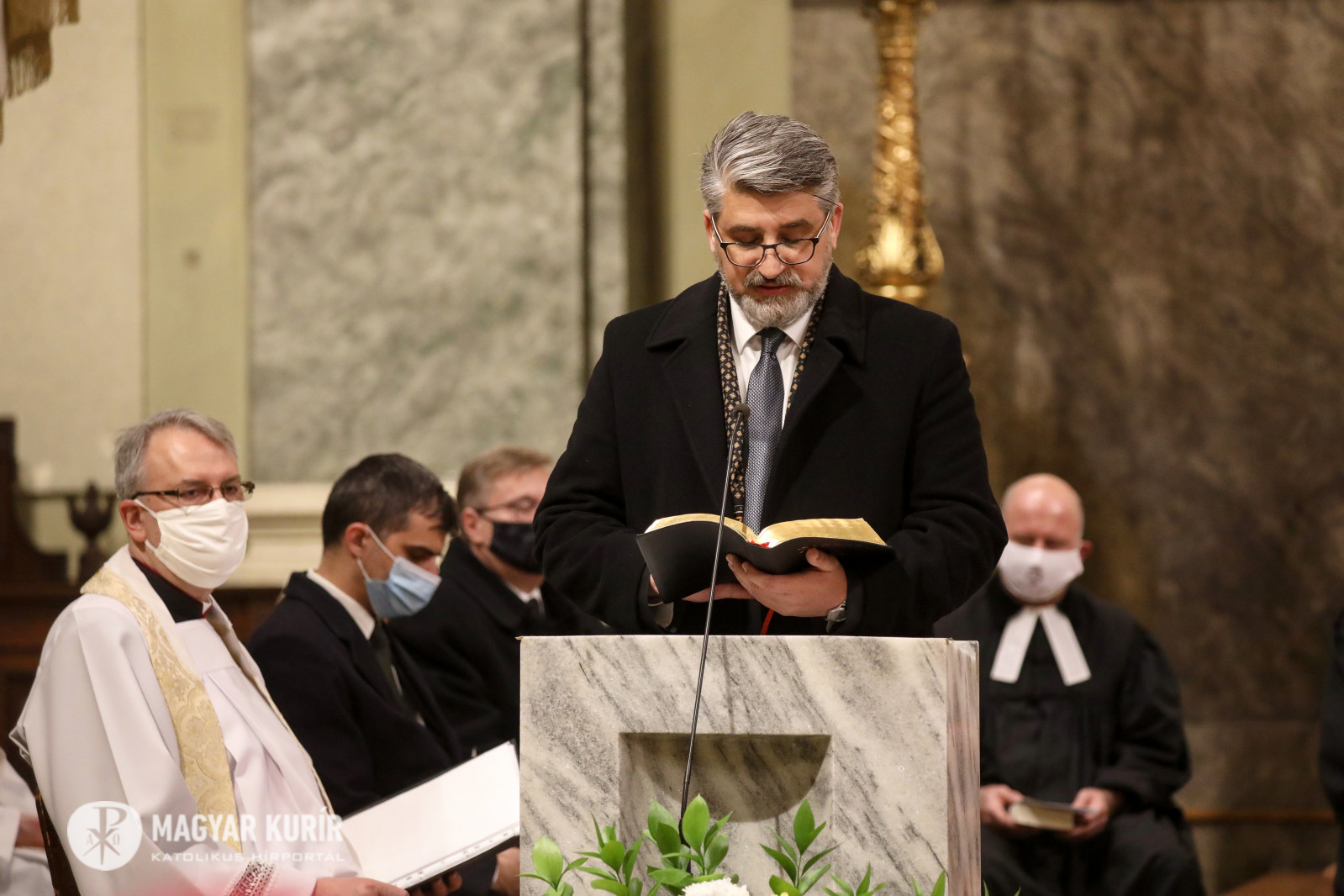 Tamas Ocsai, President of the Hungarian Union Conference of Seventh-day Adventists [2] at the ecumenical event.

Notice what else was published about the ecumenical leaders gathered inside the Roman Catholic Church:

“Following the preaching, the representatives of the various Christian denominations thanked the Lord for their coexistence, prayed for the acceptance of one another, for growth in faith and in all life; for those who are persecuted for their faith and for those who help them; so that we can confront all injustice.” [1]

This is the same presumptuous power described by inspiration in the following words: “And there was given unto him a mouth speaking great things and blasphemies” (Revelation 13:5). Not only does Rome speak “blasphemy” by claiming to have changed God’s law by calling Sunday the Lord’s Day, but it also blasphemes by claiming that it is infallible and has the power to forgive sin. Are we now receiving orders from this power?

This is the same persecuting power that “was given unto him to make war with the saints, and to overcome them: and power was given him over all kindreds, and tongues, and nations” (Revelation 13:7). Have Protestants forgotten their own history? Don’t we remember the Revocation of the Edict of Nantes, the St. Bartholomew’s Day Massacre and the Papal Crusades against the Huguenots, the Waldensians, the Albigensians and the Anabaptists? What about the Holy Roman Inquisition and the tens of millions of Protestants who were executed during the long dark period in which Rome ruled both spiritual and temporal power?

Are we now ignoring all of this church history today? Apparently, yes. We have not only forgotten our sacred history, we are repeating it again and we are fulfilling Bible prophecy by honoring the beast: “And all that dwell upon the earth shall worship him, whose names are not written in the book of life of the Lamb slain from the foundation of the world” (Revelation 13:8).

And yes, this is the same power that everyone seeks to please, including many Seventh-day Adventists, and the same power that we’ve been warned about in the Third Angel’s Message of Revelation 14: “If any man worship the beast and his image, and receive his mark in his forehead or in his hand, the same shall drink of the wine of the wrath of God which is poured out without mixture into the cup of His indignation; and he shall be tormented with fire and brimstone in the presence of the holy angels and in the presence Of the Lamb” (Revelation 14:9).

Church and state are coming together to elevate the Papacy again. This will result in the healing of the deadly wound. Every true student of Bible prophecy and every defender of religious liberty should know what papal supremacy means. This is a power that requires the praise and submission of kings, emperors, religious leaders and all people on the earth.

The Papacy’s desire to be recognized worldwide by all people has never been so well organized today. Rome’s ambition to be the sole authority in global affairs is causing the world and the Protestant churches to wonder after the beast. As we witness the closing scenes of Bible prophecy being staged, let us proclaim with power the most emphatic message of Revelation. As the world worships the great impostor called the First Beast of Revelation 13, God will send a mighty angel from heaven with the divine call to every nation and people to “Come out of her, my people” (Revelation 18:4).