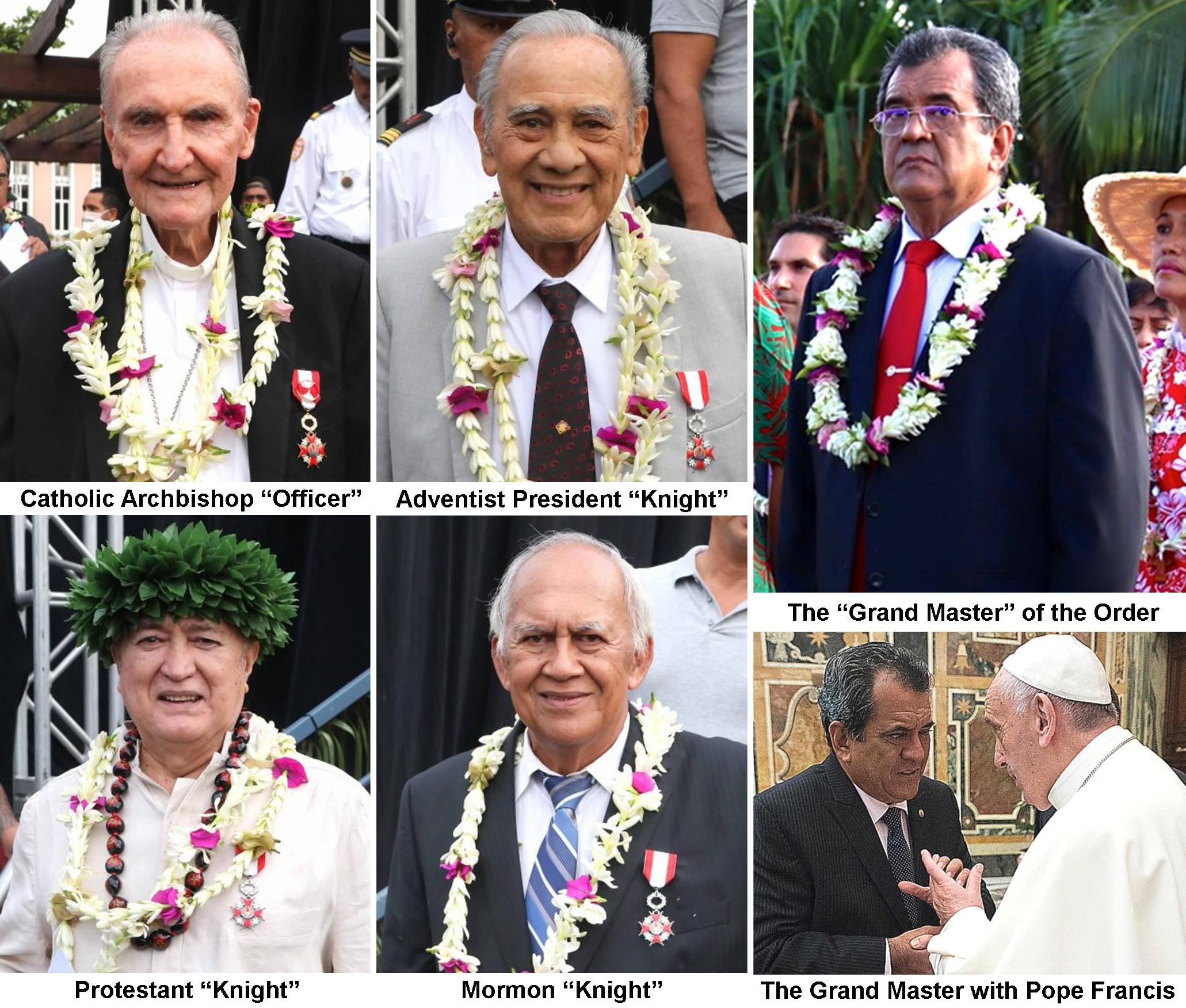 On June 29, 2020, Seventh-day Adventists in the country of French Polynesia joined Roman Catholics, Mormons, Protestants, educators and other prominent members of the nation to be included as Knights in the Order of Tahiti Nui. They were inducted by the Grand Master of the Order of Tahiti Nui, Edouard Fritch, who is also President of French Polynesia. [1] 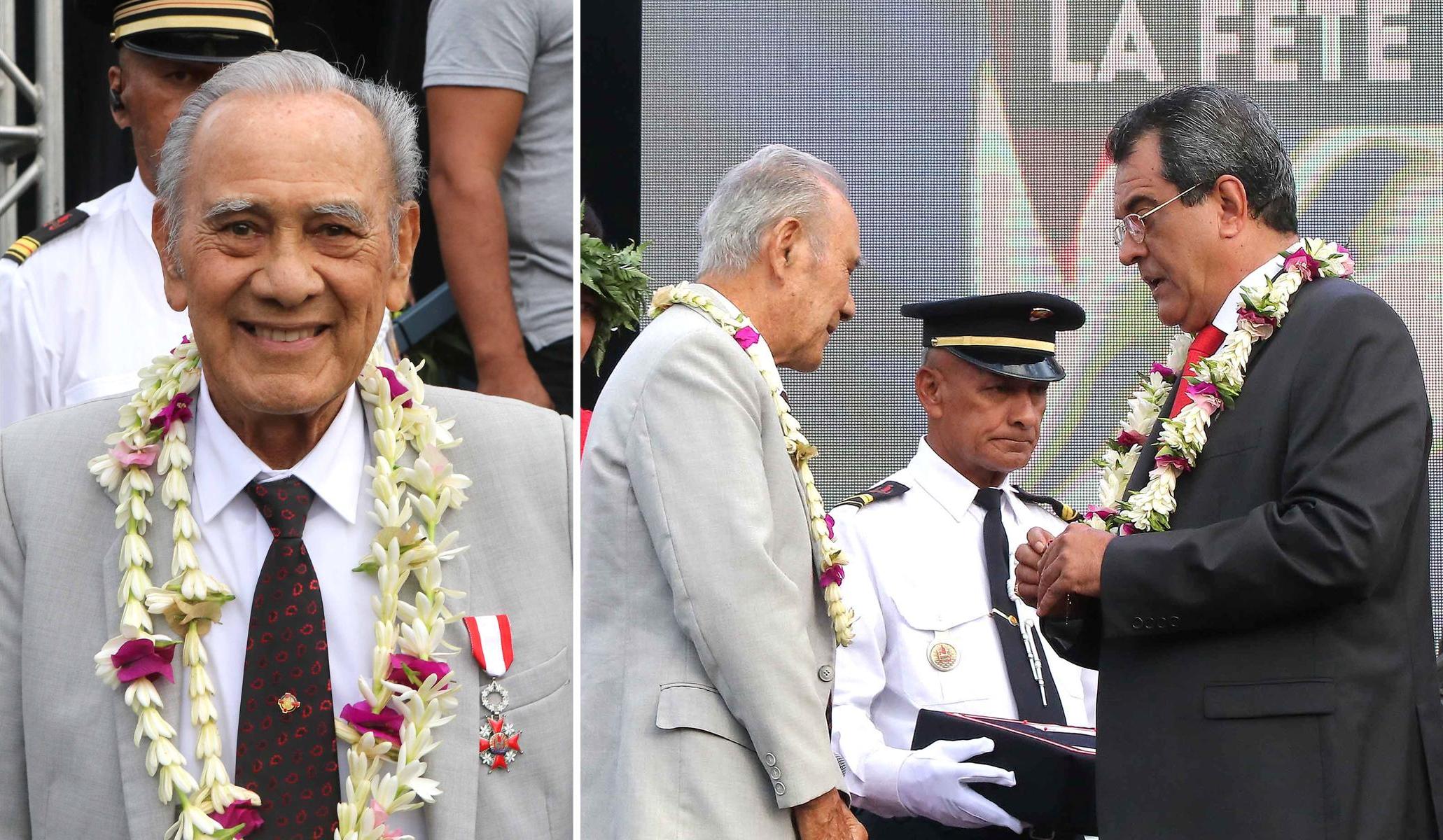 Seventh-day Adventist Pastor Marcel Doom was the President of the French Polynesia Mission, the head of the Adventist Church in French Polynesia. He is being inducted as a “Knight into” the Order by the Grand Master. [1]

Why are we joining these fraternal orders? Do we even know what we are getting into? What is the origin of these medieval chivalry organizations? Brotherhoods, fraternal organizations, military religious orders, knights and chivalry organizations were founded during the height of the Catholic Crusades. [2] The purposes of these many orders were to reconquer the Holy Land (Jerusalem) for the Pope that had been taken away by the Muslims. The Crusades were also designed to convert the heretics and unbelievers to the Catholic faith. 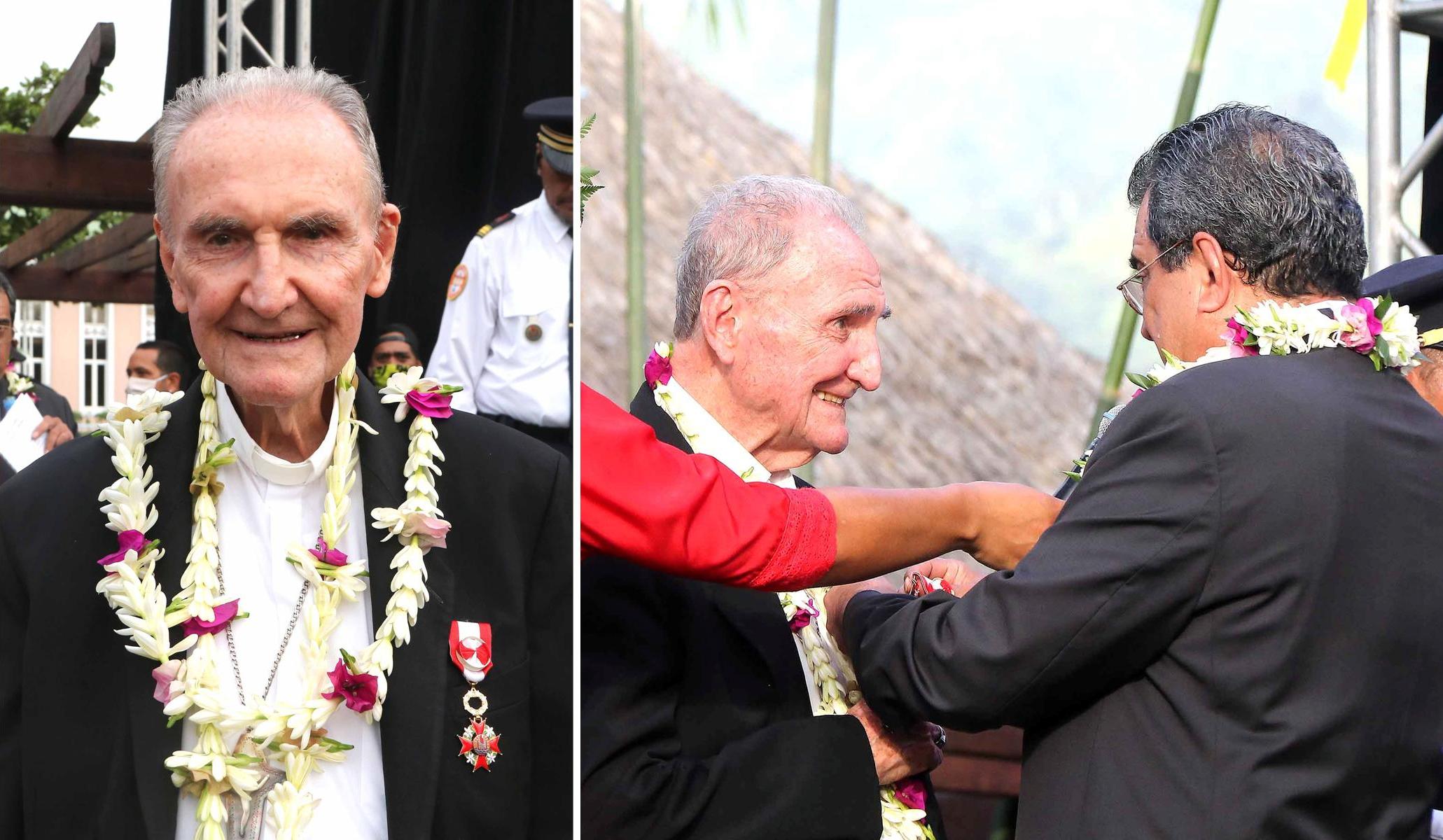 These religious orders were Roman Catholic entities that took oaths of allegiance to the Pope. They went where they were needed to defend the Catholic faith and fight the enemies of the church. While some orders preached Catholic doctrine, others used the sword in their attempt to convert souls. Those who did not renounce their errors were arrested, fined, tormented, exiled and on many occasions massacred. You had organizations such as the Military Orders of the Roman Catholic Church, Military Order of Malta, Knights of the Holy Sepulcher, Knights Templar, Order of Saint Lazarus, the Order of the Jesuits and literally hundreds more. [3] 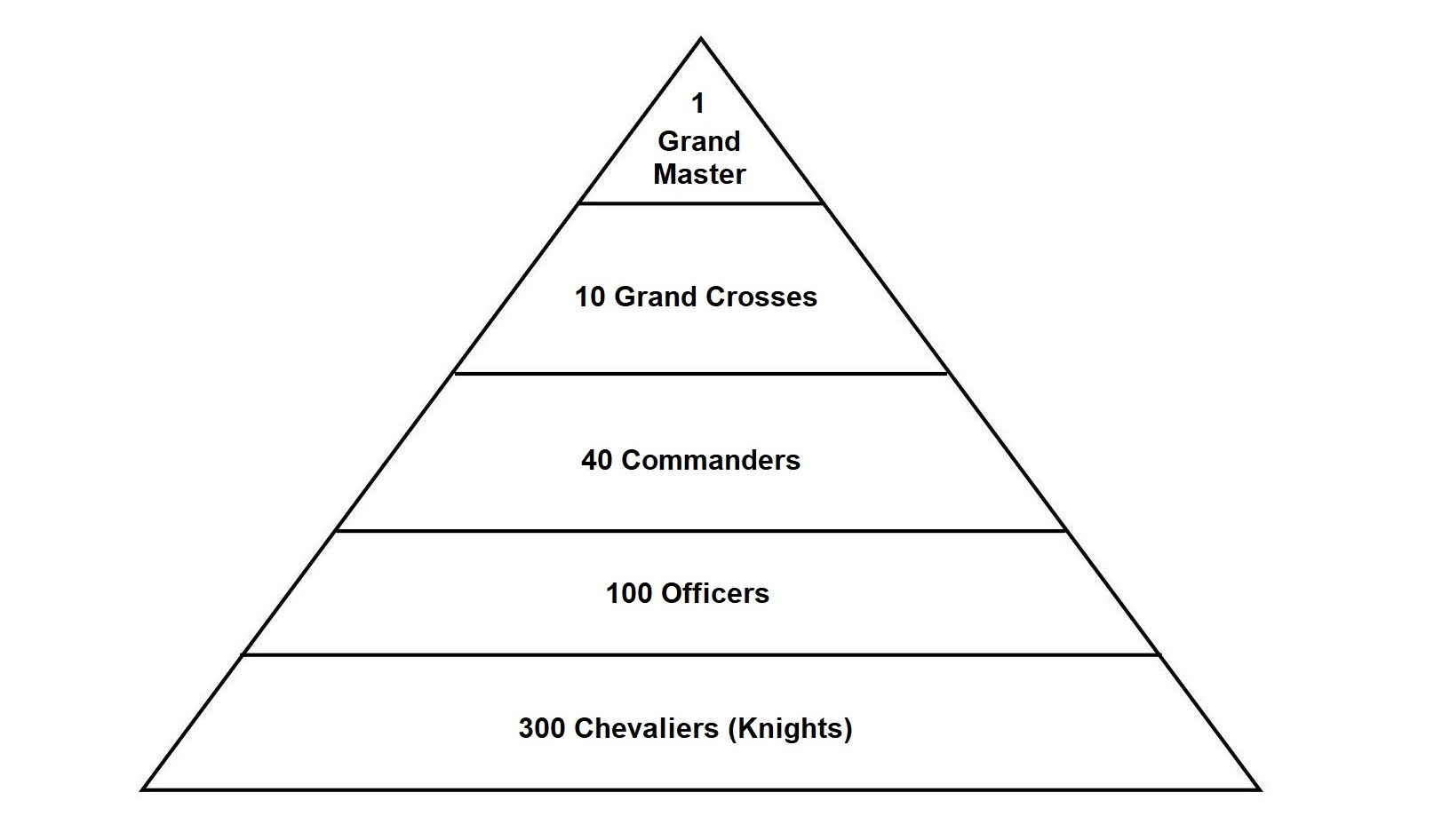 A Pyramid Scheme with the Pope on Top

According to the Order of Tahiti Nui, there are a total of 5 ranks. The President of French Polynesia is also the Grand Master of the Order. Below the Grand Master is the Grand Cross, the Commanders, the Officers and then the Chevaliers (Knights). [4] This is the same type of hierarchy that is used in the military. You have a Grand Master at the top with different levels of authority below him. And where do Seventh-day Adventists stand in this pyramid scheme? They are subordinates at the bottom level. It doesn’t matter what religion the members may profess, they are all brothers of the same family. 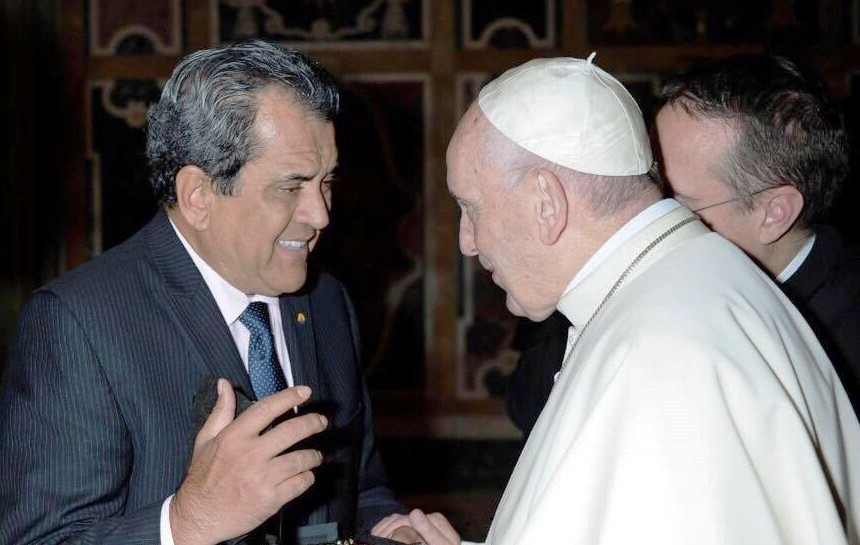 In this image you can see the Grand Master of the Order of Tahiti Nui, Edouard Fritch, meeting with his master, Pope Francis at the Vatican. [5] All roads lead to Rome. All the heads of these of state, fraternal, monarchical or of chivalry orders still give their allegiance to Rome. They are all subordinate to their father, the Pope. There are two different ecumenical movements. You have the churches that are coming together to form an “image of the beast” (Revelation 13:15) and then you have the military-style orders that will also come into the service of the beast (Revelation 17:13) during the final crisis of the history of the earth.

Edouard Fritch, the Grand Master and President of French Polynesia, joined members of his cabinet and convened a meeting with representatives of the “Seventh-day Adventist Church, the Latter-day Saints, the Maohi Protestant Church and the Catholic Church” to discuss the COVID-19 lockdown and to make plans for an ecumenical concert. [6] Here we have the head of the state, the Grand Master and President, summoning the churches and dictating to them plans for an ecumenical event in which all are to participate. Pope Francis couldn’t have done a better job himself. 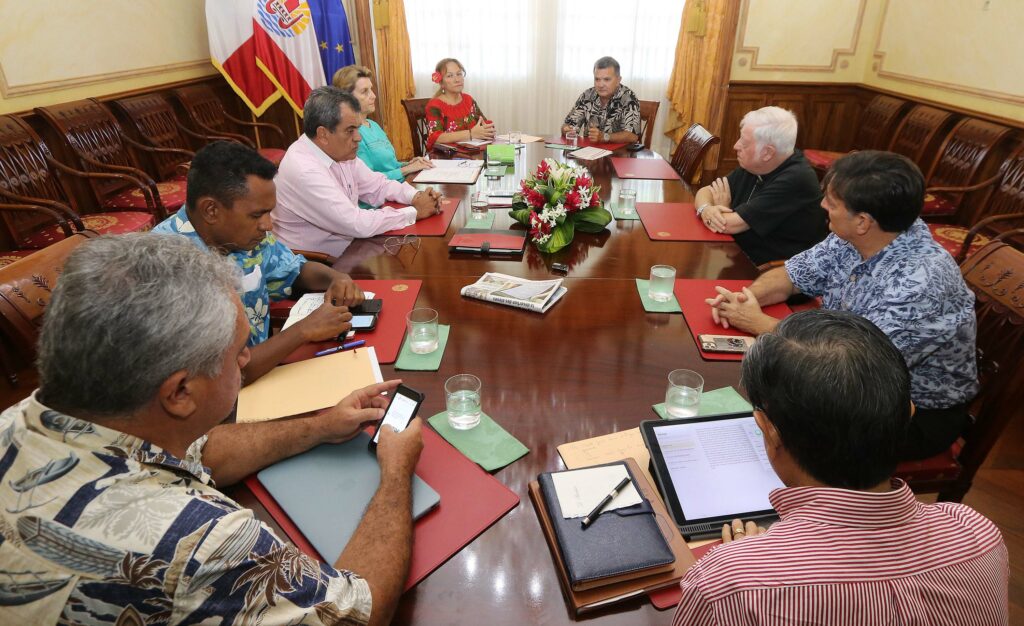 The local news announced that on June 29, 2020, not only was there going to be the induction of the newest members into the Order of Tahiti Nui, but there would also be an Independence Day celebration with the military, government officials and an interfaith worship service with the churches:

“President Fritch announced, on this occasion, that he wished to organize an ecumenical concert on June 29 … to thank the population for the efforts made during the period of health crisis.” [6]

Another news source reported on this same church-state partnership:

“Representatives of the country and the state gathered at Paofai Park on Monday afternoon to celebrate the 35th anniversary of independence. The ceremony was the occasion to decorate 7 people in the order of Tahiti Nui. It was followed by an “ecumenical” concert which brought together Protestant, Catholic and Adventist choirs. [7] 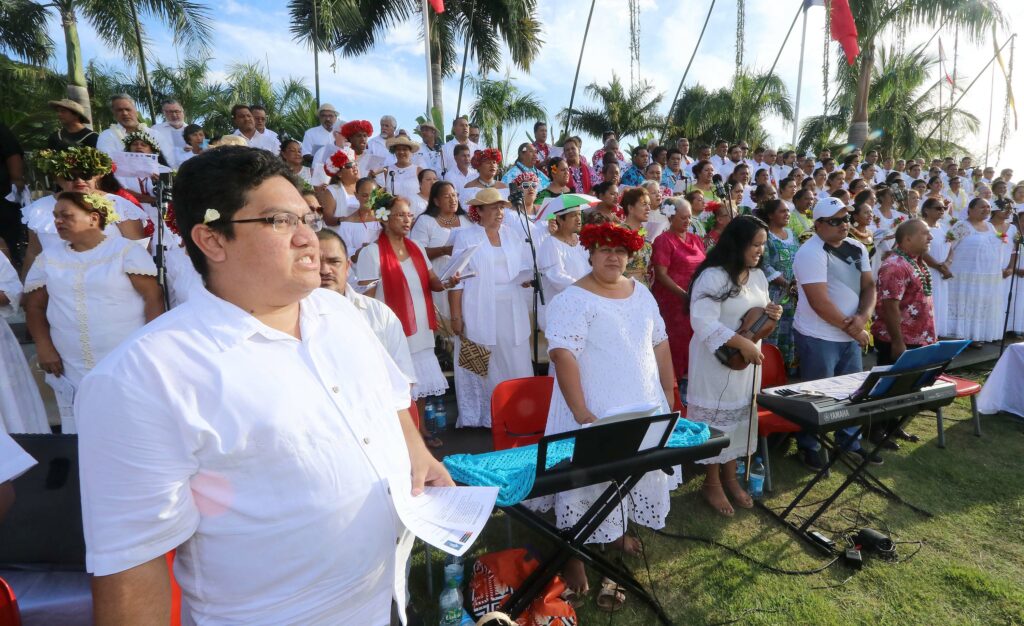 Government leaders were meeting with Protestant, Catholic and Adventist choirs for interfaith worship? Tragically, yes. This interfaith celebration led up to the induction of the newest candidates to the fraternal Order of Tahiti Nui. Are Seventh-day Adventists becoming “junior” partners with the beast and his image? Are we now part of the same family and brotherhood? Well, apparently, we are now exclusive members in the circle of Knights of the Order of Tahiti Nui. And Roman Catholics are our superiors and we are their subordinates. Is this God’s plan for His people?

We would hate to believe that these arrangements have been going on for a long time, and that this is only the first time we’ve been allowed to see how these fraternal organizations work. Grand Masters, state-sponsored ecumenical events, church-state partnerships and one big happy interfaith family. This is not only uncomfortable and embarrassing, but it presents a serious fundamental problem. God said, “Don’t make alliances with the world. Period.”

“Associate yourselves, O ye people, and ye shall be broken in pieces; and give ear, all ye of far countries: gird yourselves, and ye shall be broken in pieces; take counsel together, and it shall come to nought; speak the word, and it shall not stand: for God is with us. For the Lord spake thus to me with a strong hand, and instructed me that I should not walk in the way of this people, saying, Say ye not, A confederacy, to all them to whom this people shall say, A confederacy.” (Isaiah 8:9-12). 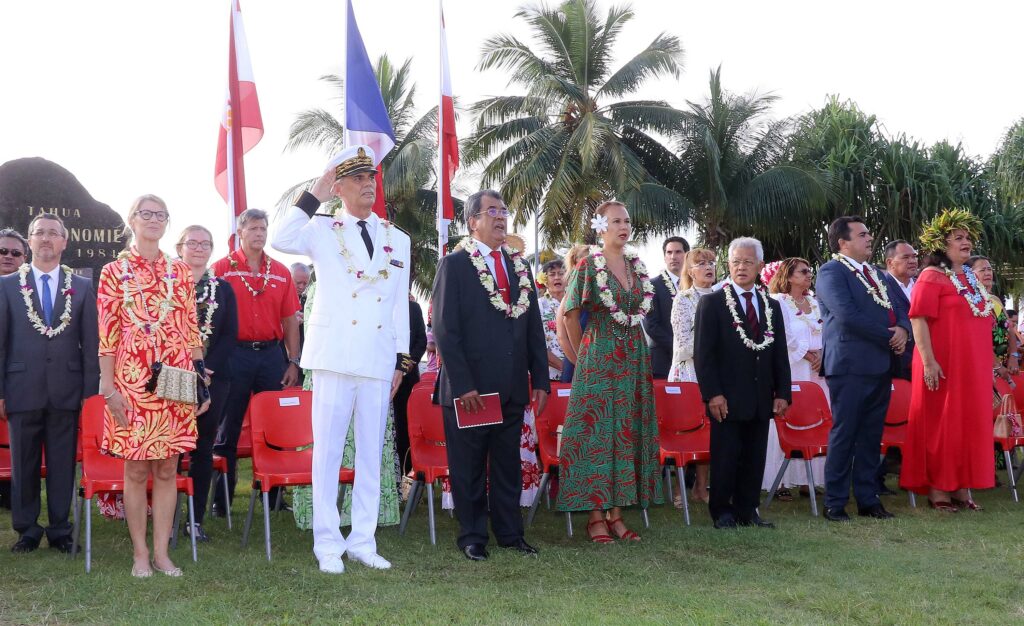 This was a warning from God not to make alliances and confederations with the world. Israel was not to seek union with the King of Assyria (verse 7), nor was it to find satisfaction in joining with God’s enemies or asking them for help. We see the same prohibition in the Spirit of Prophecy against forming these partnerships:

“The Lord’s injunction, ‘Be ye not unequally yoked together with unbelievers’ (2 Corinthians 6:14), refers not only to the marriage of Christians with the ungodly, but to all alliances in which the parties are brought into intimate association, and in which there is need of harmony in spirit and action. The Lord gave special direction to Israel to keep themselves distinct from idolaters. They were not to intermarry with the heathen nor form any confederacy with them: ‘Take heed to thyself, lest thou make a covenant with the inhabitants of the land whither thou goest, lest it be for a snare in the midst of thee: but ye shall destroy their altars, break their images, and cut down their groves: for thou shalt worship no other god: for the Lord, whose name is Jealous, is a jealous God’ Exodus 34:12-14 (Selected Messages, Book 2, pp. 121, 122).

Do we still see ourselves as the Remnant Church of Bible prophecy? Or are we finally going to make the switch and become one of the many liberal non-governmental organizations (NGOs) working on human rights, the environment, social issues, equality and the dignity of the human person? Is this what it has come to? Has the once great Remnant people now joined the world in full surrender of our unique identity and purpose? 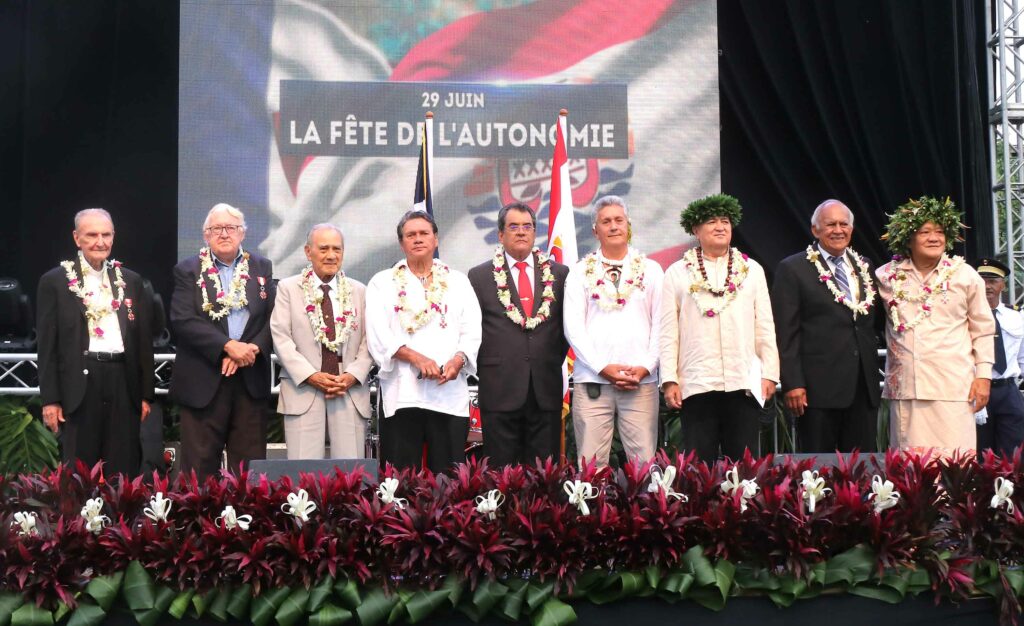 Members of the “brotherhood” of the New World Order. Make no mistake – it’s at the table of these brotherhoods that agreements are made and conflicts are resolved.

The true Remnant people of God (Revelation 12:17) will neither worship the beast nor his image nor receive his mark nor participate in her “fornication” (Revelation 17:2) nor drink her “wine” (Revelation 18:3) because they will be too busy calling people to come out of Babylon (Revelation 18:4) so that they, along with us, can keep all the “commandments of God and the faith of Jesus” (Revelation 14:12). This is the work we must be doing in this solemn period of earth’s history.

Our pioneers understood that in order to preach the everlasting gospel of Revelation 14:6-12, they had to expose the false movements of their day and warn the people about the dangers which threatened them. And they did. They did it not out of a sense of superiority, but out of faithfulness, dedication, concern and obedience to the truth entrusted to them. Can we not do the same today? Is this not our foremost duty?

We say it is high time that Seventh-day Adventists return to their former understanding about the beast, the image and the mark of the beast in order to properly deal correctly with all these prophetic developments. This means to lovingly apply the biblical warnings found in Revelation 13, 14, 17 and 18 as we see them coming to pass. If we do this, then we must conclude that all these government-sponsored ecumenical events, the fraternities with Rome and their knighthood organizations are all part of a sinister plan to enslave all of mankind into the final apostasy during the mark of the beast crisis.

“The Word of God plainly declares that His law is to be scorned, trampled upon, by the world; there will be an extraordinary prevalence of iniquity. The professed Protestant world will form a confederacy with the man of sin, and the church and the world will be in corrupt harmony. Here the great crisis is coming upon the world. The Scriptures teach that popery is to regain its lost supremacy, and that the fires of persecution will be rekindled through the timeserving concessions of the so-called Protestant world” (Bible Commentary, Vol. 7, p. 975).