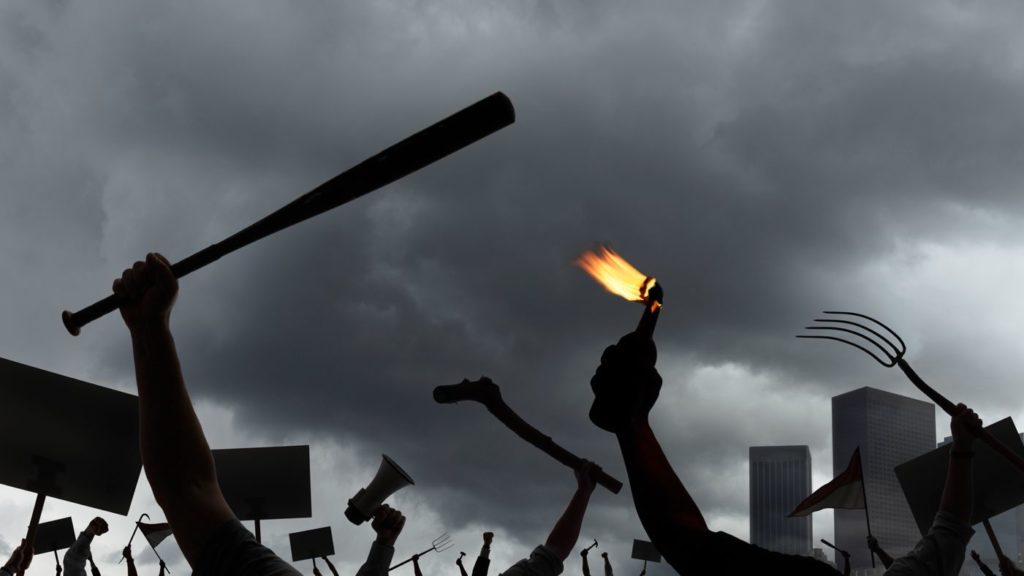 “I exhort therefore, that, first of all, supplications, prayers, intercessions, and giving of thanks, be made for all men; for kings, and for all that are in authority; that we may lead a quiet and peaceable life in all godliness and honesty” (1 Timothy 2:2).

Republican House Majority Whip Steve Scalise and four other people were shot while a gunman with a high-powered rifle and lots of ammo began shooting at members of Congress during a baseball game.

This attack comes after a certain production play has been taking place here in America that is glorifying the assasination of the President of the United States. Earlier in another political stunt, the bloodied, decapitated head of President Trump also received a lot of media attention.

We are in an age that hasn’t been seen before. An age where society openly glorifies acts of violence against a sitting US President. Our nation is filled with hatred, anger and violence.

Today, people in the media, in politics and in the universities openly use profanity when speaking about the US President. So-called “comedians” are saying some of the most hateful, sexual remarks against the sitting President. The once reputable news organizations have become reduced to the salacious tabloids of the day, spewing hatred and negatives against our nation’s administration.

This has become the “new” values for our nation as even the general public is involved in bloody fights and rioting during political clashes on the streets of our nation.

We used to respect and defend the rights of those with whom we disagreed. We used to follow the principle of “agree to disagree.” But we have moved away from a campaign of liberty and freedom for all to a campaign of violence and death to our opponents.

The sad news is that even those who are not directly engaging in these displays of violence are not terrified or troubled by those who do. This entire attitude must change, because we are told to pray for those in authority. This is a far cry from the brutality that is being manifested towards the leaders of our nation.

The current direction in the political climate that we are seeing will only lead to the total destruction of our society. Ironically, this brutal attitude will not ease the tensions we are seeing today, they will only make them worse.

And if we continue to reject God’s warning and if we don’t stop the deteriorating morality and spirituality of our nation, God will step in and, with violence, bring an end to it all.

At that time God will “destroy those who destroy the earth” (Revelation 11:18). This final destruction includes that entire system called “Babylon the Great” (Revelation 17:5) whose satanic roots thread back to the dawn of human history and includes all the corrupt political and religious systems of our times.

“And a mighty angel took up a stone like a great millstone, and cast it into the sea, saying, Thus with violence shall that great city Babylon be thrown down, and shall be found no more at all.” Revelation 18:21.