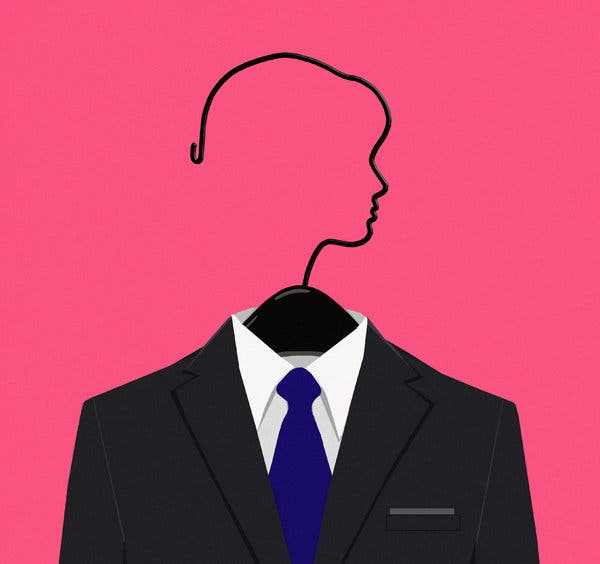 On Friday 22, 2019 the Executive Committee of the Trans-European Division (TED) voted by an “overwhelming majority” to stand in solidarity with three of its Union Conferences who were given warnings for their non-compliance on women’s ordination. [1] Ever since the world church voted in 2015 not to ordain women into the ministry these three Union Conferences responded by refusing to ordain men in protest. They claim that this protest is in harmony with “conscience and local culture.”

What kind of “culture” do they want to be in harmony with? Biblical culture or local European, post-modern, post-Christian culture that has been corrupted with humanism, feminism and LGBT-ism? Do they want the gospel order that was established by God or do they want to adopt a feminist, sexless, genderless ministry where there are no distinctions between men and women?

Feminists want the biblical terms that apply to men to also apply to women. Terms such as husband, father, bridegroom, son, brother, first-born male, male priesthood or apostle. These terms are historically and biblically applied to men. If we adopt the modern, feminist cultural construct which promotes the idea of a sexless, genderless human nature then women can not only be ordained into the ministry but women can now also be husbands, fathers, brothers, bridegrooms, sons, heads of the household and heads of the church.

What then do we do with biology, reality and theology? Do we throw these out for the sake of equality? The nature of men and women have been defined by God and are closely connected to questions on biblical authority, creation, God’s order, ecclesiology and basic theology on the family. All this is under attack by the current secular cultural. Today our culture says that men can transition into women, women can transition into men or people can be both men and women at the same time.

The same cultural that is advocating for feminism is also pushing for LGBT+ rights. The LGBT+ community wants to fill the same ministerial roles that feminists are fighting for. So, whose plan for the church will we embrace? God’s or man’s? Instead of trying to imitate our culture we need to influence the world with the gospel. Instead of embracing the unbiblical theories of feminism we should avoid these dangerous errors that Satan will use to take control of our minds:

“Error is never harmless. It never sanctifies, but always brings confusion and dissension. It is always dangerous. The enemy has great power over minds that are not thoroughly fortified by prayer and established in Bible truth” (Testimonies, Vol. 9, p. 292).

The Trans-European Division of Seventh-day Adventists has voted to join the revolt and stand in solidarity with its non-compliant unions. The same liberal, feminist theories that have ravaged our culture are now bringing confusion to God’s people as the roles of men and women are being redefined in our church and in our home. These soul-destroying errors were created by a godless society and they are now being embraced by an entire division within Adventism.

Instead of staying with the biblical view on ordination the Seventh-day Adventist Church in Europe is supporting a sexless ministry where no distinctions exist between men and women. As a result some of their unions have stopped ordaining men altogether. This is apostasy because both ministry and ordination were established by God, not man. Marriage, family, moral law, worship, church, ministry and ordination were created by God. Fallen, erring, mortal man does not have the authority to change the order that God established in the beginning. [2]

Some today want to obliterate the differences that God created between men and women. Others are so passive that they try to avoid this issue altogether. There is an attitude by many to not take any position regarding the roles of men and women in marriage and in the church because it’s too controversial. It’s when pastors and leaders stop teaching about the biblical roles of men and women that the secular, feminist mindset begins to take over. It’s the silent leadership who are responsible for the disintegration of our institutions.

Those who don’t stand up and take a position on this issue are in fact allowing for the secularization, the liberalization and the feminization of God’s people. This is destroying the spirituality of the church. The feminists in the Trans-European Division of Seventh-day Adventists say that they must follow their conscience. Martin Luther said that his conscience was bound by the word of God – not by liberal, godless errors that erode the word of God.

Well, I too have a conscience. The conservatives within Adventism who voted “no” on women’s ordination in 2015 also have a conscience. And my conscience tells me to resist and to make every effort to oppose this liberal, godless, secular, feminist agenda. I will encourage everyone, including my small infant children, to resist this movement that is attempting to overturn twenty centuries of Christian history and the clear witness of Holy Scripture.