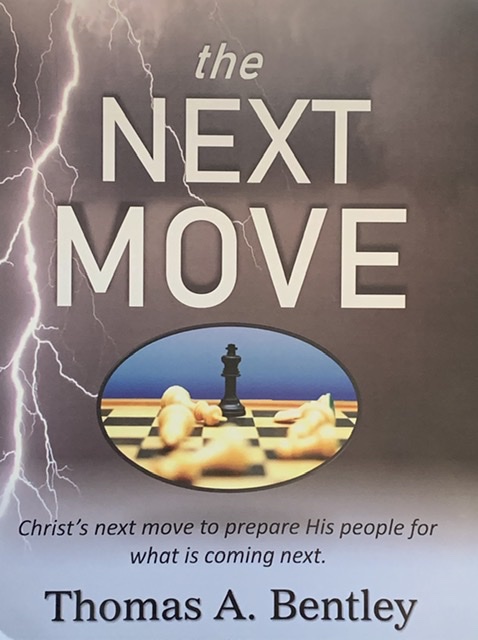 It’s a privilege to interview a God-fearing leader whose beliefs and values are deeply rooted in the Bible and Spirit of Prophecy. We want to thank Pastor Thomas A. Bentley for taking the time to answer some questions about his new book.

Andy: Thank you Pastor Thomas A. Bentley for doing this interview. Before we begin could you please tell us about yourself and how long have you been serving God?

Pastor Bentley: My journey with Jesus began in the mid 1990’s with the marriage to my wife Julie.  At that time, I was working as a Senior Research Engineer at the Airforce Research Laboratory.  My wife was raised as a Seventh-day Adventist Christian but wasn’t really living as one at that time.  One Saturday Julie got up to go downstairs with the intention of fixing something for us.  The next thing I knew, she was right back upstairs, and with a voice of determination, she said she was going to the local Seventh-day Adventist Church, and I could come if I wanted to.  Later she told me she felt the presence of God leading her.

To make a long story short, I went.  Julie asked the Pastor to give me Bible studies, and even thought I traveled an awful lot, we completed them in about a year.  I found the gospel message and the biblical truths compelling and I accepted the Lord as my Savior, and Julie and I were baptized.  About two years later, as the Lord was working on our hearts, we left our jobs, and sought to serve God full time in whatever ministry he led us to.  Eventually, this led me to the Andrews Theological Seminary, and then into Pastoral Ministry.  At first I thought that what Julie and I did was unique, but in our travels I found that God has been calling many people, just as He called us.

Andy: I recently read your book called The Next Move. You cover a lot of sacred history from the Old Testament, the New Testament, the Apostolic Church, the Reformation, the Great Second Advent Movement and the future, final movement that will finish God’s work. I saw parallel after parallel leaping out of the pages. What inspired you to put this work together?

Pastor Bentley: As a pastor I have seen in the last few years a shift in focus in the Seventh-day Adventist church.  These shifts are towards the extremes, left and right.  Missing in this is the very purpose and reason God put the Adventist Movement together in the first place.  We really are a unique people in sacred history and have a special mission to the world.  My goal in writing The Next Move – Reformation 2.0, was to bring as many as possible back to the center by sharing just how important we are as a people.

The Seventh-day Adventist church literally is the next and last wave in the Protestant Reformation.  I wanted to prepare a book and seminar, that could be used by Adventists and others, to start small groups with their friends and neighbors as prework to a larger meeting on prophecy.  I planned the book to be segmented into ten weeks.  Each week the group would read a chapter, or watch a video, and then do a Bible study that I am preparing right now that goes along with the book material.

Andy: A recurring theme that I noticed in The Next Move is that in every generation, from Moses down to our time, there have been attempts to adapt the word of God and conform it to the popular practices of the day. In your opinion does this diminish or strengthen our public witness?

Pastor Bentley: While I was at the Andrews Seminary, I was privileged to meet Dr. Fernando Canale.  I had him for a class on revelation and inspiration and the doctrine of God.  He was the professor who opened up my understanding of how human philosophy impacted church history, and ultimately our understanding of God.  One of the maxims he shared was the fact that how a person views God impacts their theology, and ultimately the doctrines that flow from this understanding.  This is what happened in the second century of church history.  Church leaders had a different idea of what God should be like, and they mixed this into the theology and teachings of the church.

This change in understanding of God, away from what is revealed in Scripture, made it possible to adapt the popular beliefs of the day into what was considered Christian.  This put in motion what I call the rise of Christian Humanism.  The zenith of this was the Roman Catholic church in the thirteenth and fourteenth centuries.  Today humanist tendencies are in full display in Christianity.  Looking back on history, the purpose of the first Reformation with young Martin Luther, was a rejection of human philosophy.  Reformation 2.0 in the nineteenth century is a continuation of this.

Andy: I like the illustrations in your book. In one particular illustration you show that when we read the word of God through certain “filters” such as culture, tradition and philosophy we are actually creating a “synthesis” of “presuppositions and the Bible.” How dangerous is this and is this the reason why we have so many views when reading the same Bible verses?

Pastor Bentley: Absolutely.  This maxim is true for pretty much every system that is based upon a foundation of knowledge.  For example, science is basically a systematic investigation that results in theories, and laws that are considered knowledge.  Today, the popular paradigm of origins in science is atheistic Darwinian evolution.

This is considered knowledge in science even though its mechanisms of natural selection, and random mutation have been shown time and again completely incapable of doing what they claim it can do.  This is ignored by the scientific community.  Children educated in this culture now have a worldview based upon atheism.  They are taught that we are related to the monkeys, and that the only thing that matters is do whatever it takes to climb above your neighbor.

Think about what Social Darwinism has brought to our culture – eugenics, racism, classism, you name it.  When a Darwinist looks at the data, say the Grand Canyon, they instinctively look at that data with the back story of Darwinism.  They interpret it with that background.  Well, the same thing happens in Theology.   Human philosophy has been the back story of Christian theology for decade after decade of Christian history.  It is no different today.  In the book The Next Move, I stop around the nineteenth century, but I could write another entire book about how human philosophy has continued to influence what we call Christian knowledge in the twentieth and twenty-first centuries.

As Adventists, our mission is to reject humanist philosophies, and return to the Biblical text as a source for understanding God.  This includes how God reveals Himself, and how the inspired text describes the humanity God created.   Christianity needs to see how terribly damaged our knowledge of God, humanity and the creation have become due to the humanist philosophies.  Only then can we begin to appreciate the power and importance of the Gospel.

Pastor Bentley: The Great Controversy actually covers a larger period of Christian history, and where the material in the book the Next Move intersects it is interesting how Ellen G. White highlights these issues from an inspired perspective.  I cannot understand how people would say that knowing the events of the past is somehow unimportant.

It is only by seeing what happened in the past that we can understand the movements that we see in the present. Just as Solomon said; there is nothing new under the sun.  In my opinion, if people try and separate you from your past, they are preparing your mind to be molded by something that knowing the past would protect you from.

Andy: I like the way you show how the Jesuits, the Fox sisters, Charles Darwin, John Darby and others were able to introduce so many theories, philosophies and false doctrines to counter the final movement of God. Instead of embracing these inventions found so prevalent in today’s religious circles, what should be the attitude of God’s people today?

Pastor Bentley: It truly is amazing how the forces of darkness attempt to envelope the light that real reformation provides.  Biblical reformation is a reforming of the heart and mind – back to principles based upon the Scriptures.  Satan, on the other hand is battling to keep humanity in the dark.  I like how Paul puts it in Ephesians 6:12, that our struggle is not with people, but with the ideas of those who are engulfed in spiritual darkness.

It is also interesting to see that as God gathered his people to proclaim Reformation 2.0 in the nineteenth century, that these forces appeared, that you mentioned above.  Today knowledge derived from these sources darkens our world.  By educating ourselves about how these movements arose, a person wipes the dirt off their spiritual glasses, and can easily see the truth through the Scriptures.

Andy: Personally, I believe The Next Move is a breath of fresh air for this dangerous time we are living in. It affirms the faith once delivered unto the saints (Jude 1:3) and shows us what God is about to do to counter the last day deceptions. What final thoughts can you offer us about your book and how can someone who may be interested obtain a copy?

Pastor Bentley: I really hope that a book like this is helpful in reaching people as we see prophetic history being fulfilled.  As I indicated, it would be an interesting small group study for our friends and family members who are unaware of this history.  Currently all I have is an email address to share with folks who are interested in obtaining a copy of the book.  It is reformation2.0@yahoo.com

I hope to make it available on the popular ecommerce websites as soon as I get that figured out.  Pray for me, as the Lord directs me in this work.  Some of the concepts that come from this study can be found in a series I did for Amazing Discoveries called “Have you Swallowed the Hook.”  This is a six-part series on the impact of the atheistic philosophy of Darwinism on society and the church.  You can find it on YouTube, or get the book by the same name from me.  Also, I have written a book on science called, “How to Think about Science in the Age of Evolution.”

I originally wrote and prepared this material for our young people to help them keep the faith regardless of what level of science education they participate in.  I teach the four things you need to know, and the two practices you need to do to keep the faith in the age of evolutionism.  I just shared this in a five-part series for my local Adventist school. It was well received.  This is another story, but I would love to share why I wrote this book on science.  I know that all of us need to be educated on how to think about science, especially today.  God Bless. Pastor Thomas Bentley