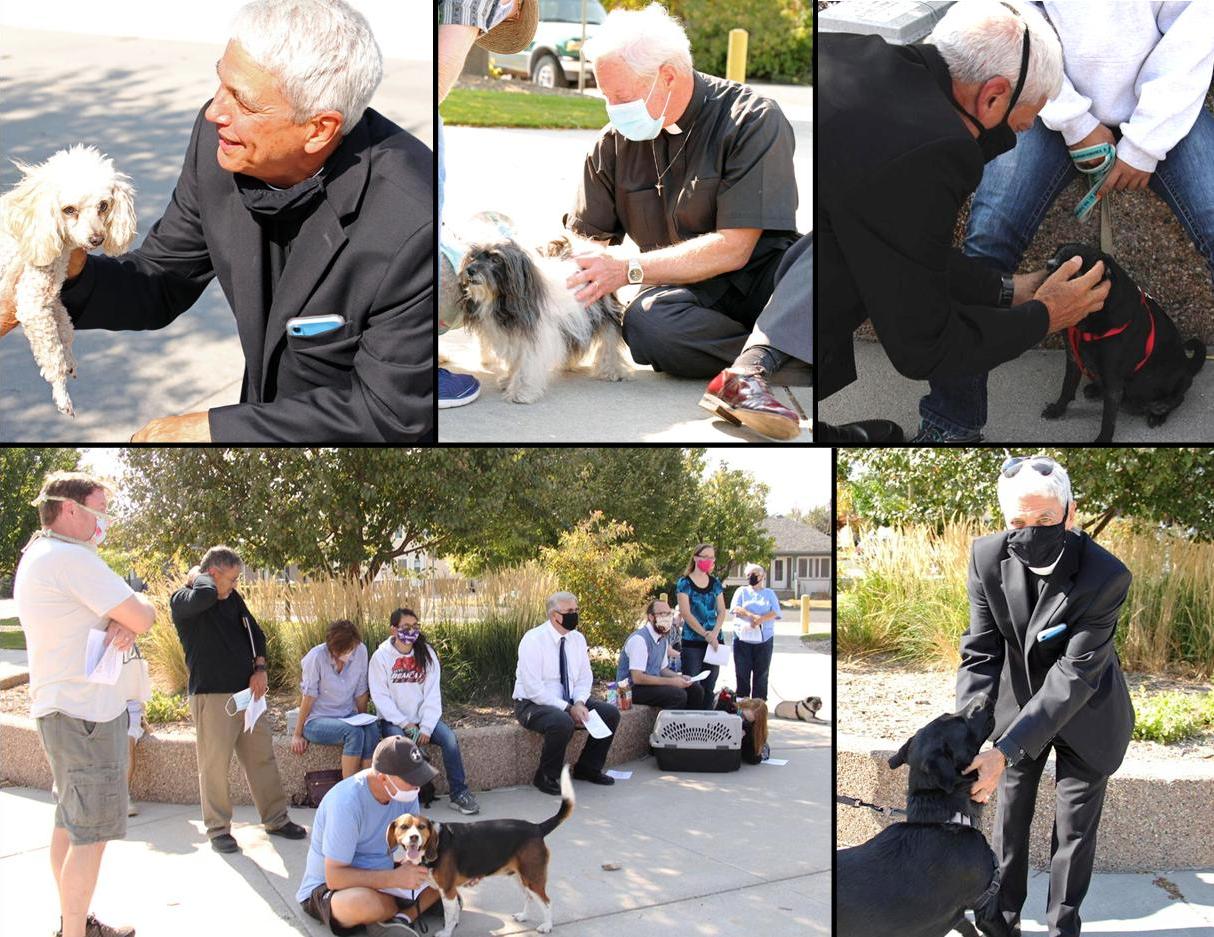 The meetings of the Annual Council of the General Conference Executive Committee are underway and will take place from October 6, 2020 to October 14, 2020. At this year’s gathering of top Adventist Church leaders, a new evangelistic focus has been initiated called “Reach the World: I Will Go.” On Tuesday, October 6, 2020, President Ted Wilson spoke of this new initiative and the need for all members and all churches to participate. In the following video, President Wilson explains that part of this evangelistic drive involves sharing the Three Angels’ Message to the world.

In the same week that Ted Wilson was focused on engaging every church member to preach the Three Angels Message, other Seventh-day Adventists were celebrating the Feast of St. Francis of Assisi on Sunday, October 4, 2020, just two days before. Here we see two distinct efforts operating at cross purposes within Adventism. How does this even happen?

“People remember him, St. Francis, for his loving nature and believing creation ought to be revered because God created it,” Father Mark Selvey, lead pastor at St. Francis Episcopal Church.” [1]

Loving and revering nature? Francis of Assisi is the Patron Saint of nature and he promoted many of the pantheistic philosophies that are found in paganism. In his canticle (song/prayer) to ‘Brother Sun and Sister Moon,’ Saint Francis advocates the same veneration to the earth commonly found in the non-Christian indigenous religions. [2] 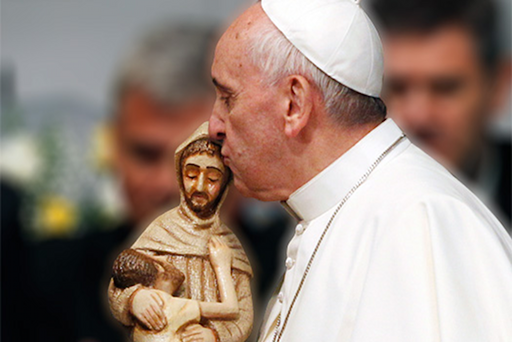 Pope Francis kissing an idol of St. Francis of Assisi.

Our faith is under attack from all fronts and we participate in these events and act like nothing is happening. We are being dragged into Rome’s interfaith sinkhole and somehow we do nothing to stop it. The reason why some Seventh-day Adventists were celebrating the Feast of St. Francis of Assisi on October 4, 2020 is because top General Conference leaders had already participated in pantheistic prayers commemorating St. Francis last month. [4]

So at Annual Council, when we talk about preaching the Three Angels’ Message and sharing our faith with the world, what are we talking about? Are we more interested in maintaining an appearance of faithfulness instead of truly being faithful? Why are we giving lip service to the Three Angels’ Message while honoring dead Catholic saints during the same week of Annual Council 2020? St. Francis of Assisi is venerated by Roman Catholics, Lutherans, Anglicans, Episcopalians and now, apparently, by some Seventh-day Adventists.

Why are we doing this? Is it because we no longer have any courage or any sense of urgency to warn the world? Do we not have the backbone to reject these interfaith commitments? Do we not want to appear to be in opposition to Rome’s ecumenical movement?

Whatever the reason, it appears that we no longer have any genuine convictions of our own. It seems that maintaining the appearance of preaching God’s final warning message is far more important than actually calling people out of Babylon and warning them against the mark of the beast. Are we going to obey the dictates of the world and only talk about the truth? Or are we going to obey God and actually proclaim His message to the world?

“We are living in the closing scenes of this earth’s history. Prophecy is fast fulfilling. The hours of probation are fast passing. We have no time—not a moment—to lose. Let us not be found sleeping on guard. Let no one say in his heart or by his works: ‘My Lord delayeth His coming.’ Let the message of Christ’s soon return sound forth in earnest words of warning. Let us persuade men and women everywhere to repent and flee from the wrath to come” (Testimonies, vol. 8, p. 252).

As the stage is being set and as the world’s religions unite, God’s people must stay true to Him and belong to the faithful group of believers described as the “remnant” (Revelation 12:17) who “keep the commandments of God and have the testimony of Jesus Christ.” This “remnant” is sounding a warning to the multitudes of people who are blindly being led into the final apostasy of Christendom. God’s people will be admonishing the world not to “worship the beast and his image” (Revelation 14: 9), and will call all men and women to “keep the commandments of God and the faith of Jesus.” (Revelation 14:12).

We must free ourselves from the clutches of the great apostasy. The modern ecumenical movement is the snare that Rome uses that will bring a resurgence of the first beast (Revelation 13:3, 4). Interfaith unity and cooperation will also lead to the unification and crystallization of the “image” of the beast (Revelation 13:14). And because these powers lack the biblical truth to back up their claims, they are turning to spiritualism and pantheism to give them an unholy influence and power in an attempt to legitimize their movement.

“The coming of Christ is nearer than when we first believed. The great controversy is nearing its end. The judgments of God are in the land … But there are many, many in our churches who know little of the real meaning of the truth for this time. I appeal to them not to disregard the fulfilling of the signs of the times, which says so plainly that the end is near” (Testimonies, vol. 8, p. 252).