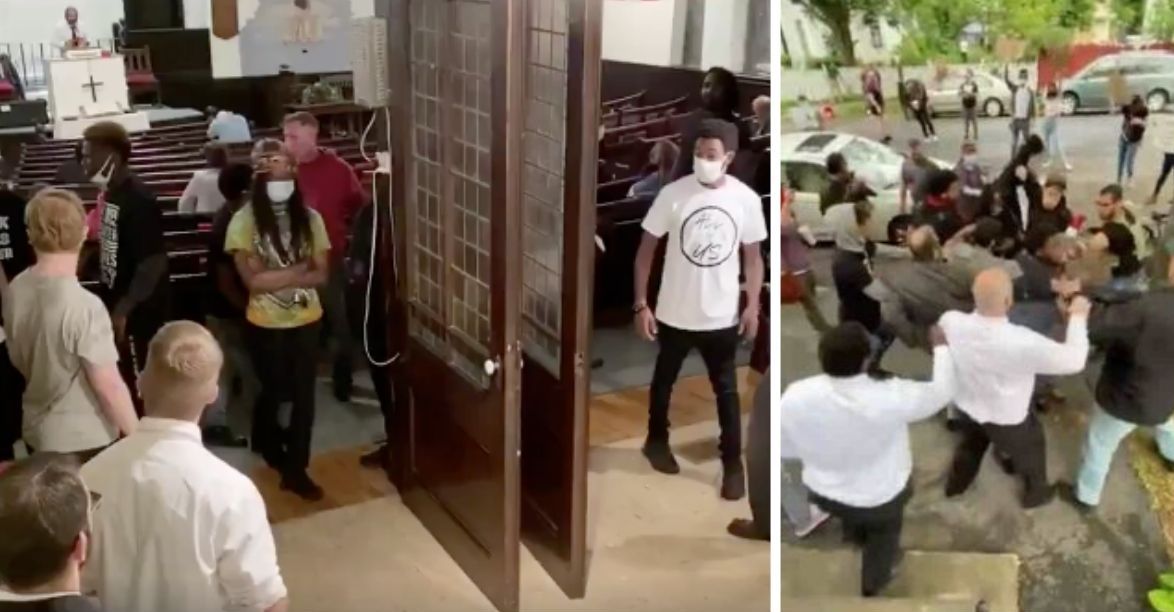 The Black Lives Matter movement has no credibility. They are a bunch of cowardly thugs targeting peace-loving Christians. How can anyone support an organization that endorses the intimidation of mothers and children trying to worship in church while big, strong men yell at them with megaphones? This is harassment and shows that the BLM movement has nothing to do with civil rights. This is the type of persecution that the Nazis used against the Jews before implementing their “final solution.”

These young children were more mature than the thugs berating them and their mother as they walked into church.

Members at Grace Baptist Church in New York have had their worship services interrupted by protesters. Some chanted “Black Lives Matter” inside the sanctuary (see video below) while others shouted “No justice, no peace” outside as worshipers attempted to make their way into the church. No one is safe from these anarchists, not even young children and babies.

Christians at Grace Baptist Church in Troy, NY we’re gathering to worship Sunday when BLM stormed their sanctuary and took over their church.

Law abiding Christians are being shouted down with bullhorns. They are being shamed and threatened for simply attending church services. This is not about “black lives” because there are black people who also attend this church. This is about targeting “conservative” churches and those who embrace the moral teaching of God’s word. 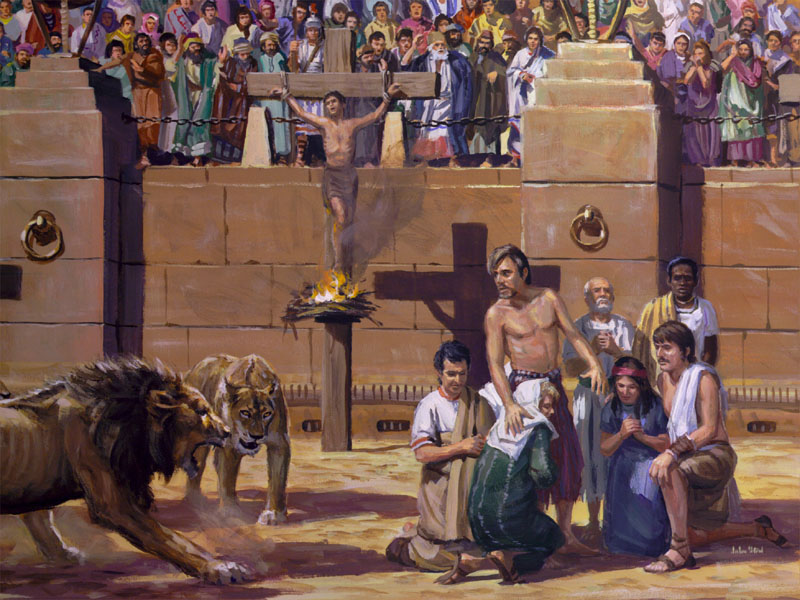 The Lions are not Far Away

Have we forgotten that the Christian faith was spread by the early church under the flames of persecution? Persecution and harassment were part of the daily toil that our ancestors had to endure. Have we not seen the paintings and works of art dedicated to the first Christians who were thrown into the lions’ den? The truth is, we don’t have to go back that far. Today’s Christians live under the continuous threat of harassment, marginalization, discrimination and martyrdom in many parts of the world.

attendees to
Grace Baptist Church
in TROY. NY had to be
escorted in and out of
church today as they were
berated by #BLM protestors:
take a hard look at this ——> pic.twitter.com/zWwpilWDy8

The lions are never far away. We can hear them roar. How many warnings did Jesus give about the persecution of the last days? Can we imagine that we will live in peace and have a quiet life in this world of sin and sorrow? We have been told that the world’s opposition is proof that we are doing the work of God. The world will hate us and we will suffer for our love for God and for our fidelity to His word. Yes, persecution will come, but that does not mean that God’s people will not speak against it. We must give a warning message to both the persecuted and the persecutors. We are called to be true witnesses during this time.

“The third angel is represented as flying in the midst of heaven, symbolizing the work of those who proclaim the first, second, and third angel’s messages; all are linked together. The evidences of the abiding, ever living truth of these grand messages that mean so much to us, that have awakened such intense opposition from the religious world, are not extinct. Satan is constantly seeking to cast his hellish shadow about these messages, so that the remnant people of God shall not clearly discern their import—their time and place—but they live, and are to exert their power upon our religious experience while time shall last” (Selected Messages, Vol. 3, p. 405).

Every time we adopt the non-threatening and non-offensive approach to evangelism, we minimize our distinctive beliefs. Every time we focus only on the common points of faith, we are inviting the world’s friendship into our lives. When we remain silent before the scenes of the final apostasy, we are betraying our sacred trust and duty. We cannot purchase a false peace in exchange for our silence.

We will never back down from wickedness in Troy, NY! pic.twitter.com/g1WYDmebG9

When the Nazis began purging people from their society, the German people were complicit through their silence. This was especially true for church leaders. Pastor Martin Niemöller was the author of the “First They Came…” poem that illustrates the silence and cowardice of the German people, including his own. Here is Martin Niemöller’s own confession:

Remaining neutral while churches are being harassed, while citizens are being attacked and while property is being destroyed makes us part of the problem. Innocent Christians are being targeted, and those of us who aren’t being persecuted have the responsibility to speak out for them. If we don’t, we will soon find ourselves among the persecuted. It’s only a matter of time before the lions come for you.