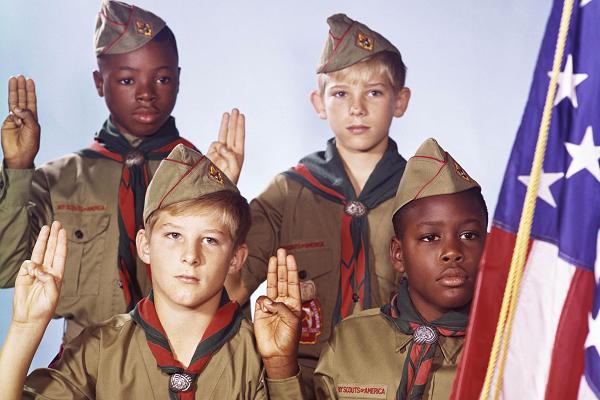 Political correctness has claimed yet another victim in the battle to socially reengineer every institution in America. War has been declared on God and on all things moral. There is an agenda to bring in multiculturalism and inclusiveness into every church, every social and civic organization, into the schools and into society in general. It’s a war against normality, reality, biology and sanity.

The Boy Scouts of America has lost its way. They used to teach immature kids how to become young responsible men. Morality was one of their time-honored principles. But now they are dropping the word “boy” from their name in a effort to become more inclusive and gender neutral. They now allow girls, transgender, gay scouts and gay leaders into their ranks.

The militant LGBT+ revolutionaries are on a rein of terror on everything we hold sacred. They will not allow anyone or anything to stand in their way. The propaganda of the sexually deviant anarchist has taken over and many more casualties in this cultural war will soon be mounting up.

In full view of these and other developments, we must be wakeful, watchful and in earnest in the preaching and teaching of “sound” doctrine. Let us never grow weary of the pure, plain gospel of Jesus Christ.