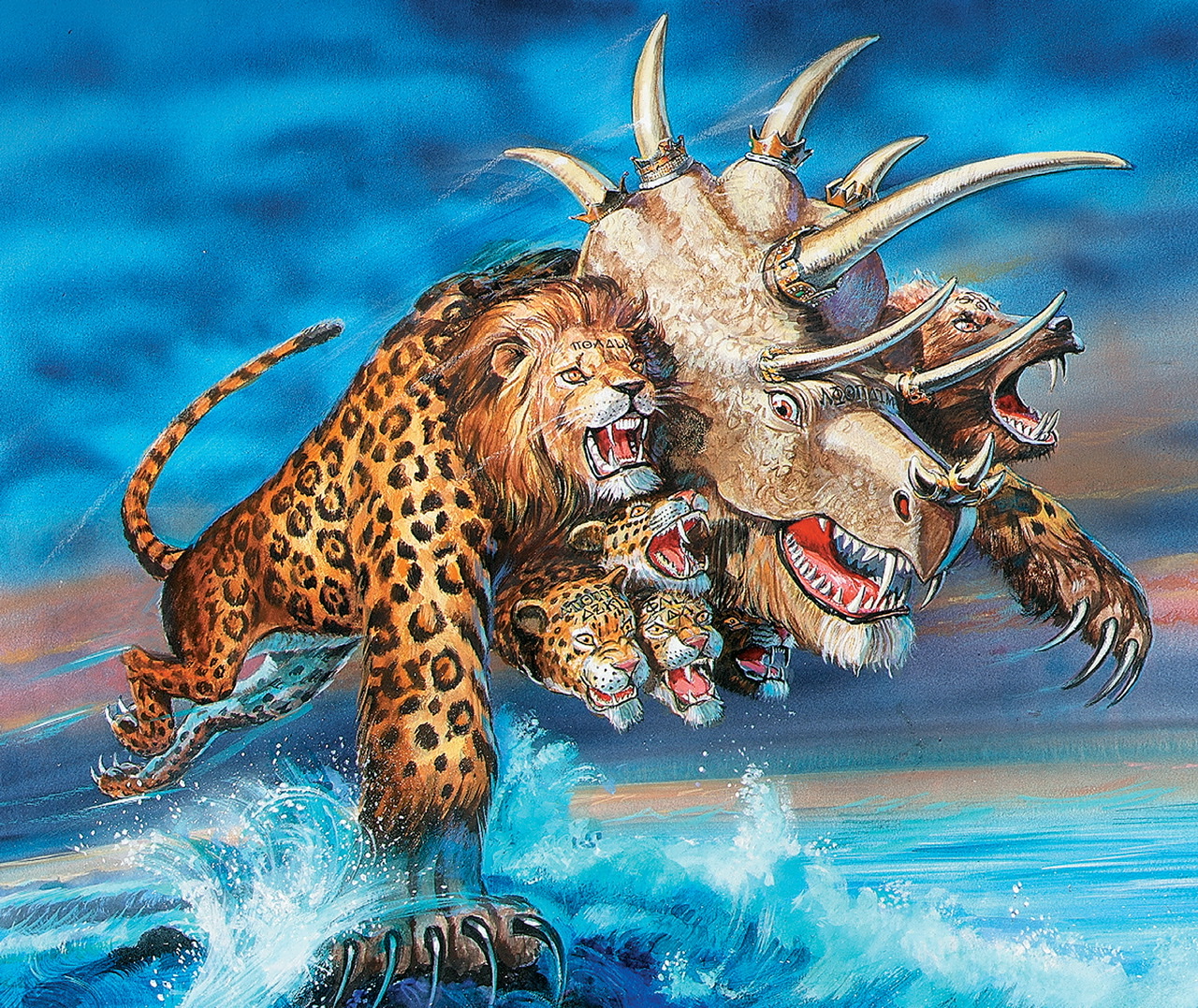 To all the children of God who suffer from heart sickness as they see the bright lights of our leadership go out by fraternizing with the enemy, to the point of apostatizing the truth of the gospel and our trusted message and belittling our mission. I want to encourage you not to fall into the trap of Satan. There are reasons to apply what we have learned in years past to the present conditions around you. Remember the truth of God contained in His promises, like the one below:

“In view of these things, God calls upon his people to be bright lights in the world, shining amid the darkness of sin. Living the life of the Life-giver brings its reward. He went about doing good. This every true follower of His will do, filled with a sacred sense of his loyalty to God and his duty to his fellow beings.” (Upward Look, 177).

Beloved, be inspired by the fact that you don’t have to be in leadership to be a bright light; just remain true and faithful and God will use you to fill the vacancy where there was once a bright light. You may be that person God will use.

Our leadership suffers from the fatal disease of pride. Pride in desiring love and admiration, not only from the world, but also from the very church that Satan has established on seven hills, and from the one who boasts of being Christ on earth. What blasphemy! When the leaders of our church were baptized into the Seventh-day Adventist faith, they learned an important thing, that they were to give the gospel a certain sound, and along with the gospel, they were called to expose the wickedness of the man of sin.

“In the very time in which we live the Lord has called His people and has given them a message to bear. He has called them to expose the wickedness of the man of sin who has made the Sunday law a distinctive power, who has thought to change times and laws, and to oppress the people of God who stand firmly to honor Him by keeping the only true Sabbath, the Sabbath of creation, as holy unto the Lord” (Testimonies to Ministers and Gospel Workers, 118; Evangelism, 233).

It is sad but true, but most of our leaders have abandoned that special anointing of the Holy Spirit at their ordination, to feed the flock the truth of the gospel, the straight testimony, and to give the three angels messages to the world. And all the while the leadership is falling down on its job. Not a word from our President (Ted Wilson), except a sermon once a month that feeds us with milk. I know our president wants and believes he is encouraging the flock. What he refuses to acknowledge is what the flock really needs, and that is for him to actually lead the church, to stop the apostasy and to signal the “walking back to Egypt by our leadership.” Instead, by his inaction and silence, he is adding to the apostasy.

Another point to raise has to do with the pastors in our churches who fall into the category of apostasy. These are those who are not willing to deliver the “straight testimony” of present truth regarding the times in which we live, a time of crisis when the lamb like beast starts acting and speaking like a dragon. At this solemn and prophetic time in history, our pastors want to continue feeding the flock milk when they should be feeding us solid meat that comes from the straight testimony. Why? Inspiration says that it is the only thing that will cause the shaking and separate the wheat from the tares. It is the one thing that will purify the church so that we can truly become the Bride of Christ.

“I asked the meaning of the shaking I had seen, and was shown that it would be caused by the straight testimony called forth by the counsel of the True Witness to the Laodiceans. This will have its effect upon the heart of the receiver, and will lead him to exalt the standard and pour forth the straight truth. Some will not bear this straight testimony. They will rise up against it, and this is what will cause a shaking among God’s people … The numbers of this company had lessened. Some had been shaken out and left by the way. The careless and indifferent, who did not join with those who prized victory and salvation enough to perseveringly plead and agonize for it, did not obtain it, and they were left behind in darkness, and their places were immediately filled by others taking hold of the truth and coming into the ranks.”  (Early Writings, 270, 272).

We have finally come to what I believe is the most important quote, as it pertains to the condition of God’s Church, and the most important reason why OUR PASTORS ARE AFRAID TO PREACH PRESENT TRUTH TO THE FLOCK. Why? Because in their minds it will decrease their approval ratings with the world. Someone will be offended. Of course we know what the real reason is!

Read the quote below slowly, with the intention of never forgetting the power and truth that is expressed. And notice, the responsibility doesn’t just fall on the pastors; it also falls on the people who sit in the pews and those who don’t take their position seriously as children of God who are privileged to be in the Remnant faith. If this is our case, there is a chance you will not overcome your sins before Jesus returns; which means, you will not be empowered by the Holy Spirit to be sealed to give the loud cry; which means you will end up keeping the false Sabbath; which means you will receive the mark of the beast.

“If those who have been in the church for weeks and months have not learned the straightness of the way, and what it is to be Christians, and can not hear all the straight truths of the Word of God, it were better that they were cut off from Israel. It is too late in the day to feed with milk. If souls a month or two old in the truth, who are about to enter the time of trouble such as never was, can not hear all the straight truth, or endure the strong meat of the straightness of the way, how will they stand in the day of battle? Truths that we have been years learning must be learned in a few months by those who now embrace the Third Angel’s Message. We had to search and wait the opening of truth, receiving a ray of light here, and a ray there, laboring and pleading for God to reveal truth to us. But now the truth is plain; its rays are brought together. The blazing light of truth, when it is presented as it should be, can be now seen and brought to bear upon the heart. There is no need of milk after souls are convinced of the truth. As soon as the conviction of truth is yielded to and the heart willing, the truth should have its effect, the truth will work like leaven, and purify and purge away the passions of the natural heart. It is a disgrace for those who have been in the truth for years to talk of feeding souls who have been months in the truth, upon milk. It shows they know little of the leadings of the Spirit of the Lord, and realize not the time we are living in. Those who embrace the truth now will have to step fast. There will have to be a breaking up of heart before the Lord, a rending of heart, and not the garment.” (Manuscript Release, Vol. 1, p. 33).

I feel that the real point of the quote is a joint statement, not only to the pastors, but also to the flock that is willing to sit week after week, year after year satisfied with the milk that they are being fed. They should be the ones standing, expressing their desire for the meat of the Word from their pastors. And if the pastors are unable or unwilling to feed their flock meat, they should be replaced by those who will!

Beloved, we do not want to contribute to the apostasy in the church by being a complacent bystander, without taking our faith seriously. There needs to be a change in those who want to be sealed. Let’s bless one another, love one another, encourage one another and pray for one another and demand the meat of the Word in our local churches. Only then will you get it. One last quote from the pen of inspiration.

“The Lord declared to the children of Israel, ‘Ye shall serve the Lord your God, and he shall bless thy bread, and thy water; and I will take all sickness away from the midst of thee.” [Exodus 23:25.] The Lord has solemnly covenanted with us that if we walk in His ways and do righteousness, He will preserve us. In this world we are on test and trial, forming characters for the future immortal life. We need a light that is continually burning—a light kindled from the glorious light flashing from the threshold of heaven. The truth must dwell in us with all its purifying and refining influence. The whole world is to be enlightened by the brightness of those who are partakers of the divine nature.” (Manuscript, 102, 1901).

Oh yes, the bright lights may go out, but the task of finishing the work is put into our hands. Let us all join this fight as soldiers in the Lord’s army. God Bless you all.

Robert Richardson, affectionately known as ‘Bro Bob,’ writes from Alberta, Canada and will turn 90 this year. He is actively writing commentary on current events several times a week for those on his email list. You can reach Bro Bob at: ubd896@hotmail.com