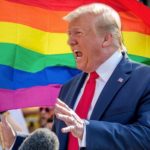 Richard Grenell is the first openly gay person to serve in a U.S. cabinet-level position. U.S. President Donald Trump nominated Grenell to serve as the U.S. Ambassador to Germany in 2018. Later President Trump appointed Grenell as Acting Director of National Intelligence in the Trump Cabinet in 2020. [1] Last week, Grenell posted a 3-minute […] 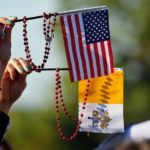 “Let the watchmen now lift up their voice like a trumpet, and give the message which is present truth for this time. Let them know where we are in prophetic history, that the spirit of true Protestantism may awaken all the world to a sense of the value of the privileges of religious liberty so […] 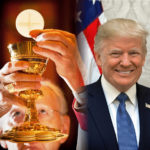 With only three months to go until the November 3, 2020 presidential election, the Trump 2020 campaign is working hard to attract Catholic voters. The Trump campaign has a website to court the Catholic vote. It is called Catholics for Trump 2020 and it is motivating Roman Catholics to support the re-election of Donald Trump […] 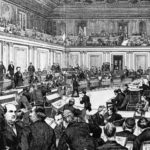 Towards the end of the 19th Century there was a religious movement that felt compelled to launch a campaign to formally recognize Sunday as the day of rest in the United States. Their desire was to bring America out of spiritual decline caused by the Civil War. They wanted to unite the country and strengthen […] 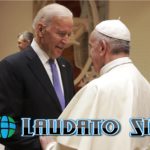 Joe Biden is running for president and he has presented his “vision for America.” Part of his vision is to establish an economy with “100 percent clean energy” and “zero emissions” in the United States. On his official campaign website, Biden has promised to become a steward of “our creation and protect our planet against […] 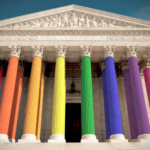 In a 6-3 majority decision, the unelected, unaccountable, Ivy-league educated and elite judges on the US Supreme Court have declared that the laws of all 50 states must now be struck down, and the decision of these six judges has now determined that sex has officially ceased to be a biological reality. Sex is now […] 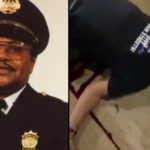 Captain David Dorn was a 38 year police veteran and leader in the community. The local news reported that he was “very dedicated” to the “youth, especially disadvantaged youth.” Captain David Dorn wanted the youth “to do the right thing all the time.” He was “bigger than life” and a “fun” and “happy guy,” the […] 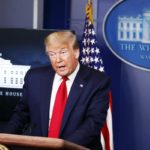 Churches in some states are being unfairly and unconstitutionally targeted. Far more restrictions are being placed upon houses of worship than on secular businesses. For example, in Minnesota, churches can only have 10 people at a time while restaurants, bars, salons and barbershops are allowed to have 50 people. [1] Minnesota shopping malls and retail […] 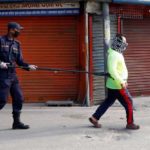 Government officials and mayors across the country are cracking down on “criminals” who violate social distancing laws. Public health experts are constantly creating new and ever-changing social distancing policies. These policies are then being used to create a new type of “criminal” out of ordinary citizens during the coronavirus crisis. Chicago Mayor Lorrie Lightfoot severely […] 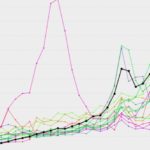 The Centers for Disease Control and Prevention (CDC) has admitted that they are using a variety of models to try and predict the spread and deaths of COVID-19. Through complex forecasting systems, the CDC is making “projections” about what they believe is going to happen. Notice what the CDC says: “What the Forecasts Aim to […]