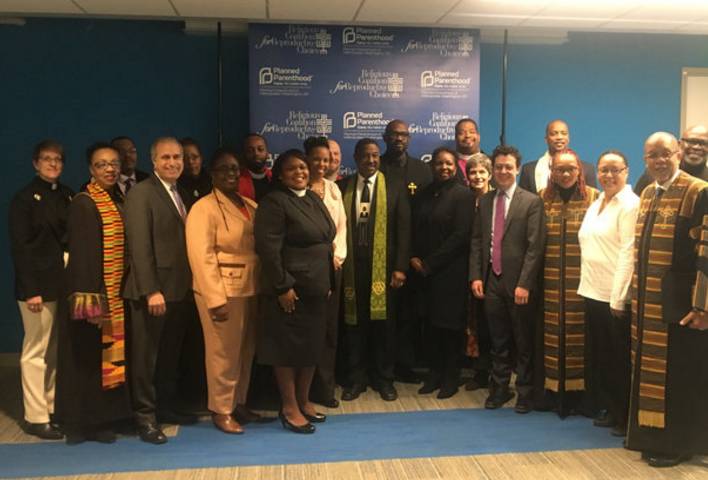 A group of religious leaders from the Washington D.C. area participated in an opening ceremony for a new abortion clinic. During the ceremony, Planned Parenthood was praised for its “sacred work.”

Religious leaders representing 20 different groups descended to Washington D.C. to lend support to the “sacredness” of the work supposedly done by Planned Parenthood.  This is truly a remarkable development when we begin to call “sacred” the wholesale slaughtering of innocent babies; or as some would call genocide. The deceitfulness of sin has blinded the eyes of the world and now even the church.
The argument has been that “Planned Parenthood” does a lot more than just abortions. The reality is that their MAIN mission is abortion. What we are seeing here is a continuation of the meltdown of morality that has been increasing every year. The church is rejecting the Biblical views of morality, marriage, sexuality and “life.”
The Bible predicted that many would apostatize (fall away) from the faith during the last days. And what we are seeing today is a wake-up call as to how far we have fallen.
“Now the Spirit speaketh expressly, that in the latter times some shall depart from the faith, giving heed to seducing spirits, and doctrines of devils.” 2 Timothy 4:1.
Please follow and like us: