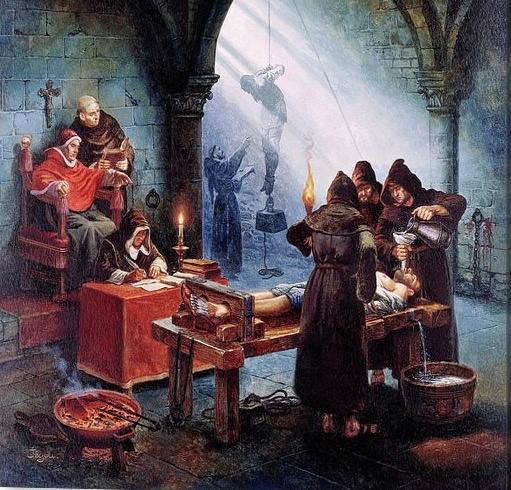 Let’s just start by stating the obvious: Comparing the compliance document voted by the General Conference Executive Committee last October to the horrible murders committed at the hands of Roman Inquisitors during the Protestant Reformation is just ignorant and plain ridiculous. Some have actually made this comparison. [1] If you believe that the compliance document is similar to the working of Romanism, you don’t know Romanism.

The compliance committees established by the General Conference are not Roman Catholic Inquisitorial Tribunals. During the inquisition you would lose your life after an extended period of torture. The worst possible outcome in a compliance committee is that you may lose your vote and/or seat in some important committee, but only after a long process which includes prayer and counseling. A compliance committee doesn’t even address your church membership status, whereas the Roman Inquisition would excommunicate you and consign you to hell fire (death) after a period of “purification” (torture).

To make a comparison between these two is to diminish the atrocities and genocide committed by the Roman Catholic Inquisition, where an estimated 50 to 100 million people were murdered mercilessly. On the contrary, Seventh-day Adventists have historically been considered pacifists. Only an ill-informed individual would characterize the compliance document, a document designed to unite the church to the historic teachings of the Bible, and call it Roman Catholicism. It is an irresponsible and desperate argument made by many who have spiritually hit rock bottom and are still digging to lower levels never seen before.

There is nothing spiritual about this kind of demagoguery. This is an attempt to garner sympathy by playing on the emotions of people – trying to bring out the worst possible outcome against the compliance document. Those who are spreading resistance and rebellion are exploiting the trauma of the inquisition in a disgusting attempt to blur the conversation away from their non-compliance and to deflect from the real issue. What is the real issue?

The legal concept of due process and the rule of law are important rights that are as old as the Magna Carta (1215). This important, historical document gave birth to parliamentary procedures and eventually led to what we have today – a constitution. In this framework everyone has a vote and a voice and all are subject to the same rules. This is the foundation of civil and religious freedoms and these principles come to us straight out of Protestantism, not Romanism.

Members of Congress have to abide by the Constitution that was ratified by the people (states). Board members in a corporation have to abide by the policies voted by its company shareholders. And those who have the privilege of serving on the General Conference Executive Committee have to abide by the decisions made by the world church in general session. All are bound by the will of the people. This is the legitimate and legal process on how problems get solved. These parliamentary procedures were bequeathed to us by Protestantism, not Romanism.

“God has bestowed the highest power under heaven upon His church. It is the voice of God in His united people in church capacity which is to be respected” (Testimonies, Vol. 3, p. 451). 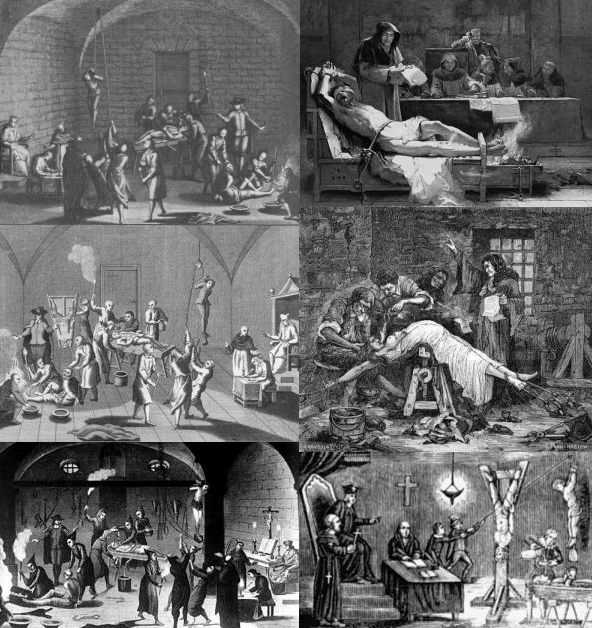 Certain people want to delegitimize the 4 votes made by 3 different General Conference Sessions and 1 Annual Council vote. These 4 votes represent the voice of the church and the will of the people. They have emphatically rejected women’s ordination and the right of individual church entities to ordain women into the gospel ministry. Some are having a very hard time accepting these 4 votes while others just don’t know how to deal with this rejection.

So instead of reexamining the Bible, the Spirit of Prophecy and church history to find out why they were roundly rejected, they have instead decided to take another path. They have engaged in an all out smear campaign to malign and discredit the entire voting process of the Seventh-day Adventist Church. Whenever we come to a point where we no longer have the dignity to accept these 4 votes, and when we have to resort to gross mischaracterizations and exaggerations – that is usually a pretty sure sign that the relationship is not going to get any better.

How can certain non-compliant brethren look at their fellow-church members and equate them to the same kind of evil that murdered men, women and children during the Protestant Reformation? And at the same time the non-compliant play the poor, persecuted victim card. This is so disturbing, but don’t believe their historical ignorance and political statements. The non-compliant who evoke the imagery of being poor, persecuted Protestants don’t live in a dungeon. They are not being starved to death. Most of these non-compliant leaders work at the division, union and conference levels and they still have their good-paying jobs, their big offices, their nice cars, their good meals, their great vacations (called mission trips) and sleep in comfortable homes far, far removed from any inquisitor’s table.

You see, it’s the non-compliant who are really in line with Romanism. They are the ones who reject the Protestant principles of due process, the rule of law and the voice and vote of the people. The non-compliant are the ones who want to arbitrarily force their unauthorized, illegitimate and unbiblical views upon the church. This attitude flies in the face of the Bible, the Spirit of Prophecy, the voted church policies, the will of the people and the spirit of Protestantism.

These are politicians and opportunists who want to rewrite the historical facts of the Reformation and who want to muddy the waters with regards to the compliance document. They are either dishonest, ignorant or both. Next time anyone wants to compare the work of bringing unity and compliance to the historic beliefs of the SDA Church – and in essence place this work on the same level of the Roman Catholic Inquisition – just don’t do it, because this is actually attributing the work the Holy Spirit (revival and reformation) to the working of Satan.

“Verily I say unto you, All sins shall be forgiven unto the sons of men, and blasphemies wherewith soever they shall blaspheme: But he that shall blaspheme against the Holy Ghost hath never forgiveness, but is in danger of eternal damnation.” Mark 3:28, 29.