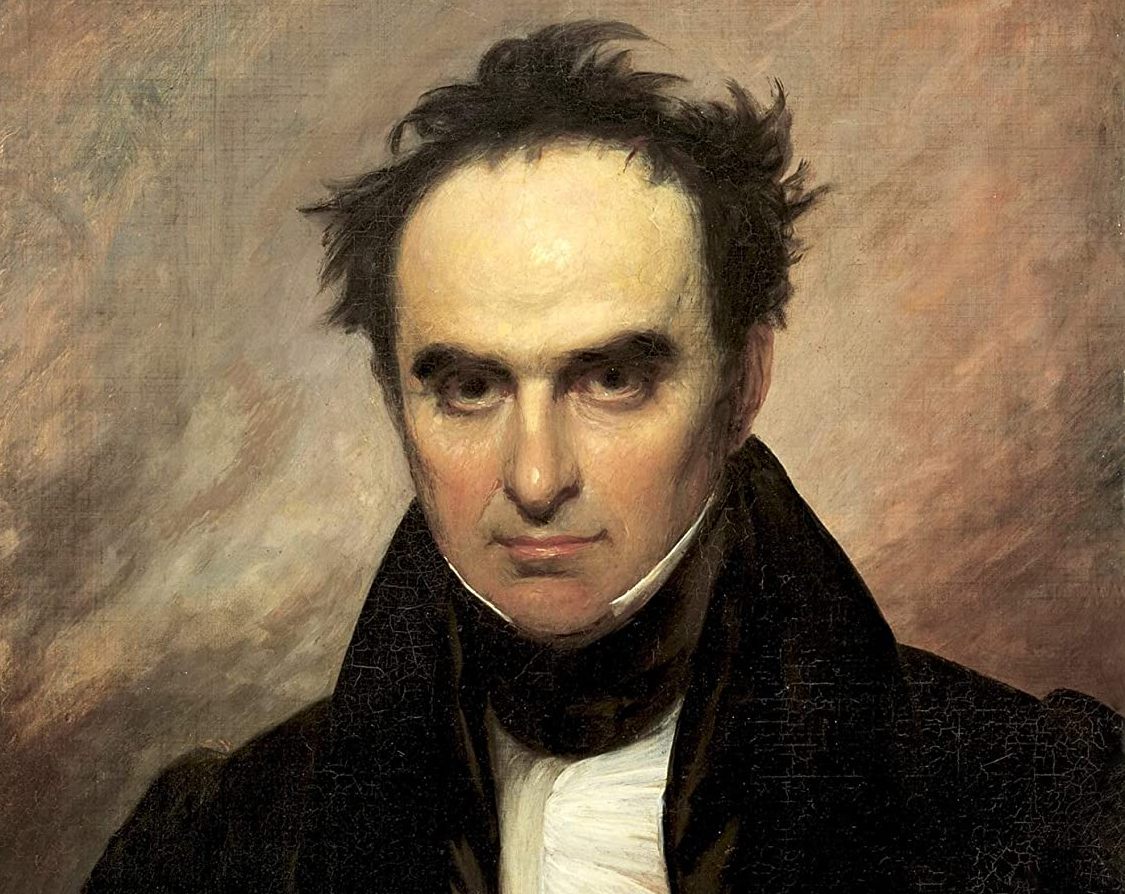 Daniel Webster’s portrait hangs in the US Senate building.

We could also add “American Prophet” to his list of achievements. Many of his statements showed that he was a Christian who believed in the Bible, and he was very clear that good citizenship, national peace and economic prosperity could not be found in a secular and godless society. Daniel Webster championed that the true principles of morality and justice are found in God’s word, the Holy Bible. In fact, Daniel Webster gave a vivid description of what our nation would be like if people began to reject God’s word in their lives. This warning has proven to be true in 2021. Daniel Webster said:

“If religious books are not widely circulated among the masses in this country, I do not know what is going to become of us as a nation. If truth be not diffused, then error will be. If God and His Word are not known and received, the devil and his works will gain the ascendency. If the evangelical volume does not reach every hamlet, the pages of a corrupt and licentious literature will. If the power of the gospel is not felt throughout the length and breadth of this land, anarchy and misrule, degradation and misery, corruption and darkness will reign without mitigation or end.” [1]

Daniel Webster spoke these words more than 170 years ago. Today’s violence, sexual permissiveness, idolatry, injustice, tyranny, riots, and our culture of death bear witness to the truthfulness of his statements. Both biblical and secular history are full of past civilizations (Babylon, Ancient Greece, Rome) that have met their end due to their great moral downfall. And will it be any different today? Absolutely not.

Anyone with a little knowledge of the Holy Scriptures knows that there is a living God in heaven who governs the affairs of men and who can see the end from the beginning. And it is God’s will that men and women recognize Him as the only true God and receive His instructions as divine revelation:

And it is equally true that every time a corrupt worldly culture turns against God and begins to persecute His people, a day of reckoning follows. God’s word makes it clear who ultimately wins in the end:

“But the transgressors shall be destroyed together: the end of the wicked shall be cut off. But the salvation of the righteous is of the LORD: he is their strength in the time of trouble.” Psalm 37:38, 39.

“He that overcometh shall inherit all things; and I will be his God, and he shall be my son. But the fearful, and unbelieving, and the abominable, and murderers, and whoremongers, and sorcerers, and idolaters, and all liars, shall have their part in the lake which burneth with fire and brimstone: which is the second death.” Revelation 21:7, 8.

On January, 20, 2021, as our nation prepares to inaugurate the most liberal, the most anti-biblical and the most radical group of ideologues ever assembled, it would do well to remember the words of a man whose portrait hangs inside of the US Capitol as a testament against this generation of Americans who no longer believe in biblical morality or divine revelation. Once again, Daniel Webster, the seasoned statesman and Christian, gave the following warning

“If we abide by the principles taught in the Bible, our country will go on prospering and to prosper; but if we and our posterity neglect its instructions and authority, no man can tell how sudden a catastrophe may overwhelm us and bury all our glory in profound obscurity.” [2]