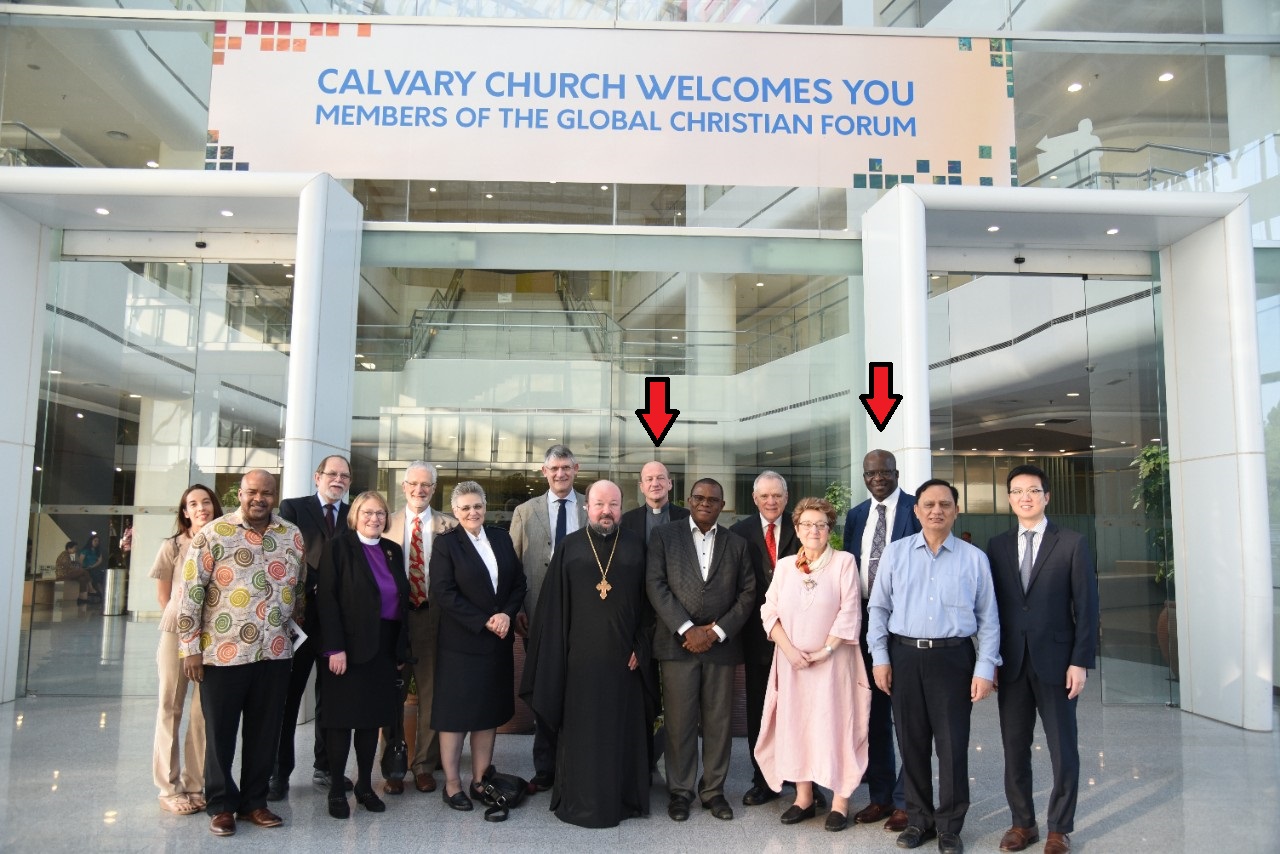 “Those who are to prepare the way for the second coming of Christ are represented by faithful Elijah” (Testimonies, Vol. 3, p. 62). 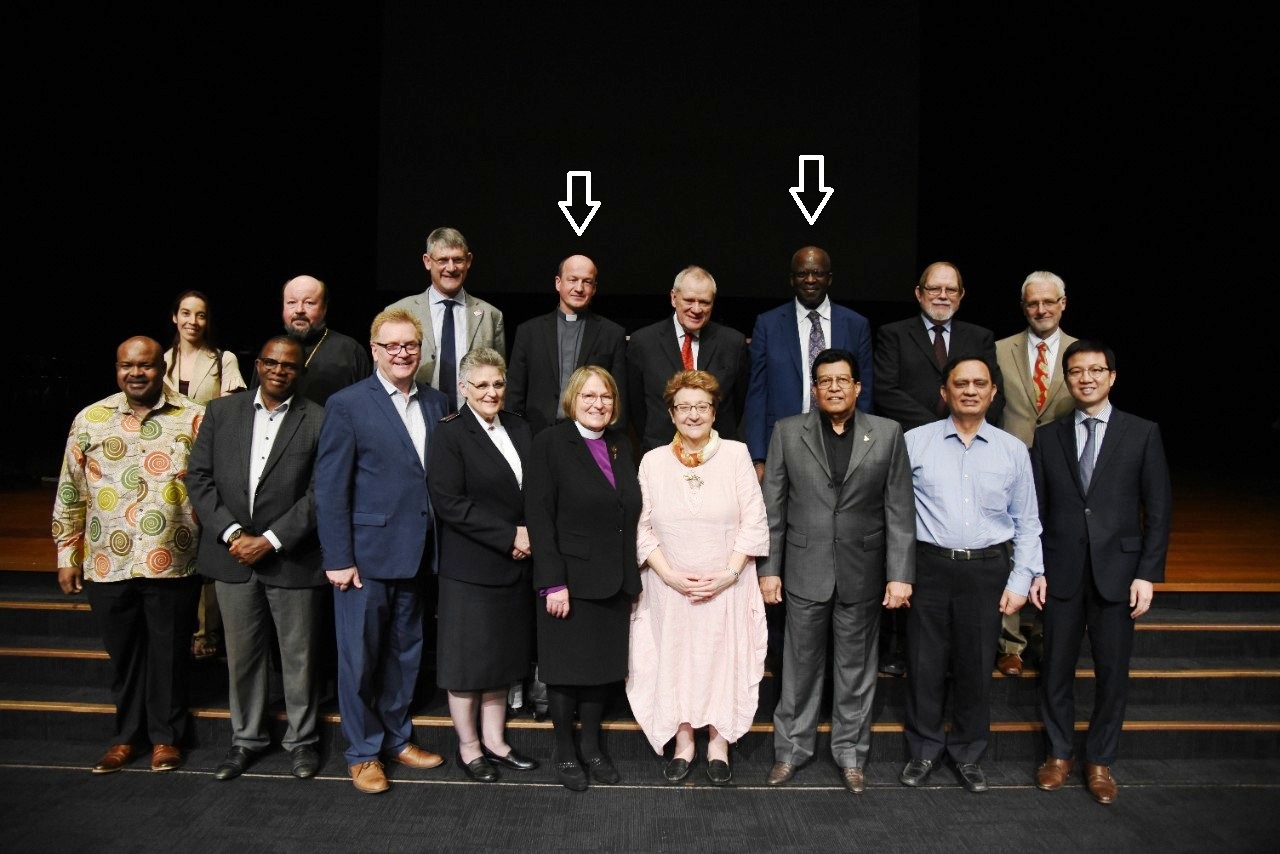 On February 10-14, 2019 members of the Executive Committee for the Global Christian Forum met together. Members include Adventists, Baptists, Anglicans, Evangelicals, Roman Catholics, Pentecostals and many more. [1]

1. Did the Prophet Elijah ever attempt to find a common witness or common ground between Jehovah and Baal?

2. Did Elijah take sensitivity training in Babylon to help him overcome anti-Baal bigotry?

4. Did Elijah dedicate his ministry to work towards eliminating the negative stereotypes and mistrusts that many Israelites had towards Baal worshippers?

5. Did Elijah collaborate with the prophets of Baal to help save the environment or to end the drought in Israel?

6. Did Elijah ever rebuke the tribes of Israel for being too confrontational and intolerant towards the gods of the Moabites, the Amalekites, the Edomites, the Ammonites, the Amorites, the Jebusites, the Hittites, the Philistines, the Egyptians, and the Babylonians?

7. Did Elijah believe that labeling Baal worship as “idolatrous,” “blasphemous” or “abominable” was unloving because these types of characterizations could alienate Baal-worshippers and other pagans?

8. Did Elijah realize that the exclusive worship of Jehovah was unnecessary because Baal worship was actually just another expression of God’s love and acceptance?

9. Did Elijah believe that Israel should work in unity with the Canaanites because they were all on the same path towards God, anyways?

10. Was Elijah an official member of the “Executive Committee” in these ancient, multi-faith, multi-cultural, multi-god worship services and did he help organize their events?

11. Did the Prophet Elijah sit down at Jezebel’s table to eat, drink and build bridges of mutual respect, peace, harmony and love with the prophets of Baal?

12. Did Elijah have a change of heart as he recognized that his former criticisms and condemnations of Baal were a hindrance to the progress of the nation of Israel?

13. Did Elijah establish an Inter-god Relationship Committee [IGRC] in Jerusalem in order to have a better understanding and awareness of Baal, and to seek for ways in which Israel could partner together with Baal’s priests?

14. Did Elijah engage in 25+ years of informal dialog with the prophets of Baal that culminated in a commitment to end the hundreds of years of hostilities between the two faiths?

15. Did Elijah pledge to end certain acts of hate – such as tearing down the altars of Baal?

16. Did Elijah reject the historic practice of purging the land of Israel from all false gods?

17. Did Elijah replace the closed-minded, exclusive worship of one God, Jehovah, for the more loving, inclusive diversity of polytheism?

18. Did Elijah say that it was time to put an end to the unnecessary divisions between Jehovah and Baal, for the good of humanity?

19. Did Elijah call for an interfaith worship services to be held in the Temple Mount in Jerusalem?

20. Did Elijah call for both a lamb and a pig to be slaughtered and offered to the many gods?

21 Did Elijah sign a joint-declaration with the Canaanites in which he stated that Israel will now respect Baal and Baal worshippers?

22. Did Elijah call for the sacred texts of Baal to be read in the temple and in the school’s of Israel as a sign that Judaism and Baalism were moving forward together?

23. Did Elijah express that God’s 10 Commandment Law could be broken down with hammers as a public demonstration that Israel was turning away from its intolerant anti-Baal past, and to show that he was serious about embracing Baal worship?

24. As a final act of inclusivity with Baalism, did Elijah say that female priestesses in Israel would be ordained to officiate in a special ecumenical service alongside the priestesses of Baal?

25. And did Elijah promise that in the future, females who were in a committed relationship with other females would be given more exalted positions, possibly the High Priestess for the entire nation of Israel! 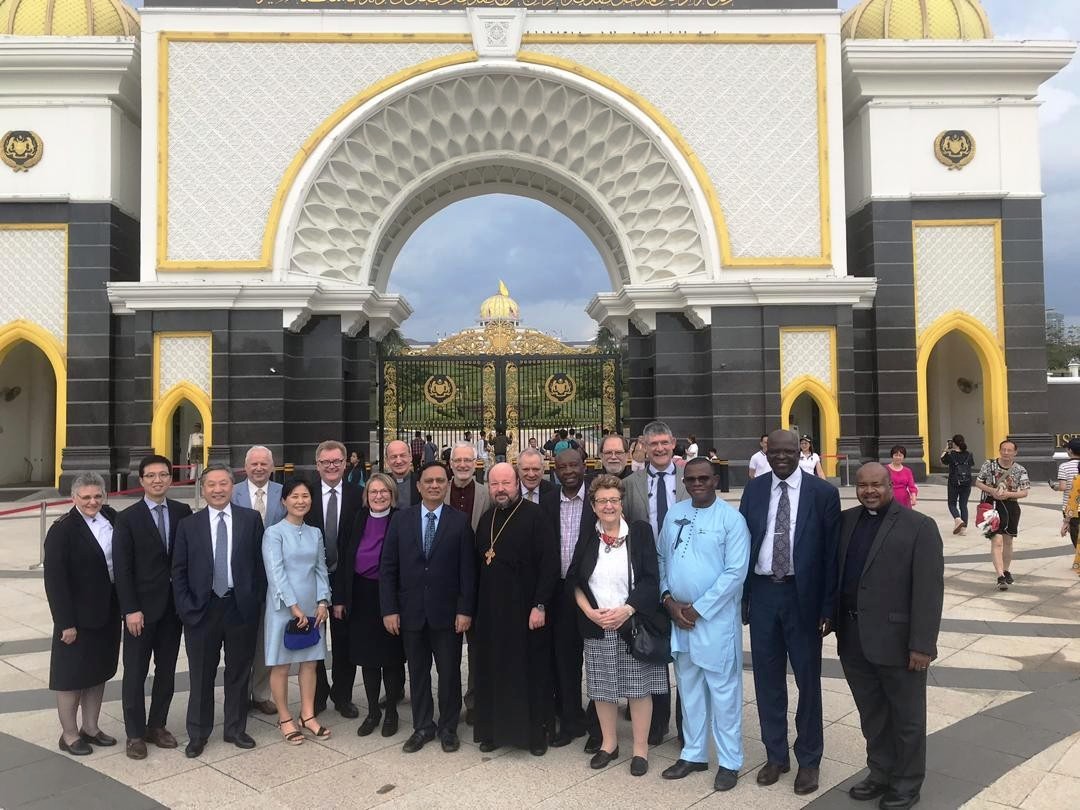 The Global Christian Forum is dedicated to “deepening encounters” among the different faiths by promoting “new relationships.” [2]

The answer to these 25 questions is a resounding “NO!” But it is entirely incomprehensible how some Seventh-day Adventist leaders would engage in such insanity. We disqualify ourselves from being the Elijah messenger when we engage in these ecumenical, faith-building activities. We will never have a role in the finishing of the work when the Loud Cry Message illuminates the world with the “spirit and power of Elijah.”

If leaders in the church today are so intent on surrendering our unique, historic mission and message then we might as well surrender our allegiance to God altogether and just tell the world that we believe in universalism – the belief that everyone will be saved because all religious systems are equal, true and honorable to God – or to the goddess, to nature, to the cosmos or to the god you have within you. 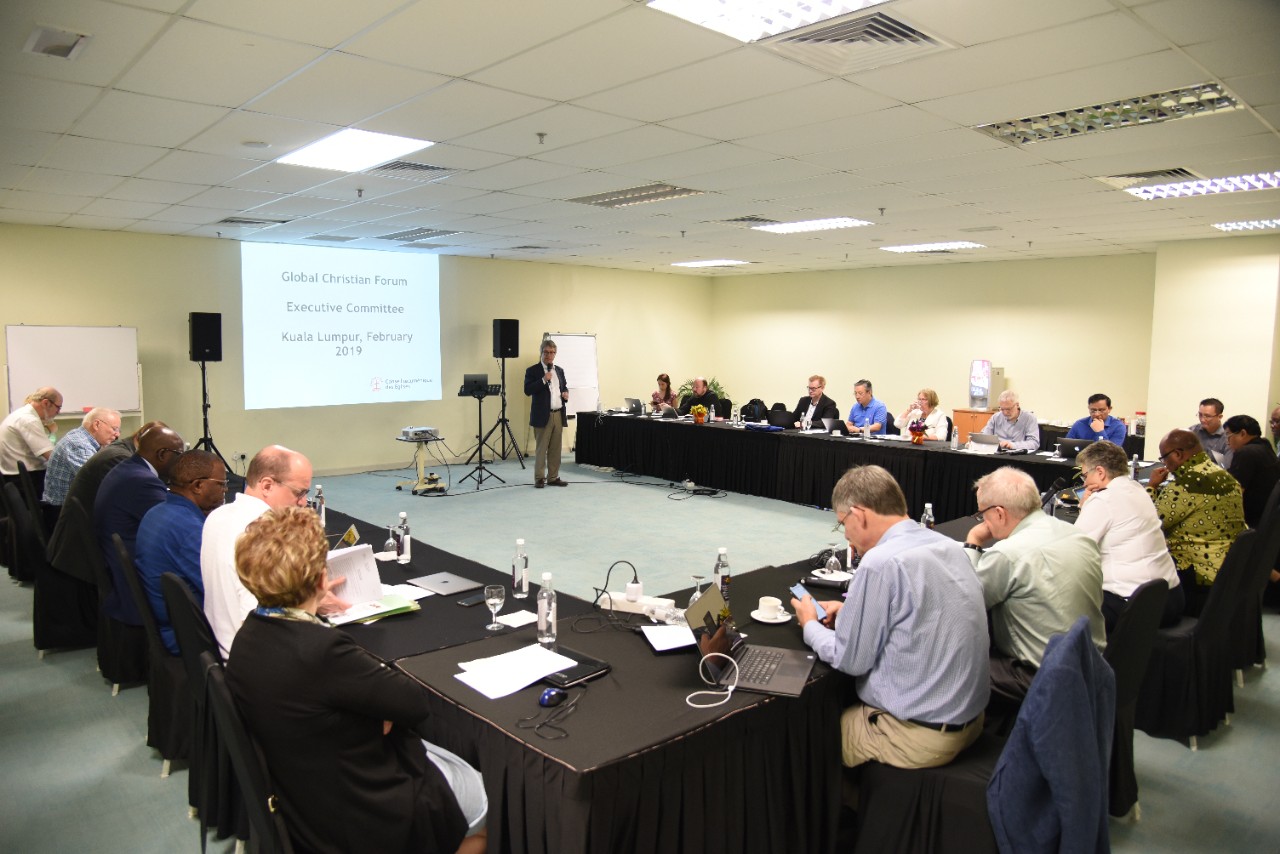 Ganoune Diop is a member of the Executive Committee of the Global Christian Forum.

Either God has called us as a people for this hour and for such a time as this, or He hasn’t. Either God has given us a special message to give to the world or He hasn’t. If Seventh-day Adventists are just one of the many, diverse, rich, religious expressions in our world today then why are we wasting our time?

Let’s just turn our churches into mosques, pagan shrines or gay discos. That is, if we really want to be serious about inclusiveness and not just doing it half-hearted. Let’s exalt in our church services Jesus, Krishna, Buddha, Confucius, Baal and Beelzebub. If we are all just one big family happy, religious family then the primary objective is that we just get along. No more Three Angels’ Message, no more evangelism and no more divisions.

Let’s go ahead and rebuild the Tower of Babel in these last days. Surely, God will be pleased with us and He/She/It (it doesn’t matter to some) will reward us when Jesus returns in glory. 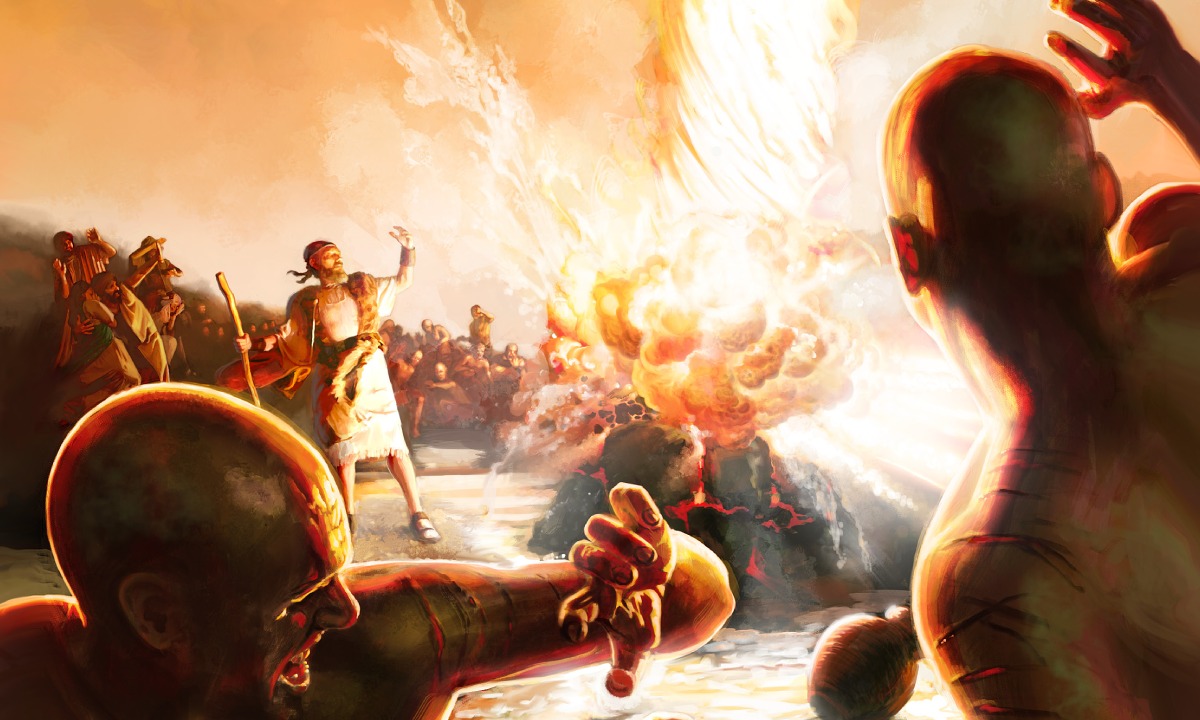 Elijah did meet with the prophets of Baal, but his encounter was a showdown to see who the true God was and not for any mutual cooperation or unity. Elijah did speak to the nation and to the Baal worshippers, but in his words he challenged them to reject Baal and to fully commit their allegiance and worship to Jehovah, the God of Abraham.

“And Elijah came unto all the people, and said, How long halt ye between two opinions? if the LORD be God, follow him: but if Baal, then follow him. And the people answered him not a word.” 1 Kings 18:21.

In the end God answered Elijah’s prayer by sending fire from heaven to consume his sacrifice. It was then that Baal was exposed for being a false god as the nation returned it’s allegiance to the Lord. Elijah’s message demonstrates that not all religions are true. Not all faiths are genuine. The popular message we are hearing today from all of these interfaith gatherings is that we are all equal and one of the same. 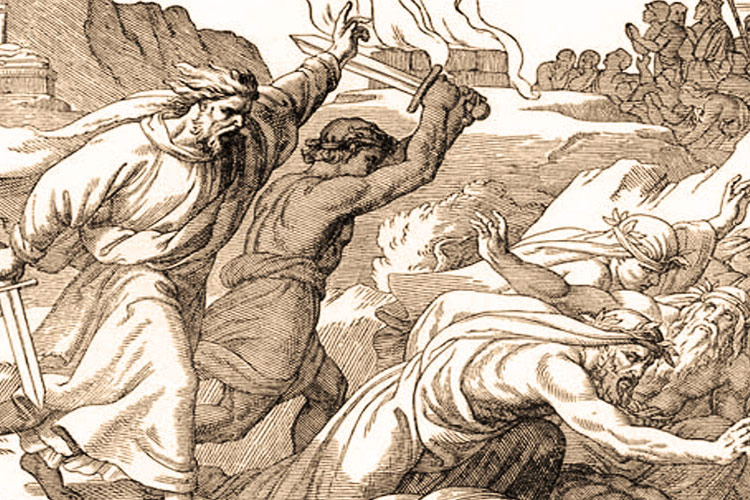 “And Elijah said unto them, Take the prophets of Baal; let not one of them escape. And they took them: and Elijah brought them down to the brook Kishon, and slew them there.” 1 Kings 18:40.

The errors of Baal are not worth dying for. Babylon’s lies will also lead to disappointment, death and destruction when every false religion and “false prophet” in the last day will meet the same end: