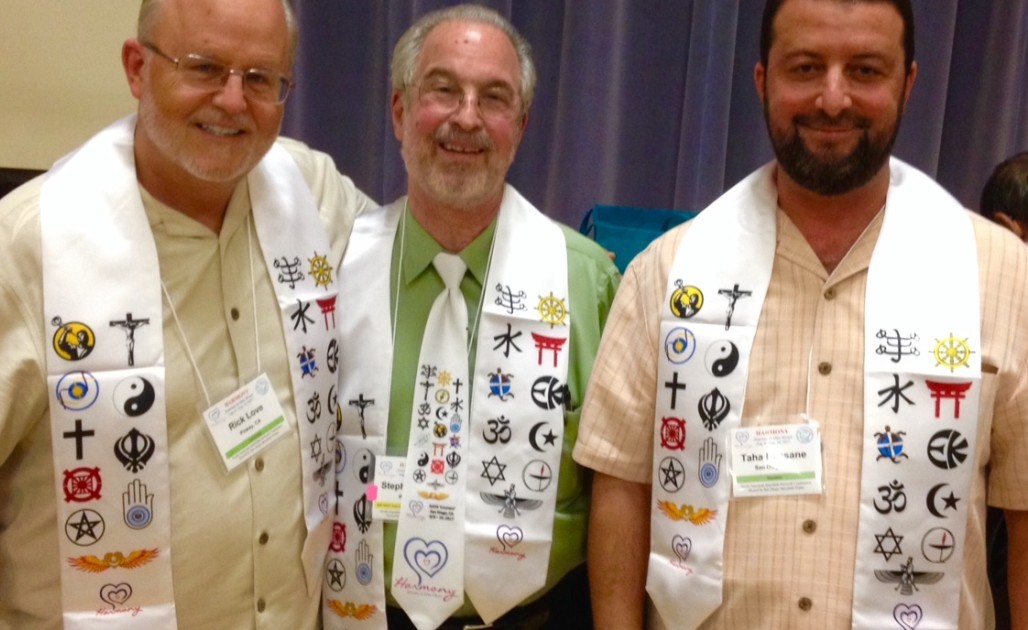 There are misguided clergymen who have lost their identity due to the ecumenical movement.

Our engagements with the world must be prophetic, not political or ecumenical. God’s people must always maintain their theological and moral integrity when interacting with those not of our faith. We are not to engage people as social agitators but as the commandment-keeping people of God who faithfully proclaim His word (Revelation 12:17; Revelation 14:12; Revelation 22:14).

“When I say unto the wicked, Thou shalt surely die; and thou givest him not warning, nor speakest to warn the wicked from his wicked way, to save his life; the same wicked man shall die in his iniquity; but his blood will I require at thine hand.” Ezekiel 3:18

God says when we retain important warnings that can save peoples’ lives, we send them to their deaths. If we remain silent when we have the truth available to save others, we contribute to their demise. We murder people by remaining silent.

“For if the trumpet gives an uncertain sound, who shall prepare himself to the battle?” 1 Corinthians 14:8.

A trumpet in battle is useless unless it is being sounded. The soldiers of Christ will fail unless the trumpet sounds an advance or warns to retreat. If we refuse to blow the trumpet and if we withhold God’s life-saving message, people will be eternally lost.

Lawlessness, falsehoods and errors are deadly and many souls will perish because there is a deafening silence coming from Seventh-day Adventist pulpits. We have too many men-pleasing preachers who dummy down the final warning messages of Revelation 14:6-12. If we tickle people’s ears by preaching fables (2 Timothy 4:3, 4), we will be complicit if they perish.

“I was shown that the blood of souls will be on the garments of very many who now feel at ease and irresponsible for souls that are perishing around them for want of light and knowledge. They have come in contact with them, but have never warned them, never prayed with or for them, and never made earnest efforts to present the truth to them. I was shown that there has been a wonderful negligence on this point” (Testimonies, Vol. 4, p. 392).

We often hear sermons on Sabbath morning reminding us that soon we will be in heaven. Well, don’t we want other people to be there too? Don’t we want to see others saved in God’s kingdom? Wouldn’t’ we like to hear someone’s voice in heaven thanking us for not remaining quiet?

Sixty years of ecumenism has had a devastating effect on our message. We occasionally hear calls that tell us to preach the Three Angels’ Message, but how is this message being proclaimed today, if at all? Through vague generalities? Through diplomatic double-talk? Through evasive language? Unfortunately, we were warned that this could happen:

“There has been too much beating about the bush in the proclamation of the third angel’s message. The message has not been given as clearly and distinctly as it should have been.” (Evangelism, p. 230).

God has placed us here at this time of earth’s history to be a light to our dying culture. We must shine truth and dispel the darkness of the times. I ask you as a fellow Seventh-day Adventist believer: Why do we hesitate? Why do we waiver? Are we waiting for someone else to raise their voices for us? Will we not wrestle for the preservation of the faith? If we fail to meet this challenge, if we fail to rise to the occasion and if we fail to give voice to God’s message, then not only will souls be lost – we too shall perish:

“The people turned upon their ministers with bitter hate and reproached them, saying, ‘You have not warned us. You told us that all the world was to be converted, and cried, Peace, peace, to quiet every fear that was aroused. You have not told us of this hour; and those who warned us of it you declared to be fanatics and evil men, who would ruin us.’ But I saw that the ministers did not escape the wrath of God. Their suffering was tenfold greater than that of their people” (Early Writings, p. 282).