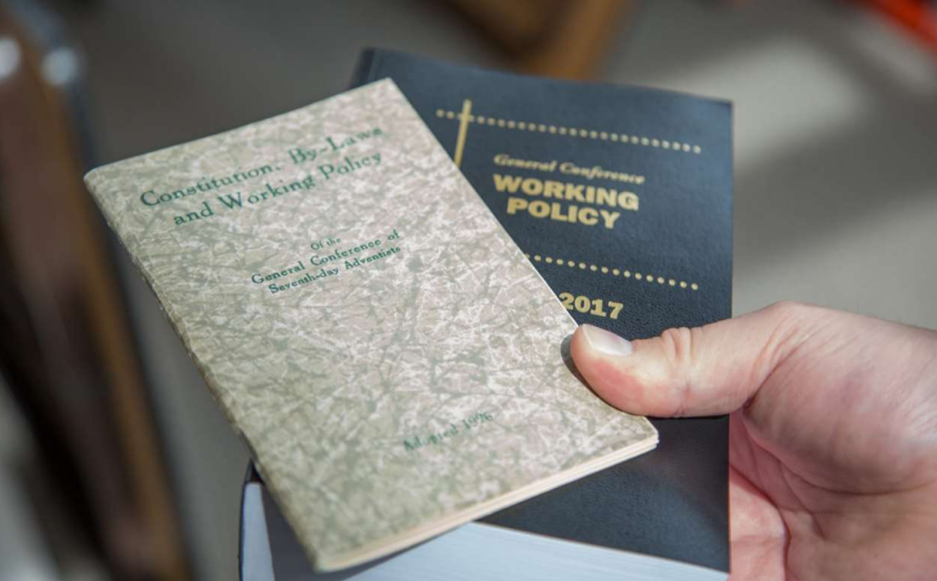 In the above Bible verse, Jesus plainly condemns the Pharisees for not practicing the rules which they imposed on the rest of the nation. Sadly, we have come to that place in Adventism. The Seventh-day Adventist Church has been engaged in an extensive process to bring certain entities into compliance with church policy on women’s ordination. Much effort and energy has been exhausted in this process. It turns out that the General Conference, for a $164 million dollar contribution, was willing to deviate from the same GC Working Policy it is now trying to enforce on others.

When followed, our long-standing voted policies and procedures are designed to provide consistency in practice. This ensures that there are no variations in the ministerial services and tasks which are performed throughout the world church. Can you imagine what would happen if every day everyone decided to do things differently? Working policies ensure that there will be unity and impartiality in the manner on how God’s business is conducted day in and day out. Or so we thought.

Here is what the long-standing written policy says about the General Conference receiving money:

“Since tithe is returned to the Lord, not given, it is inappropriate for that tithe to come with stipulations as to how and where it is to be used. After being receipted by the treasury where it was received, such tithe is to be returned anonymously to the local conference/mission field/union of churches where the member holds membership.” (General Conference Working Policy Section V 09 05 5.c).

Unless, of course, there is someone wanting to give $164 million dollars. What does the General Conference do since they are not allowed by their own policy to receive any money directly from its members? Well, they could try to change the policy and start allowing direct donations, but then that would undercut funding for everyone else.

Here’s what they did. You will see in the videos below that the General Conference voted to make a one-time, temporary “variance” to the rules in order to receive this $164,000,000 contribution. How convenient. But it’s not a VIOLATION, according to them, it’s a “variance.” A one-time variance. Just once. Tragically, this one-time “variance” has turned into several payments that have extended for nine long years! As you will see in the video below, for the last nine years the General Conference has been bypassing the conferences, unions and divisions. They have been receiving “variance” payments that go against voted General Conference Working Policy. For the last nine years this so-called temporary “variance” has been dragging on and will continue to drag on into the future until every bit of the $164 million dollars has been received.

“But if ye have respect (show favor) to persons, ye commit sin, and are convinced of the law as transgressors.” James 2:9.

God doesn’t call having two different sets of rules for the people a “variance,” He calls it sin. He calls this double standard a violation to His moral law.

“Then Peter opened his mouth, and said, Of a truth I perceive that God is no respecter of persons.” Acts 10:34.

In the above video you will see Loma Linda University Pastor Randy Roberts point out the double standard at the General Conference level in the application of the General Conference Working Policy. Even though I don’t necessarily share Pastor Randy Roberts’ view on women’s ordination, he does make a valid point on the lack of consistency in upholding church policy – especially when these deviations result in a substantial monetary gain.

The only honorable course to take, that is if we don’t want to be accused of being lawbreaking, Pharisaical hypocrites, is for the General Conference to restore the consistent application of all its policies and collect EVERY CENT it has received and return these tithes to the local conference of origination so that the funds can work they way up through the local conference, the union, the division and then finally to the General Conference. $164 million divided by 4 is still $41 million dollars. That is still a very good pay day. But this way we can all still feel that we are part of a “team.” This way we can still feel that we are truly working in “unity.” This way we can provide a very good gesture and testimony to all the world that we really do believe in “policy” – but one that is fair and impartial. And this way, just as in Biblical times, we wouldn’t be giving the appearance that “gold” is worth more than our “principles.”