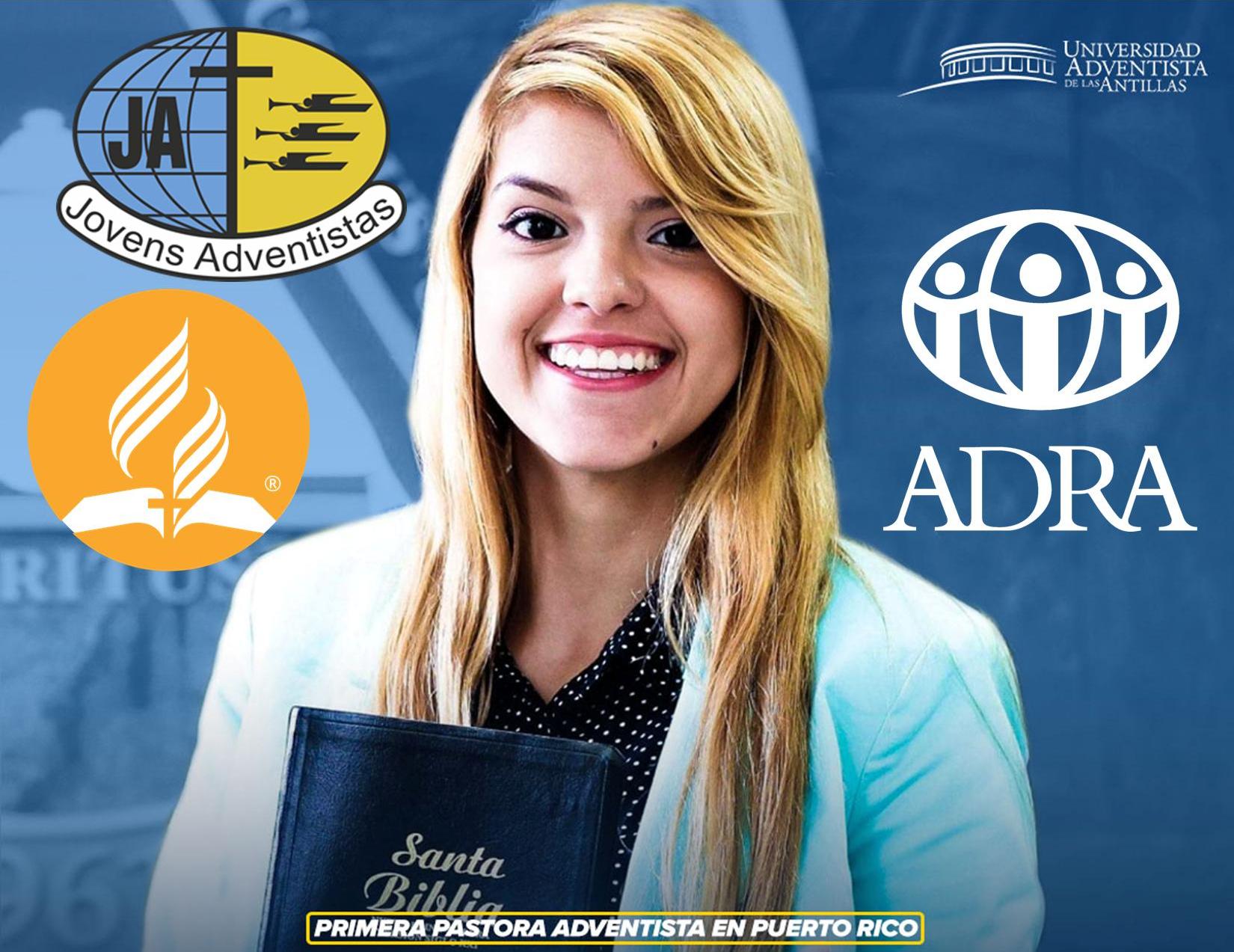 The local Seventh-day Adventist Church in Ponce, where Abigail Babilonia serves as pastor, also gave “many” thanks and “congratulations” to Abigail for accepting the call to pastoral ministry:

Abigail Babilonia, the conference’s new Youth Director, ADRA Director and pastor, has actually lived up to her name, “Babylon.” She is a graduate of the Pontifical Catholic University of Puerto Rico. [1] This situation is truly historical, but not in the sense that the church is celebrating. After 123 years, the church in Puerto Rico has decided to start appointing women pastors? Why? Because until recently, they used to follow the Bible on pastoral ministry and education.

Today we have leaders in the highest positions of the church who have obtained their degrees from Roman Catholic institutions. Catholic education comes directly from the Vatican, not from the Bible. Rome teaches that we must obey tradition. To be in a “Pontifical” (papal) university you must accept Catholic dogma. You must acknowledge Rome’s claim to authority in spiritual matters. You must be humble and obedient to your Catholic fathers and educators. You must accept both the judgment and guidance of Rome.

Look at what Seventh-day Adventists used to believe about Catholic education. The following was published in 1944 by Ministry Magazine, an official church publication:

“How dare a man contemplate, or have the temerity to present, the degree of doctor of divinity, gained in the universities of Babylon, as a credential for teaching or preaching this threefold message, the second stipulation of which is, ‘Babylon is fallen, is fallen…. Come out of her, My people.’ How dare we accept such a Babylonian credential in lieu of mastery of the truth? Shall a man go into Babylon to gain strength and wisdom to call men out of Babylon? To ask the question is but to disclose how far some have compromised with Babylon, as they have gone back to Babylon to drink from her wells of wisdom. Oh, for the living waters of truth fresh from the Word!” [2]

Babylon prepares you for this world by teaching the philosophies of ecumenism, liberation theology (social justice), socialism, the radical gender theory, the LGBT+ agenda, environmentalism, feminism and other left-wing ideologies. This is what many of our pastors are echoing. These are the new teachings, discourses and dissertations that modern thinkers are flooding the church with. We are beating a hasty retreat from the church’s original mission while new appalling liberal ideas are replacing our historic faith. This is not Adventism; this is Romanism.

Now consider the basic question underlying the controversy over a female pastoral ministry. First of all, this is not biblical. There is no biblical support for including women into pastoral ministry. The Seventh-day Adventist institutions in Puerto Rico that are celebrating this “historic” event are actually promoting a policy that is completely opposed to our Christian faith and church history. Second, feminism is the new way to radically liberalize the church in this generation. It has only been during the past 30 years that liberal Seventh-day Adventists have begun the pioneering work of appointing women to serve as pastors and ministers. After 123 years, the church in Puerto Rico has finally embraced feminism.

Obedience to the Bible is the issue. Those who embark on a path that has no biblical support are rejecting the authority of the Bible over their lives. We do this when we say that certain passages no longer apply to us today or that Paul’s teaching on biblical order was incorrect, or the more recent excuse that we can ignore what the Bible says if our leaders tell us we can.

What is at stake here is the authority of the Bible. If Seventh-day Adventists continue down this path, then we are taking a position that the Bible is not that important, and soon we will remove more biblical restrictions in other areas of the church. Soon, no moral commandment will be safe. And ultimately, the church will simply become a reflection of today’s corrupt culture on the topics of education, sexual morality, biblical roles, church order, gender theory, family life, feminism and other areas of life. This is the direction that many are trying to take us.

“I was told that men will employ every policy to make less prominent the difference between the faith of Seventh-day Adventists and those who observe the first day of the week. In this controversy the whole world will be engaged” (Selected Message, Book 2, p. 385).