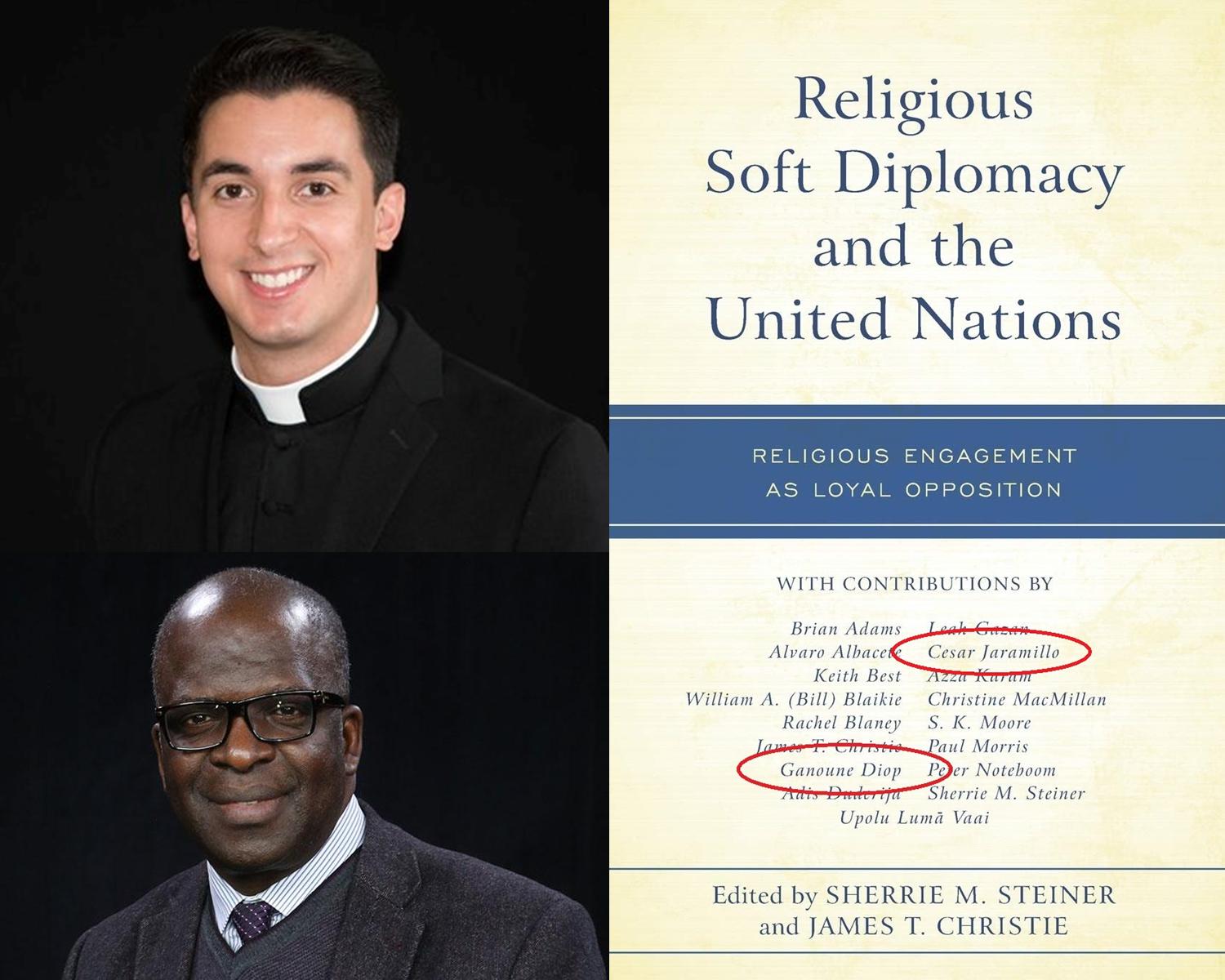 Ganoune Diop, Director of Public Affairs and Religious Liberty at the General Conference of Seventh-day Adventists, is now helping to write books with Catholic priests from the Pontifical Gregorian Jesuit University. The new book was published in 2021 and is called Religious Soft Diplomacy and the United Nations. It is available on Amazon and promotes the idea that religious entities should work with the United Nations to help achieve the UN Sustainable Development Goals. The summary of the book, published on Amazon, and states the following:

“The engagement of religious diplomacy within the United Nations systems has become increasingly important for achieving the Sustainable Development Goals. The editors argue that effective religious diplomacy must reflect the great diversity of religious and spiritual expressions within human communities … this can best be achieved through a worldview shift within the United Nations systems.” [1]

Now we are told that churches should partner with the United Nations to help advance their goals, their pseudoscience, their Mother Earth spirituality, their pagan philosophies, their feminist anti-family policies, their radical LGBT+ propaganda and their pro-death agenda that promotes euthanasia and abortion. Why would we join those who are determined to destroy biblical Christianity? We must resist and reject this dangerous push towards humanism and secularism.

So what did Ganoune Diop write in this book? He spoke about religious freedom and the need to protect our right to worship God. He began to give a defense on the subject of freedom of conscience; but at the same time he gives the green light to globalists around the world to continue to suppress civil and religious liberties with draconian shutdowns, business closures and other oppressive restrictions, all for the sake of “keeping us safe.”

This image is from the book Religious Soft Diplomacy and the United Nations, page 96. [4]

Ganoune Diop says the following about religious freedom on page 96 of this new book and quotes the United Nations:

“A person’s right to manifest or to outwardly display one’s religion or belief, can be legally subjected to limitation. This aspect of religious freedom is not absolute. The International Covenant on Civil and Political Rights Article, which has been ratified by 179 countries since its first introduction in 1996, specifically says that: ‘Freedom to manifest one’s religion or beliefs may be subject only to such limitations as are prescribed by law and are necessary to protect public safety, order, health or morals, or the fundamental rights and freedoms of others’” (United Nations General Assembly 1066, Article 18).

The opinion of politicians or bureaucrats or governors or the United Nations or even of religious liberty leaders should not carry more weight in any matter than the opinions of anyone else. We are not supposed to rule on the basis of opinion; we are supposed to rule on the basis of a Constitution. Ganounue Diop is pushing the globalist statements of the United Nations while ignoring the Protestant/biblical principles contained in our Bill of Rights. Politicians are using this so-called “pandemic” to exercise absolute power to impose radical health and environmental policies, and Ganuoune Diop is providing the license and justification to do so. 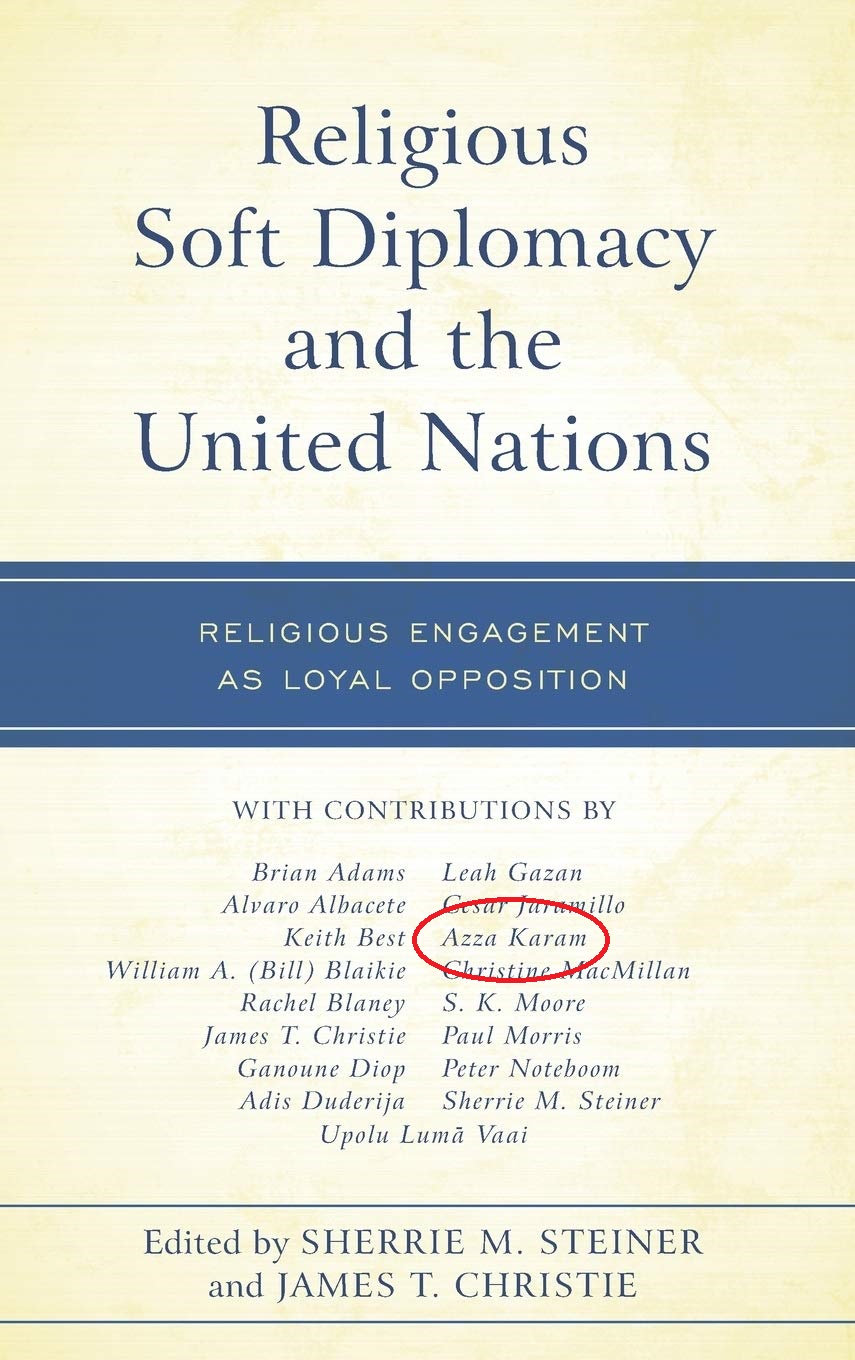 Another contributor to this new book is Azza Karam. She is the General Secretary of Religions for Peace, a human rights organization. She wrote the first chapter of the book. And you can see in the following tweet, that she is a supporter of Pope Francis’ encyclical Fratelli Tutti:

Prof. Azza Karam says: "On behalf of #ReligionsforPeace, I would like to congratulate His Eminence Dr. Ahmed Al-Tayeb, & His Holiness #PopeFrancis, on the #UN's adoption of Feb 4th, the signing date of the #DocumentonHumanFraternity, as the #InternationalDayofHumanFraternity." pic.twitter.com/VCBlgmHZKj

Liberty of conscience is under attack. Organizations like Rome, the United Nations and the World Economic Forum are on the side of anti-civil, anti-freedom, anti-religious and anti-Christian bigotry. All freedom-loving Seventh-day Adventists should be terribly concerned that our religious liberty leaders are teaming with and writing books with Jesuits and other globalists who openly promote the universal brotherhood of Pope Francis. Tragically, our religious freedom leaders are not being neutral; no, worse still, they side with current and future violators of truth and freedom.

The work of religious liberty is supposed to defend the people of God and their right to preach the gospel. But it seems that this work has definitely gone in the wrong direction. How else can you explain when religious liberty leaders begin to merge their efforts with the secular agnostics of this generation? Why do these men adopt the policies of the world and follow them in open defiance of our gospel commission? How can they openly walk against the faith and keep their jobs? The duty of every worker is to uphold the teachings of the Scriptures and the doctrines of the faith.

Too many Seventh-day Adventist leaders are seeking partnerships with governments, international organizations and other religious groups to advance social, secular, political and revolutionary causes. God’s revealed word is no longer the basis of unity. We are reaching out across confessional lines to stand in solidarity with the whole world; but what is the basis of this unity? Left-wing liberal causes?

Whenever churches discard biblical truth and faith as the principles for Christian unity, what then becomes the basis for unity? Deadly heresy and social justice? Every time the church chooses political activism over the word of God, the end result will lead to its secularization and the loss of its Christian/Adventist identity. We may still carry the same name, but the Three Angels’ Message will be replaced by a political agenda. That is exactly what Rome wants.

We have been told how to determine between a false movement and a genuine one. We have been warned how to distinguish the deceptions of Satan from the work of God. We have been told beyond a shadow of a doubt whether God sanctions or disapproves of how the current work of religious liberty is being carried out. There is no reason for confusion:

“Yet none need be deceived. In the light of God’s word it is not difficult to determine the nature of these movements. Whenever men neglect the testimony of the Bible, turning away from those plain, soul-testing truths which require self-denial and renunciation of the world, there we may be sure that God’s blessing is not bestowed” (Great Controversy, p. 464).