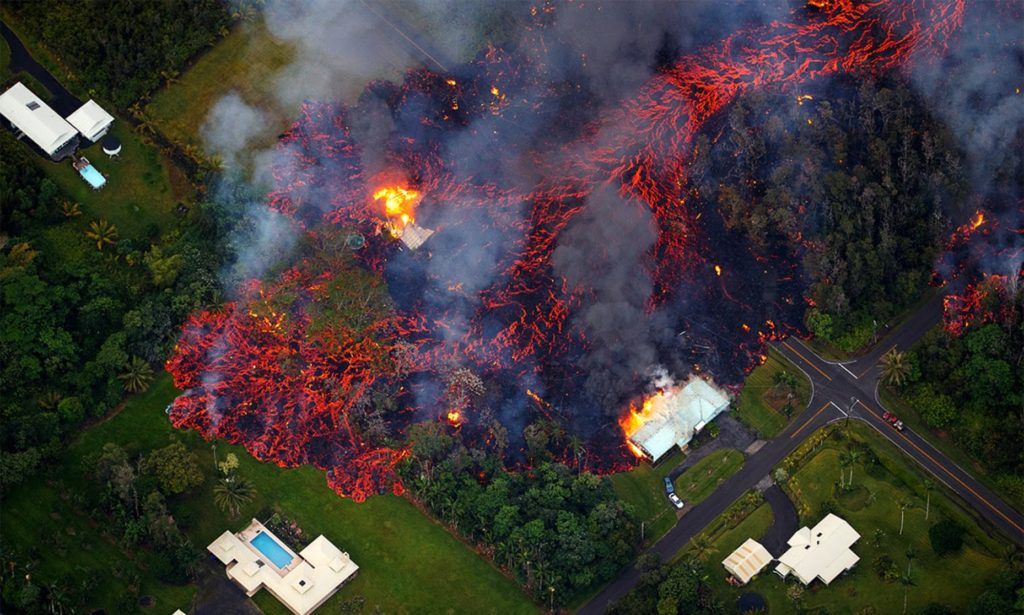 2,000 people had to evacuate as Hawaii’s Kilauea volcano began spewing lava 300 feet into the air. A deadly sulfur dioxide gas was seen spreading along with the flow of molten lava.

This latest lava eruption comes after the Hawaiian Islands were hit with 600 earthquakes in just 4 days, the largest being a massive 6.9. Tourists and residents were being forced to evacuate as scientists are saying that all this recent activity could cause even more eruptions.

We have been warned that events such as these will become more common. Luckily, there has been no loss of life.

“Before the Son of man appears in the clouds of heaven everything in nature will be convulsed. Lightning from heaven uniting with the fire in the earth will cause the mountains to burn like a furnace and pour out their floods of lava over villages and cities. Molten masses of rock thrown into the water by the upheaval of things hidden in the earth will cause the water to boil and send forth rocks and earth. There will be mighty earthquakes and great destruction of human life” (Bible Commentary, Vol. 7, p. 946).

These are all signs that we are living in a critical time of earth’s history. Every natural and man-made disaster is bringing us closer to the second coming of Christ. The unprecedented flood of crime and lawlessness, the political chaos seen in government, the lack of justice in society and these natural phenomenons are all declaring in “thunderous tones” that Jesus is coming soon.