Over 50,000 people from various denominations including Seventh-day Adventists, Roman Catholics, Pentecostals, Baptists, Methodists, Anglicans, Lutherans and many others came together to participate in the first ever interdenominational gathering to celebrate the “outpouring of the Holy Spirit.”

The two-night event called ‘Pentecostal Night’ took place on September 14-15, 2019. On the first night 25,000 people showed up in what was being called “a celebration of the Holy Spirit and the beginning of a new wave of revival.” [1] On the second night over 50,000 people attended to receive the Holy Spirit, speak in tongues and receive healing. [2] 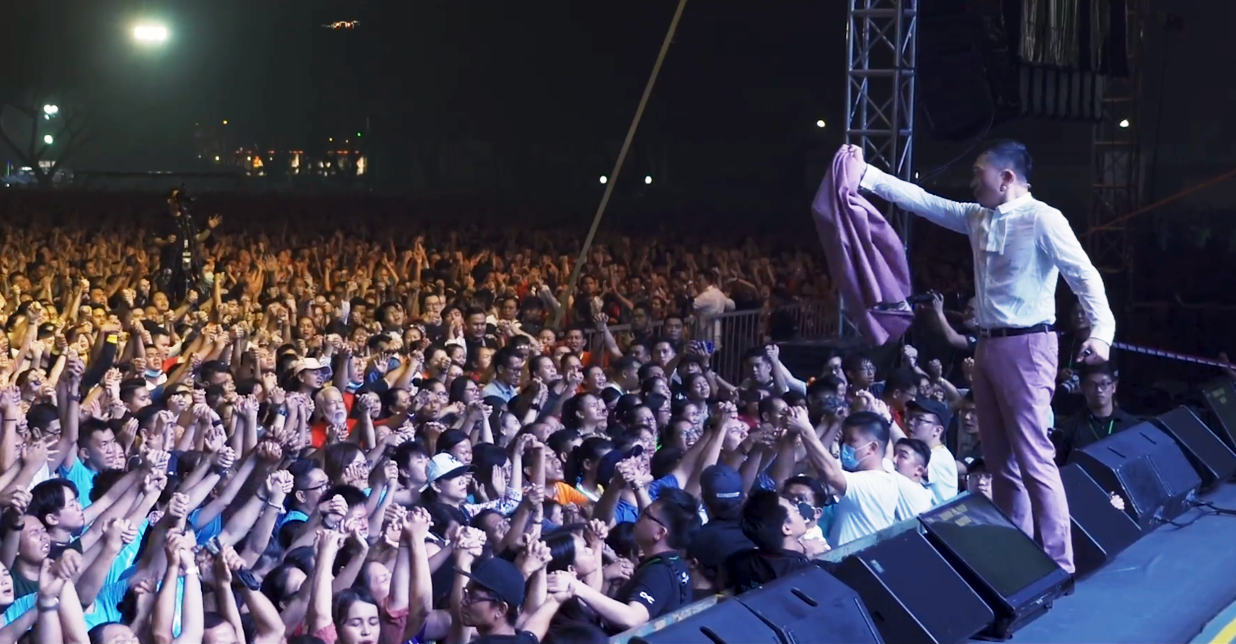 “We must work together, for we are one in the unity of Christ and one in the celebration of the gift of the Holy Spirit,” said Roman Catholic Archbishop Simon Poh. Archbishop Poh is also chairman for the Association of Churches in Sarawak, Malaysia, the sponsor for this event. [3]

The main speaker for the two-night gathering was Charismatic Pastor Philip Mantofa from Indonesia. He is a tongue-speaking, faith-healer who makes people fall down during his “spirit filled” messages. And he certainly didn’t disappoint anyone during this event. The Pentecostal Pastor Philip Mantofa told the ecumenical crowd:

“Christian unity was the work of the Holy Spirit, which meant Christians need to pray together in a spiritual ecumenism, an ecumenism of prayer … Christians could pray with Christians of other denominations … because all of us have received the same baptism, all of us are following the path of Jesus; we want Jesus. We must do everything to go together in prayer, charity, work and reading the Bible because the (Holy) Spirit is always with us.” [4]

The crowd falls to the ground when Pastor Philip Mantofa lifts his coat. Photo: YouTube

Seventh-day Adventists should have nothing to do with these tongue-speaking, faith-healing, spirit-slaying worship services. We should reject any invitation to attend meetings designed to receive what they called the outpouring of the “spirit.” 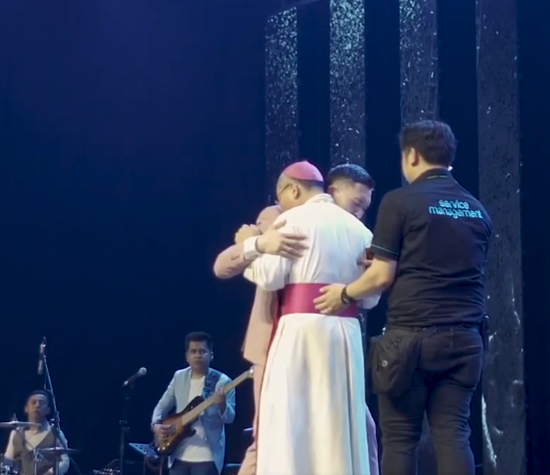 “Clergy and representatives from the Baptist Church, Presbyterian Church, Seventh Day Adventist Church, Lutheran Church, Bethany Church, Latter Rain Church, and a host of other independent churches have also assured their support for Pentecostal Night. Apart from attending, many of their members would serve as volunteers and prayer warriors.” [5]

The Association of Churches in Sarawak (ACS) sponsored this event, and Roman Catholic Archbishop Simon Poh is the chairperson for the ACS. [5] Dato Janang Bungsu was the person assigned to organize the Pentecostal Night “awakening” and “revival” and he is also from the ACS. [6] And the Seventh-day Adventist Church in Sarawak is a member of the ACS. [7] 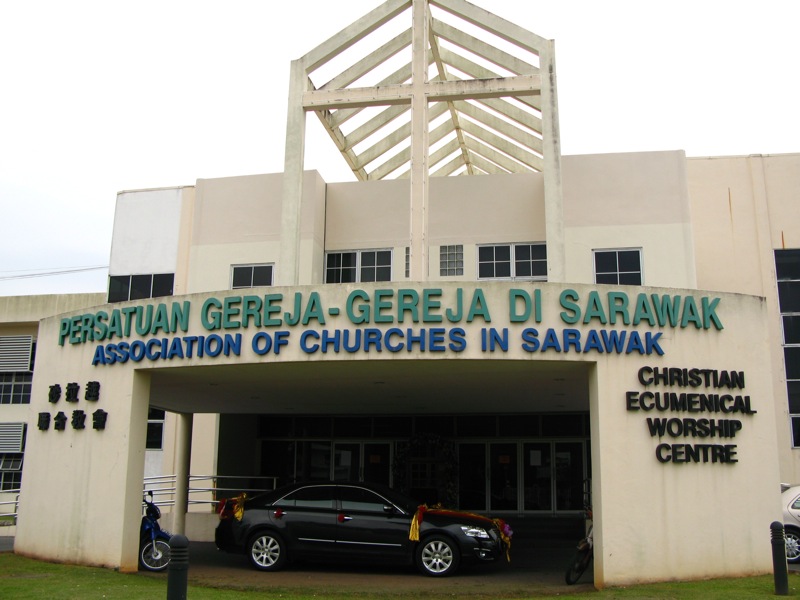 The Association of Churches in Sarawak was the sponsor for the Pentecostal Night revival. Seventh-day Adventists are members of this interfaith organization. Photo: TheBanquet

Why is it that we have to learn from Rome that Seventh-day Adventists were part of this interfaith gathering? Why didn’t any “official” Seventh-day Adventist publication give a report detailing our involvement during this tongue-speaking, unity worship service? Obviously, Rome is  not ashamed of these interfaith worship services even if people are falling on the ground after receiving the “spirit.”

The “spirit” knocks people down on the stage. Photo: YouTube

Are Seventh-day Adventists too ashamed to be seen receiving the outpouring of the “Holy Spirit” with Roman Catholics and Pentecostals that we are unwilling to report this news to our fellow believers? Why did Rome have to do it? Why did the Evangelicals tell us about our involvement in the “Ring of Peace” ecumenical event and not our own people? [8] Why was it only the Church of Scientology who reported on our contribution to their spiritualistic gathering? [9] Why are SDA leadership concealing these things?

“We should scorn concealment. Unfurl your colors to meet the cause of men and angels. Let it be understood that Seventh-day Adventists can make no compromise. In your opinions and faith there must not be the least appearance of waverings: the world has a right to know what to expect of us.” (Evangelism, p. 179). 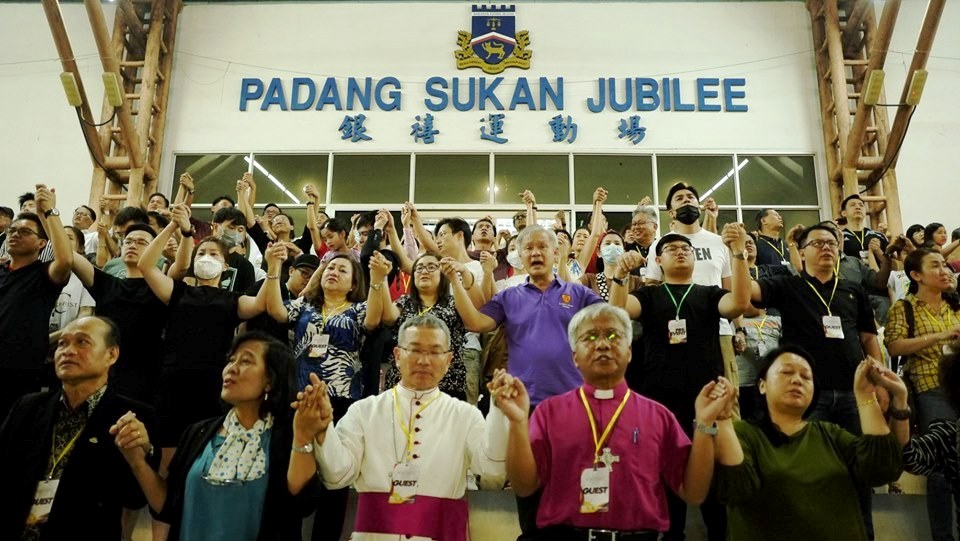 Catholic Archbishop Poh with a group of interfaith leaders at the Pentecostal Night event. Photo: Facebook/FGBMF

We should immediately cut off these kinds of relationships and distance ourselves and our members from such gatherings. The Bible warns us about the tongue-speaking movement and how this will be one of the agencies to unite the churches for the Battle of Armageddon:

There is a sinister movement described in prophecy that will use miracles and supernatural power to deceive the nations. This same power will be working to heal all the divisions that separate the churches. They want to create a new alliance as if the Great Advent Awakening of the 1840’s had never happened. It will be as if the Protestant Reformation and the great Roman Apostasy never even took place.

This is what the one world religion will look like. No doctrine, no truth and no divisions – mingled together with a “bedlam” of noise and a “carnival” atmosphere. See the above video. This is what they call the “outpouring of the Holy Spirit.” 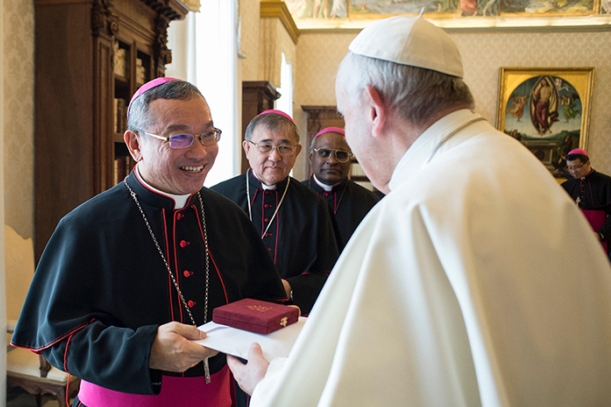 “The Holy Spirit never reveals itself in such methods, in such a bedlam of noise. This is an invention of Satan to cover up his ingenious methods for making of none effect the pure, sincere, elevating, ennobling, sanctifying truth for this time … A bedlam of noise shocks the senses and perverts that which if conducted aright might be a blessing. The powers of satanic agencies blend with the din and noise, to have a carnival, and this is termed the Holy Spirit’s working” (Selected Messages, Vol. 2, p. 36).

One by one the entire religious world is being absorbed into a non-theological, emotional manipulating and sensory gratification movement that is completely devoid of sound Biblical teaching. There is only one thing that can revive us and bring us spiritual life:

“It is the spirit that quickeneth (gives life); the flesh profiteth nothing: the words that I speak unto you, they are spirit, and they are life.” John 6:63.

“And we are his witnesses of these things; and so is also the Holy Ghost, whom God hath given to them that obey him.” Acts 5:32. 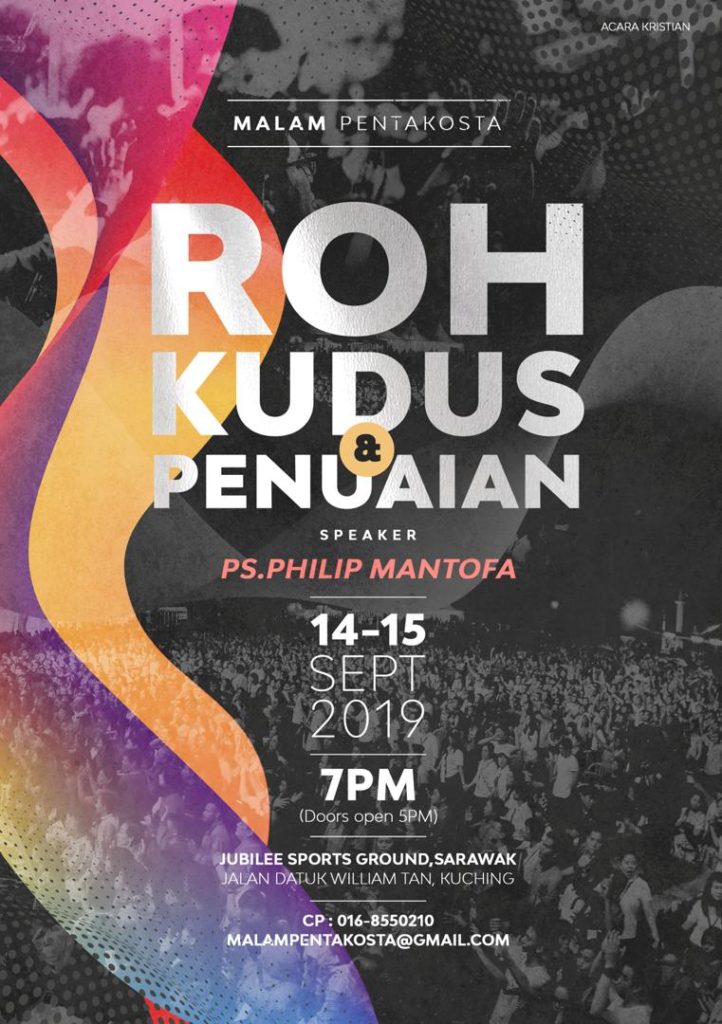 “I saw them look up to the throne, and pray, ‘Father, give us Thy Spirit.’ Satan would then breathe upon them an unholy influence; in it there was light and much power, but no sweet love, joy, and peace. Satan’s object was to keep them deceived and to draw back and deceive God’s children” (Early Writings, p. 56).

What just happened in Malaysia on ‘Pentecostal Night’ was something that had never been seen before in the history of their country. This was the single greatest ecumenical incident in the history of Malaysia. All of the churches came together under the power of a counterfeit spirit, and what was witnessed in this Southeast Asian nation is coming soon to a community near you. It is coming, relentlessness in all its fury and delusion.