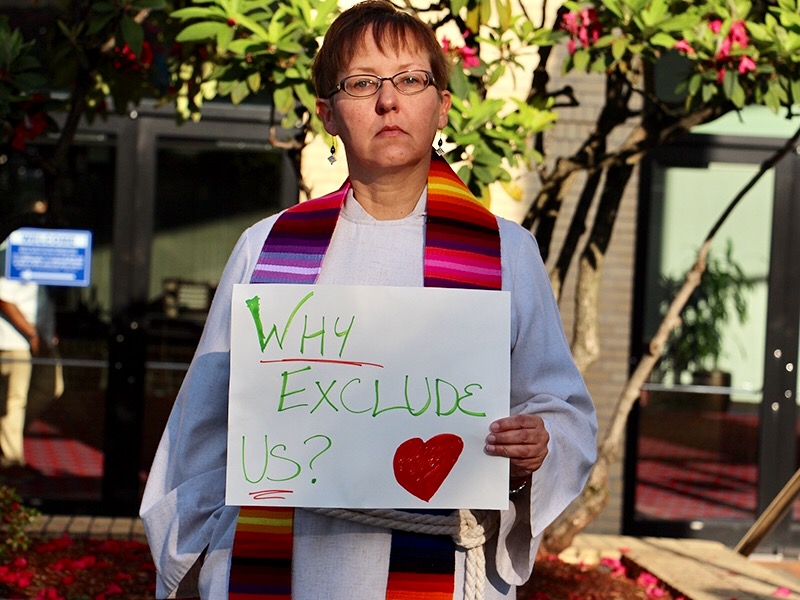 A culture war is being fought today in the church as the Judeo-Christian values that have guided us for so many years have come under attack by a secular, humanist agenda. We are facing a cultural crisis that’s been created by forces who want to reshape the church and turn us away from the plain, soul-testing truths of God’s word.

On one side you have those who believe in the Biblical view of marriage (Genesis 2:21-24); the Biblical view on sexual identity (Matthew 19:4) and the Biblical view about gender roles and gender identity (1 Corinthians 11:3; Ephesians 5:23). The code of ethics described in these versus have been the standard of truth for the church since the very beginning. These doctrinal positions on family values are rooted in the Bible and are the cornerstone of the foundation upon which every society stands.

This Biblical model for family & marriage is defined as one man and one woman producing children within the marriage institution. In this arrangement all genders, including children, have their God-given roles to perform. And when traditional family values are no longer respected, the future of any nation begins to collapse.

On the other side you have those within the church who not only openly reject the Judeo-Christian world view, they also characterize those traditional views as sexist, misogynist, homophobic and discrimination. This second group believes that “equality” in the new “morality” and the new agenda is to change the institutions that God has established by redefining marriage, redefining pastors, redefining what the church is, redefining ordination, redefining sexual orientation and redefining gender and gender roles.

There are those who are promoting a different world view that is based on multiculturalism, political correctness, pop-culture and other modern, secular opinions. There is tremendous pressure being applied from within the church to drift away and cut loose from our traditional view of morality. A godless secular culture is being introduced into the church under the guise of “equality” that will radically transform the landscape of the church into something so completely foreign and unrecognizable. 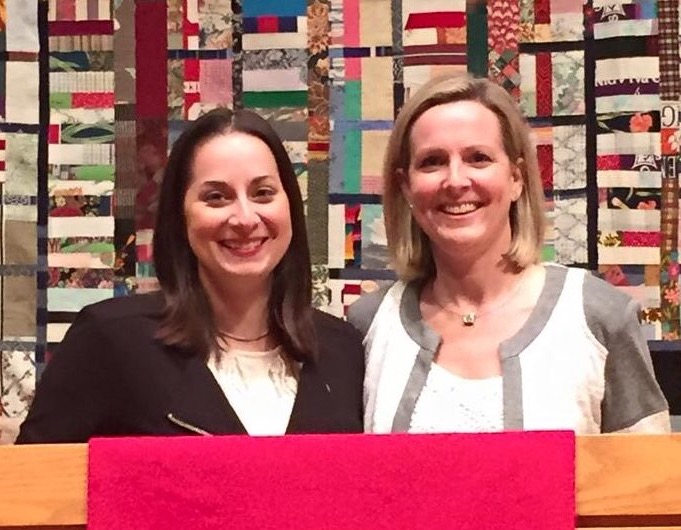 Take as an example this modern church in the nations’ capitol. A “married” lesbian couple was just “ordained” to be the “co-pastors” of a very prominent “church” in Washington, D.C. The world is trying to redefined that which God has already established. In this instance, what the world calls a “church” is not a “church.” This is not a “marriage,”  that is not “ordaination,” and they are not “pastors,” at least not by the standards of God’s word.

Make no mistake, this is where certain agitators are trying to bring us to. There is an effort to socially and culturally shift the church into this new model. Unfortunately, this is the modern world view that is permeating the culture of our age and has become popular in many churches.

So then the question is how does the church reconcile these 2 opposing world views? This is what is dividing the church today. Some have gone as far as trying to seek unity by finding a middle ground, when there is none. You have this “Unity and Mission Oversight Committee” that has the daunted task of trying to do the impossible – that of maintaining unity among these two opposing groups. And it’s pretty obvious that there are people on both sides of this cultural war who are not going to change their position. This is what many have already expressed.

The simple answer is that you can’t reconcile the divine revelation of God’s word (side 1) with the culture conformity of this world (side 2). It’s impossible.

“And be not conformed to this world: but be ye transformed by the renewing of your mind, that ye may prove what is that good, and acceptable, and perfect, will of God.” Romans 12:2.

The church is not suppose to be a subculture to the current world culture. No! We are to be the counterculture to this world; and instead, we are to embrace the culture of God’s Kingdom with its system of values.

Noah didn’t embrace the culture of sin and violence of His day. He instead unequivocally preached the pure word of God and became a laughingstock in the eyes of a world that rejected his preaching and message. But in the end, who was right and who was wrong? Noah was right and he was spared while his generation perished in the great flood. In fact, the modern church cannot find any Biblical examples to support their position because the Scriptures never command us to adjust the church’s message to the tastes of the secular society and cultural of the times. There is no authority of altering the message of the church to fit the current cultural context.

We are commanded to always preach the straightforward proclamation of Biblical truth: “Preach the word; be instant in season, out of season; reprove, rebuke, exhort with all longsuffering and doctrine.” 2 Timothy 4:2.

There is a movement that has infected the church and seeks to “contextualize” the gospel to the current social spirit of the age. Many professing Christians appear to care far more about the world’s opinion than about God’s. Churches are so engrossed in trying to please non-Christians that many have forgotten their first duty is to please God.

“Wherefore we labour, that, whether present or absent, we may be accepted of him.” 2 Corinthians 5:9.

When you over-contextualize and culturally-compromise the gospel, this will always result in the church’s message becoming abandoned. Others in the church fail to even address these problems and pretend that by ignoring them that somehow these controversies will disappear. Still others delay in dealing with these issues and pass them off hoping to address them at some future time. Any delay or unwillingness to deal with erroneous sentiments that arise in the church only makes the problem worse. Expect the conflict to grow with even more egregious departures from the church’s Bible-based teachings.

Failure to act will only cause more members to become seduced or infected by those who seek to make of non-effect the truth of God. The church has been admonished that in order for her decisions to be pleasing and accepted by God, she must act and speak the truth as it is found in Scripture:

“Deal faithfully with wrongdoing. Warn every soul that is in danger. Leave none to deceive themselves. Call sin by its right name. Declare what God has said in regard to lying, Sabbathbreaking, stealing, idolatry, and every other evil. ‘They which do such things shall not inherit the kingdom of God.’ Galatians 5:21. If they persist in sin, the judgment you have declared from God’s word is pronounced upon them in heaven. In choosing to sin, they disown Christ; the church must show that she does not sanction their deeds, or she herself dishonors her Lord. She must say about sin what God says about it. She must deal with it as God directs, and her action is ratified in heaven. He who despises the authority of the church despises the authority of Christ Himself.” (Desire of Ages, 805).

We are also warned that those who yield to the cultural influences of their day, and do not repent and chose to remain non-compliant to God’s word, will eventually apostatize.

“As the storm approaches, a large class who have professed faith in the third angel’s message, but have not been sanctified through obedience to the truth, abandon their position and join the ranks of the opposition. By uniting with the world and partaking of its spirit, they have come to view matters in nearly the same light; and when the test is brought, they are prepared to choose the easy, popular side.” (Great Controversy, 608).