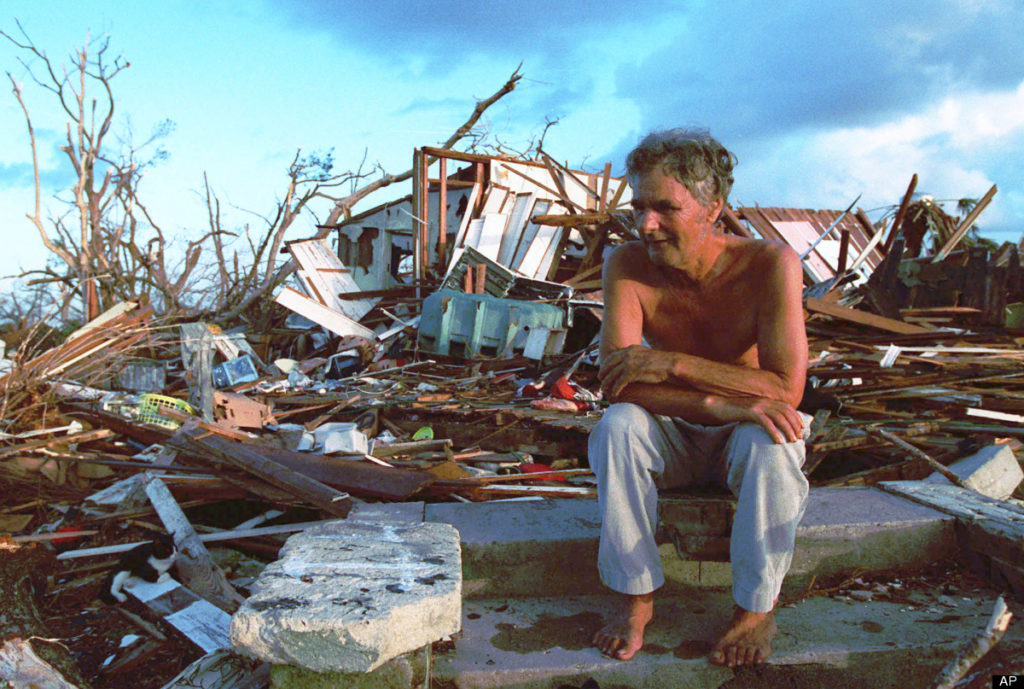 The greatest threat to the America people is not the economy. It’s not Islamic terrorism, not illegal immigration, not North Korea, Iran, climate change and not even the environment. The greatest threat to our people are the judgments of a righteous and holy God Who pours out His wrath upon an unrepentant nation and world.

The damage estimates from just Hurricane Irma and Hurricane Harvey stands at around $290 billion dollars and counting. This estimate does not factor in the tragic loss of life in the Caribbean and in the United States.

AccuWeather predicts an economic impact of $290 billion from Harvey and Irma combined amid a destructive and costly hurricane season. This cost is factored by the following:

2. Increased unemployment rates for weeks, and possibly months in some places

4. Crop loss, including cotton crop and 25 percent of orange crop, which will impact the cost of consumables for all Americans

6. Damage to homes, cars, furniture, antiques, jewelry and other valuables

7. Loss of valuable papers, cherished belongings such as photos

Over 30 million people were affected by Hurricane Irma (Caribbean, Florida, Georgia) and another 10 million by Hurricane Harvey (Texas and Louisiana). This represents the greatest number of people affected in the US in modern times by natural disasters.

The Florida Keys was a popular destination for bars and clubs and they had a vibrant gay community. Gay Pride Week was an annual celebration that flooded Key West with LGBT revelers from around the world. That’s all come to an end.

The bars and the party scenes are now quiet as the land rests from the frivolities that were being done. All the Hurricane drinking parties that are a tradition for Key West have quit as people are realizing the desperation they are now in.

God warns that the land will have its time of rest from sin:

We are living in a fearful and solemn time. What is our condition and standing before God in this hour? Pride, disobedience, rebellion, hypocrisy, frivolity, and amusement? All these sins have clouded the minds of the people so that eternal things are not being discerned. If we have any regard for our nation or for the salvation of our people then there must be a decided change. We must seek the Lord with true repentance and deep contrition so that our sins may be forgiven and blotted out and these costly, destructive disasters can cease.

“Let the church arise, and repent of her back-slidings before God. Let the watchmen awake, and give the trumpet a certain sound. It is a definite warning that we have to proclaim. God commands his servants, ‘Cry aloud, spare not, lift up thy voice like a trumpet, and show my people their transgression, and the house of Jacob their sins.’ The attention of the people must be gained…There should be earnest searching of heart. There should be united, persevering prayer, and through faith a claiming of the promises of God. There should be, not a clothing of the body with sackcloth, as in ancient times, but a deep humiliation of soul. We have not the first reason for self-congratulation and self exaltation. We should humble ourselves under the mighty hand of God. He will appear to comfort and bless the true seekers” (Review and Herald, March 22, 1887).