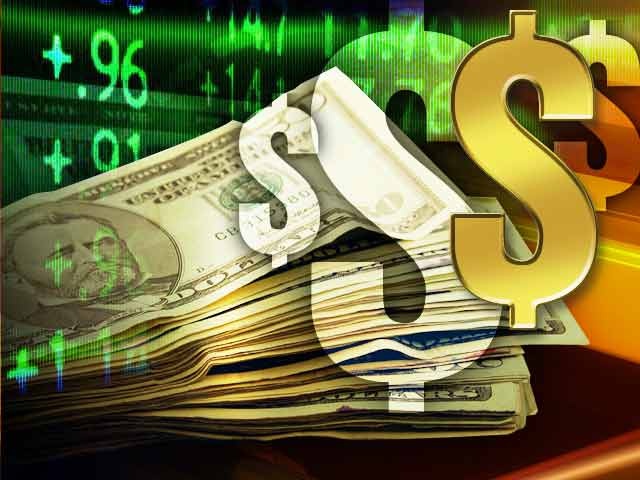 “We have not a dollar of the Lord’s money to invest in mining enterprises in this world” (Counsels on Stewardship, p. 243).

The General Conference of Seventh-day Adventists has voted to pull out all of its stock investments from the weapons and firearms industries. They are cancelling their financial interests in companies whose profits come from the “sale of weapons, combat vehicles, munitions or other warfare systems.”

It appears that Adventists will no longer invest “sacred” money in defense contacting companies that build weapons to kill people. Even though the church didn’t report how much money they have invested in companies that do business with weapons and firearms nor are they disclosing the total dollar amount of all their various investments in stock and bonds, they did report this month during the 2018 General Conference Executive Spring Meeting that their overall investments “increased almost $8 million more than a year before.”

However, we get a small glimpse into the vast amount of “sacred” money being invested in worldly businesses from a report that came out over 30 years ago. Back in 1987 the Seventh-day Adventist Church had “more than $500 million in various investment funds.”

It’s important to note that these figures do not include all the other securities and investments owned by the individual divisions, unions and local conferences. This number doesn’t include securities owned by Adventist health institutions, Adventist educational institutions or other associations, subsidiaries, charities, special ministry, and so on. This doesn’t inculde the investments owned by supporting ministries and other independent ministries. Each institution and entity has its own investment portfolios.

So how much total money do Adventist institutions have invested in stocks, bonds, real estate and other ventures? No one knows. It is almost impossible for any one person, including church officials, to find out just how much money Seventh-day Adventist institutions have invested in securities because of the diversity of names used to conceal church portfolios. It is a common practice for organizations and individuals to put their investment holdings under different names or in shell corporations.

“The Lord has given me instruction that at the meetings I would attend I would find men encouraging our people to invest their money to work mines. I am bidden to say that this is a device of the enemy to consume or to tie up means that is greatly needed to carry on the work of God. It is a snare of the last days, to involve God’s people in loss of their Lord’s entrusted capital, that should be used wisely in the work of winning souls. Because so much money is invested in these very uncertain enterprises, the work of God is sadly crippled for lack of the talent that will win souls to Christ” (Counsels on Stewardship, p. 243).

If God, through His prophet, stated that not even “a dollar” of His money should be invested in worldly enterprises, why then should we risk millions of dollars of God’s money in the secular markets of finance? To seek a profit? Has God run out of money? Is the church’s financial success dependent upon the financial success of the world? Are we going to give all our profit earnings to Jesus as a gift when He returns the second time?

How many missionary workers could be sent throughout the world if these funds were invested directly into the Lord’s work? How many people would benefit from the medical missionary work? How many truth-filled books and other literature containing the final warning message for this hour could be placed so that the world could be warned, Christ can come, and we can finally go home and inherit our true riches!

Bring the Tithes, Where?

“Bring ye all the tithes into the storehouse, that there may be meat in mine house.” Mal. 3:10

In where? The Lord says in “My [mine] house,” and not into worldly businesses. Millions of those sacred dollars are being diverted to worldly business in order to make a profit. In Amos 8:5-6 we read about how the children of Israel couldn’t wait until the Sabbath was over so that they could once again engage in buying and selling.

The Lord’s response is very fearful: “The LORD hath sworn by the excellency of Jacob, Surely I will never forget any of their works. Shall not the land tremble for this.” Amos 8:7-8.

Yet today Adventists don’t have to wait for the Sabbath to be over because they now own shares of worldly businesses that can make them money during the Sabbath!

“For my thoughts are not your thoughts, neither are your ways my ways, saith the LORD.” Isa. 55:8.

In Jeremiah’s day (Jeremiah 17:20-27) one of the reasons for Israel’s captivity in Babylon was for breaking the Sabbath day.

“If the admonitions to obey the Lord God of their fathers and to hallow His Sabbath day were not heeded, the city and its palaces would be utterly destroyed by fire” (Prophets and Kings, pp. 412-413).

Much greed and selfishness permeated the Jewish temple in the days of Christ. Jewish and non-Jewish pilgrims from all over the world would come to Jerusalem to seek after God during Passover time at the Temple. Once they arrived, the foreigners would have to deal with the moneychangers.

“It was required that all foreign coin should be changed for a coin called the temple shekel, which was accepted for the service of the sanctuary. The money changing gave opportunity for fraud and extortion, and it had grown into a disgraceful traffic, which was a source of revenue to the priests” (Desire of Ages p. 155).

When Jesus arrived, He “overthrew the tables of the moneychangers” (Mark 11:15) and called the temple a den of thieves and a house of merchandise.

Instead of investing God’s sacred money in the hopes of acquiring greater wealth, the Laodicean church, who thinks they are rich but are actually poor; has been commanded by Jesus to “Buy of me gold tried in the fire, that thou mayest be rich” (Rev. 3:18). He also warned against the danger of trusting in riches: “So is he that layeth up treasure for himself, and is not rich toward God” (Luke 12:21).