The Allegheny West Conference (AWC) in coordination with the Columbia Union of Seventh-day Adventists has ordained its first woman into the ministry with full credentials on June 16, 2018. The ordination service took place during the 2018 AWC Annual Camp Meeting. In the above 5 minute video you will see the ordination service for Regina Johnson into the gospel ministry by the officers of the executive committee of the Allegheny West Conference. 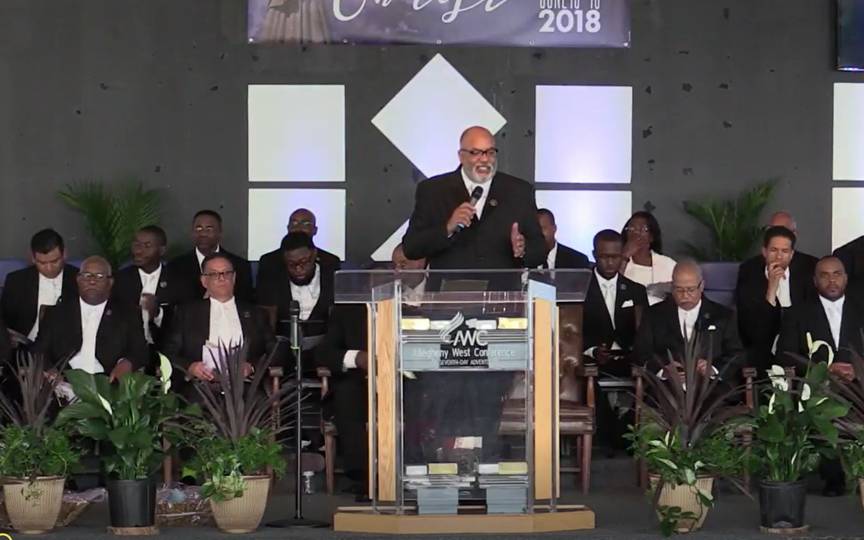 William Cox, the Conference President was in attendance. 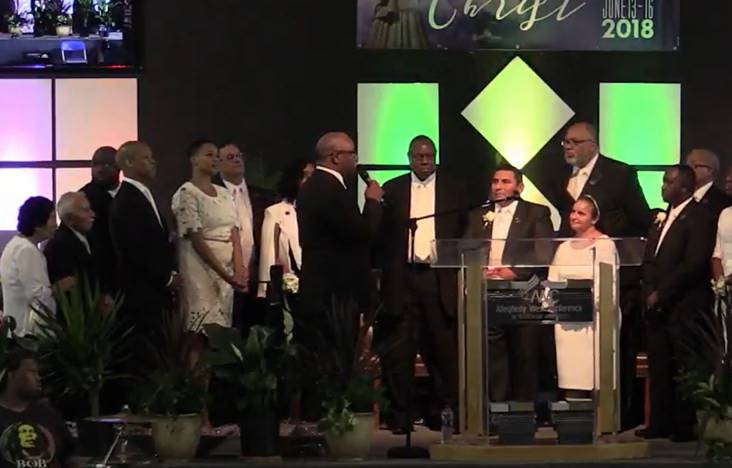 William Joseph, Ministerial Director of the AWC, spoke about how ordination services were traditionally known as the “brotherhood of ordained ministry.” But now they should be recognized as the “brotherhood and sisterhood of ordained ministry.” William Joseph also reminded everyone that “ministerial ordination” is the highest level anyone can reach within the Seventh-day Adventist Church. 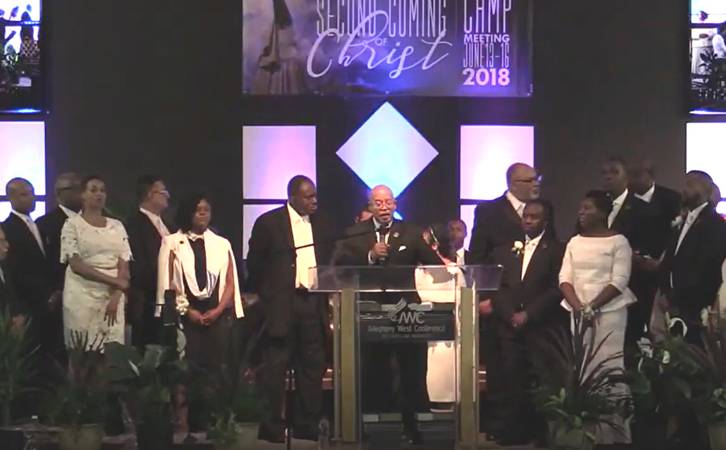 Marvin Brown, executive vice-president of the AWC said it was his distinct honor to present – “in behalf of the Allegheny West Conference and the Columbia Union of Seventh-day Adventists” – the brand new “credentials” for the new “ordained ministers” in the Seventh-day Adventist Church. Marvin Brown then starts to hand out the new credentials to 3 men and finally to Regina Johnson as the audience begins to applaud.

Here we have insubordinate members within the church who are challenging the authority of the General Conference Sessions. The General Conference Session is the world forum where over 2,500 delegates representing over 170 countries meet to elect church officers, conduct business meetings and determine the beliefs and policies of the church. This representative assembly of men and women is the highest authority within the Seventh-day Adventist Church. The decisions made during these world gatherings represent the voice of the world church and are binding upon both leaders and membership.

On three different occasions the world church in a general session has voted “no” to ordaining women into the gospel ministry. A lot of effort, prayers, sacrifice and expense goes into organizing these world gatherings. To disregard the decisions of the world church is to make a mockery of all this effort. Why even have General Conference Sessions if certain employees within the church are going to refuse to obey its decisions?

This is a complete disrespect and a slap on the face to all the world delegates and to the constituencies they represent. This unwarranted behavior is wrong and needs to be called out for what it is – insubordination. Conference officials who continue to ordain women in defiance to the voted actions of the world church are betraying the entire representative form of church government and its processes.

No church employee should be allowed to continue in defiance to the voted church policies. Such behavior sends the wrong message that it is OK to do whatever you want and disregard the order and unity of the church without consequences.

The General Conference is taking too long to address these issues. For three years they have been trying to find the best way to deal with those who continue to ordain women within the Seventh-day Adventist Church. Hello? Isn’t it obvious that there are some who will never come into compliance? While the General Conference continues to delay addressing this issue, more and more women are being ordained into the ministry. The Bible tells us that when problems go unaddressed they rarely get better with time.

It’s time to nip women’s ordination in the bud. Those who continue to ordain women into the ministry are demonstrating disrespect, rudeness and hostility towards the world church at large and towards its decisions. This conduct is unacceptable and should not be tolerated. Disciplinary procedures must be meted out quickly, and not after many more years of insubordination and after many more ordinations. There comes a time when we have to reevaluate the business relationships of those who are employed by the church and who continue to engage in gross misconduct and insubordination.

“God cannot use men who, in time of peril, when the strength, courage, and influence of all are needed, are afraid to take a firm stand for the right. He calls for men who will do faithful battle against wrong, warring against principalities and powers, against the rulers of the darkness of this world, against spiritual wickedness in high places. It is to such as these that He will speak the words: ‘Well done, good and faithful servant…enter thou into the joy of thy Lord.’ Matthew 25:23” (Prophets and Kings, p. 142).