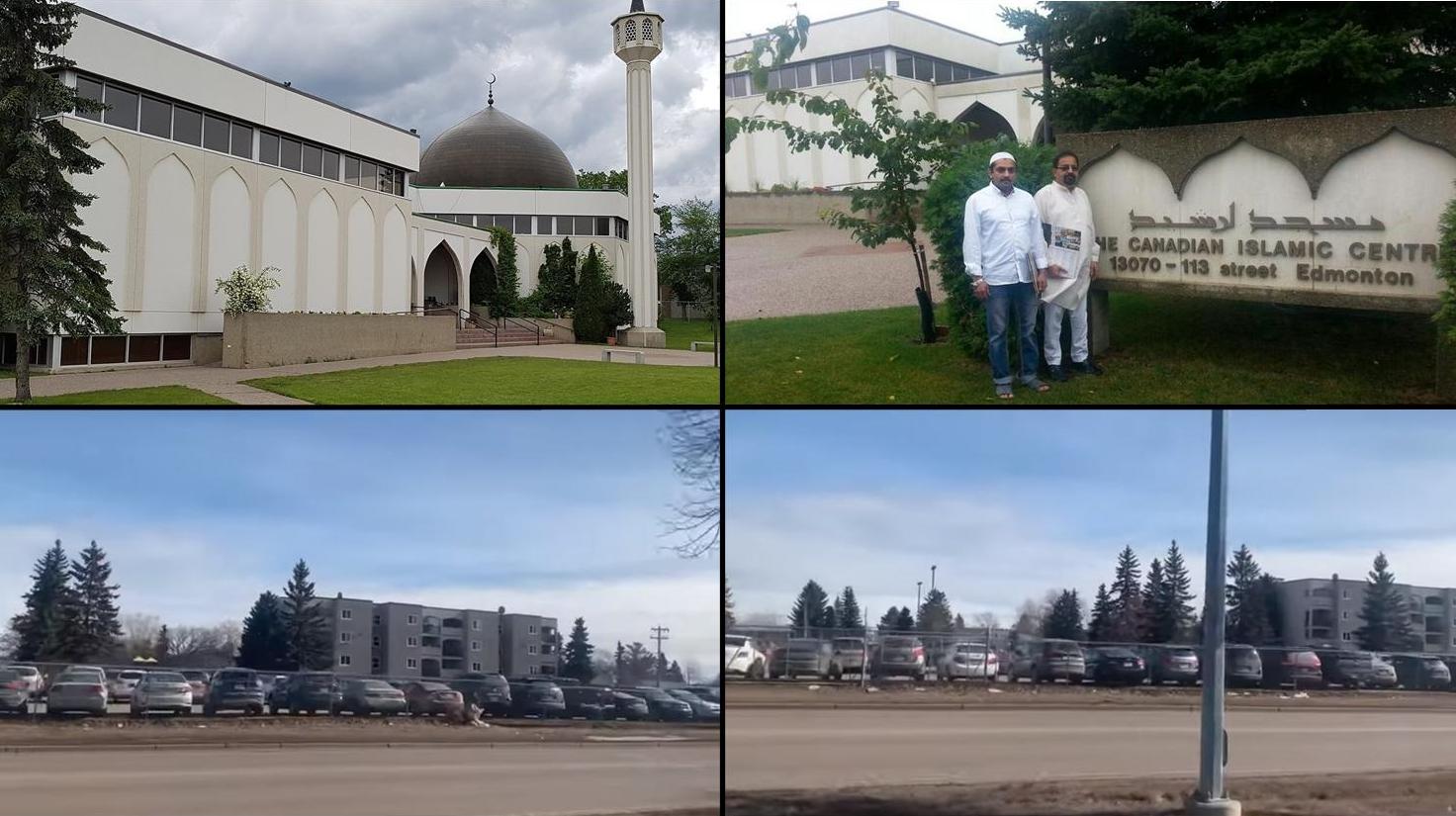 The Canadian Islamic Center, also known as the Al Rashid Mosque, is located in the city of Edmonton, the Canadian province of Alberta. GraceLife Church is also located in Edmonton. Yet in spite of Alberta’s restriction on houses of worship, the mosques have been allowed to continue with their worship services at full capacity while GraceLife Church has been raided by the police, their pastor has been jailed, a police blockade has been deployed and a 9-foot high fence has been erected around the church’s perimeter to prevent people from coming on the property. [1]

Masjid al rashid mosque Edmonton
like I said, can't play favorites, you have to evenly distribute standards if you expect any compliance (for justifiable use of authority)… pic.twitter.com/AySY9bkhUk

It is unclear why mosques are exempt from the government’s health mandate. Why hasn’t Alberta Health Services, the health authority for the Canadian province of Alberta, shut down Islamic mosques when their worship services are packed with people every Friday? Why are only Protestant churches being harassed, singled out and closed?

This is hypocrisy on the part of Canadian politicians who give certain exemptions towards one religion and not another. This proves that these health measures have nothing to do with “public safety.” How do Alberta health officials allow hundreds, if not thousands, of Muslims to come together in one mosque in violation of Covid-19 regulations if they really care about protecting their citizens during a pandemic?

And yet…every mosque in Alberta heck in Canada is open and full. Good Friday is still friday, a Muslims sunday. Go look on Friday at a mosque any mosque. https://t.co/xT95WjbPby

Some are given special treatment, while others are denied. The same rules do not apply to everyone. The rules favor one party over others. So much for the rule of law, which used to mean that no one is above the law.

But they feel they do. Toronto Mosque open and packed. Alberta Christian Church is closed by police and barricaded.

Why the hatred for the progenitor of the ideology that these progressive people so desperately want to display?

Or perhaps the authorities in Alberta are afraid of enraging certain jihadists. Are they concerned that if the police starts erecting fences around Muslim mosques and begin closing them down, perhaps some of the most fanatical elements within Islam could launch a campaign of terror across Canada? Are they concerned about the global public condemnation by Muslims, the United Nations and other globalists from around the world for confiscating Islamic houses of worship? Of course they are.

Today, in Canada, Christian churches are being closed and occupied by the police. And how does most of the world respond? They say, “Good. Those Protestants are in rebellion. Shut them down.” Let them try to do this to a Muslim mosque and you will see double standard. Canada would be accused by the world of recklessly provoking Muslims, and such provocation would be condemned as unacceptable and irresponsible. In addition, Alberta government officials do not want to provoke the ire of any radicalized Muslim in Canada who already believes that terrorism is an appropriate response to those who offend Islam, so instead the politicians pick on Protestants.

Allowing mosques to remain open in defiance of Canadian law means that health officials in Alberta recognize that Sharia law takes precedence over their own health mandates, and even their written Constitution. That is what Muslims believe anyway. Muslims are not going to obey the “infidels” and stop worshiping. And, tragically, most Canadians, as in the United States, no longer care about the rule of law or the Constitution.

And adopting the same hardline approach against mosques that has been used against GraceLife Church would be characterized as “Islamophobia.” No politically correct government official wants to be labeled with that characterization. So, in Canada, they closed churches that refuse to comply with the government’s pandemic mandates, but not Muslim mosques. Canada is especially harsh and discriminatory towards Protestants, while completely leaving Muslims alone.

This is the problem with some authorities. To secure public favor, they selectively and inconsistently enforce their own rules and offer illogical justifications for doing so. Public health experts are constantly creating new and ever-changing pandemic policies. These policies are being used to create a new kind of “criminal” among ordinary Christians during the coronavirus crisis. We are told that this is how the final crisis will come:

“Even in free America, rulers and legislators, in order to secure public favor, will yield to the popular demand for a law enforcing Sunday observance. Liberty of conscience, which has cost so great a sacrifice, will no longer be respected. In the soon-coming conflict we shall see exemplified the prophet’s words: ‘The dragon was wroth with the woman, and went to make war with the remnant of her seed, which keep the commandments of God, and have the testimony of Jesus Christ.’ Revelation 12:17” (Great Controversy, p. 592).