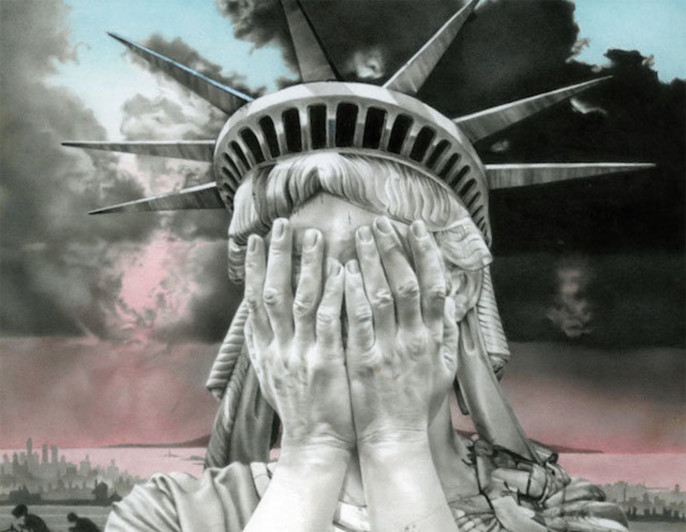 “Because iniquity shall abound, the love of many shall wax cold.” Matthew 24:12.

Our nation is at a crossroad. Mass shootings, assaults, political strife, racial tensions, gang violence, anarchy, riots and lawlessness are bringing us to a breaking point. The current trends are not sustainable.

Detectives from the Metropolitan Police Department reported that a gang of teens, some as young as 13 years old, brutally attacked tourists outside of a Hilton Hotel in Washington D.C. This assault took place on July 14, 2019 and has left the city in shock. [1]

With all the advancements in human civilization one would think that in this modern era we were headed towards a time of peace and brotherhood. Unfortunately, we are on a path to total depravity and barbarism the likes which caused the judgments of God to fall upon the infamous societies of the past – the days of Noah, Sodom, Babylon, Rome and others.

On July 4, 2019 in Philadelphia a mob of about 60 people most of them young teenagers ran into a Walgreens store and robbed and vandalized the place. Some of the young men even assaulted the employees. [2]

Every day news reports validate the words of scripture which reveal to us that we are truly living in the end-times. Our world is daily becoming more dangerous as evil is intensifying. These are the scenes described by Jesus that would take place in the final generation just before His Second Coming. Our society is in the state of moral and cultural decay.

And just recently a third case of people attacking law enforcement officers with water buckets occurred as they attempted to make an arrest. [3]

Before our world reaches the point of no return, the gospel of Christ must be proclaimed louder and clearer than it has been. Before society completely disintegrates and falls to pieces, those caught up in sin and iniquity must be reached with God’s last message of mercy. God’s people must pray and work for souls in the hopes that some can turn to Jesus before it’s too late.

“The conditions prevailing in society, and especially in the great cities of the nations, proclaim in thunder tones that the hour of God’s judgment is come and that the end of all things earthly is at hand. We are standing on the threshold of the crisis of the ages. In quick succession the judgments of God will follow one another—fire, and flood, and earthquake, with war and bloodshed. We are not to be surprised at this time by events both great and decisive; for the angel of mercy cannot remain much longer to shelter the impenitent” (Prophets and Kings 278).