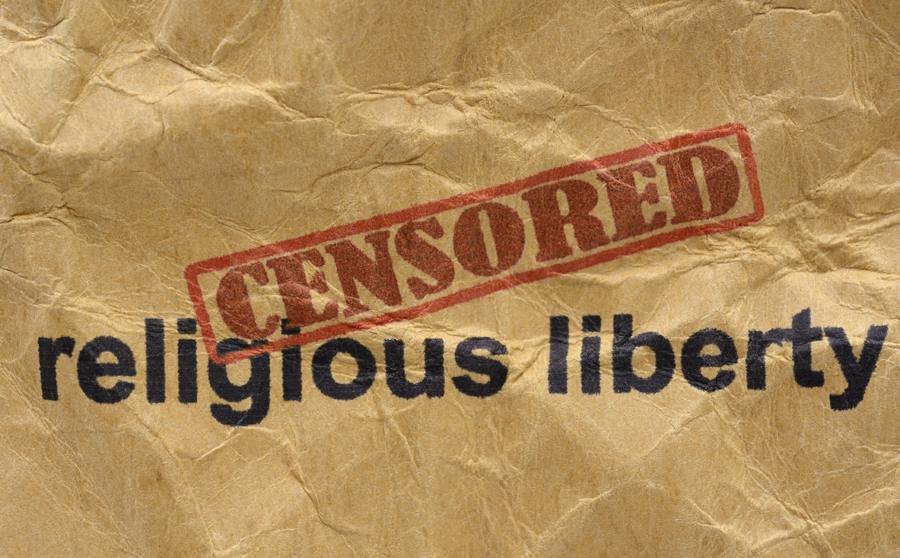 Last Friday we published an article about Liberty Magazine and showed how it has become a full-blown left-wing publication promoting globalism, socialism, climate change, COVID-19 shutdowns, vaccines and many other policies that coincide with Pope Francis’ agenda. [1] Lincoln Steed, the editor of this Seventh-day Adventist publication, sent me the following email the very next day, Sabbath morning: 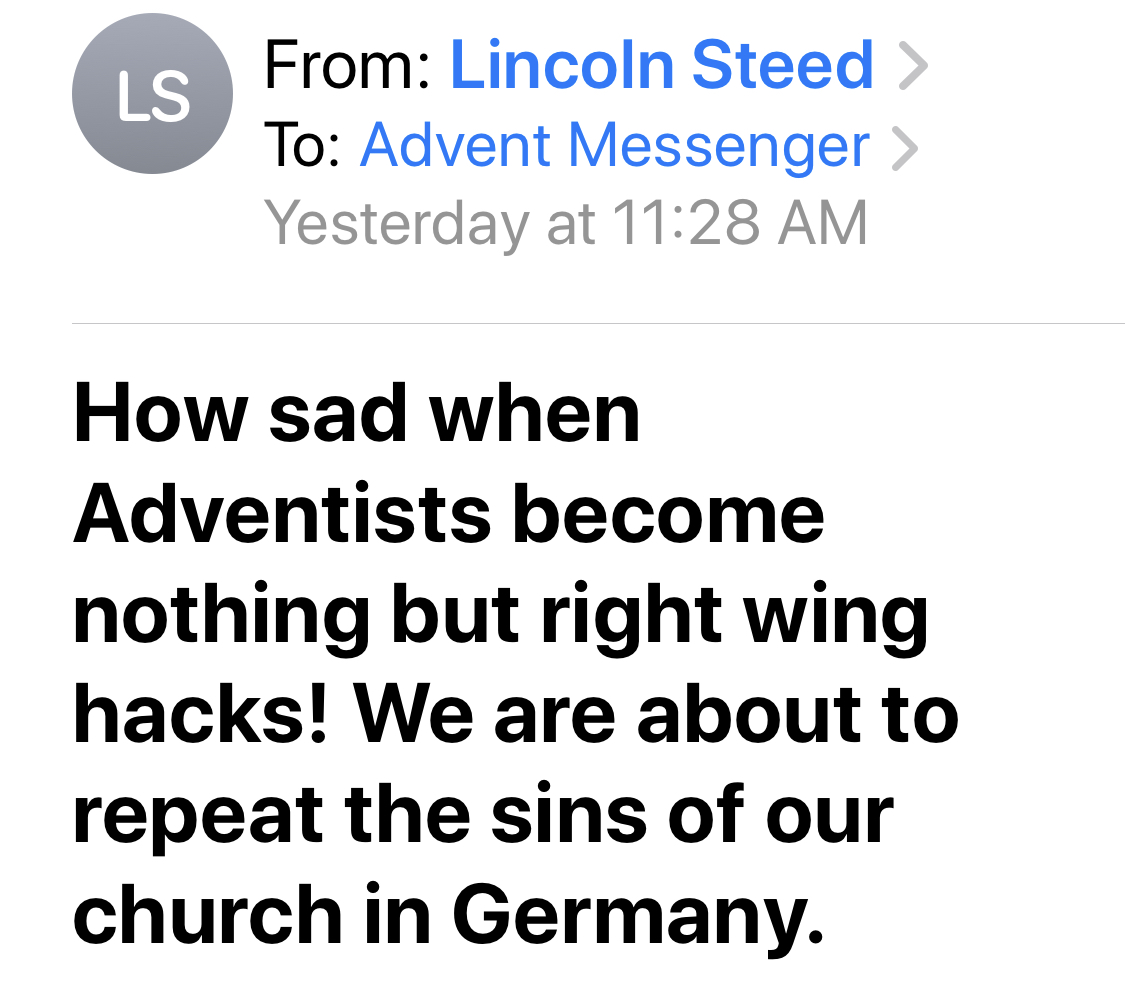 Lincoln Steed does not deny that Liberty Magazine has a globalist left-wing slant. He doesn’t apologize for what we perceive to be the politicization of this publication. He simply states that we are repeating the same failure of the churches in Germany. And what history is he referring to? Without further explanation from Lincoln Steed, we can only imagine that based upon Liberty Magazine’s previous criticism against the anti-globlaist, America-first policies of President Trump, [1] he is referring to the popular narrative that America is becoming like Nazi Germany.

I don’t presume to know what Lincoln Steed believes, but in general, whenever people compare Germany’s past history to our modern political landscape, they tend to imply that the United States is transforming itself into the Nazi Germany of the 1930s. And it is no secret that many liberals in America already view Donald Trump as Hitler and those who support him as Nazi sympathizers.

1 – Keep your views on politics outside the church and especially outside of our church-owned publications. People have different points of view and if you are going to promote one side while excluding the other; well, then, by this attitude we become real political hacks. The church is not a political forum. It is a place to worship God and be inspired. It is a disservice to Adventism and the world when leaders engage in one-sided political partisanship and censorship.

“Whatever the opinions you may entertain in regard to casting your vote in political questions, you are not to proclaim it by pen or voice. Our people need to be silent upon questions which have no relation to the third angel’s message” (Letter, 4, 1898).

2 – We must be careful with Hitler/Nazi comparisons. Comparing President Trump to Hitler is repulsive and insensitive to the millions who died during the Holocaust. We demean their memory and disgrace ourselves with comments like this. The Holocaust Museum in Washington D.C. published an essay entitled “Why Holocaust Analogies Are Dangerous.” It would be wise for our church leaders to pay attention to this:

“It is all too easy to forget that there are many people still alive for whom the Holocaust is not ‘history,’ but their life story and that of their families. These are not abstract tragedies on call to win an argument or an election. They carry the painful memories of the brutal murder of a cherished baby boy, the rape of a beloved sister, the parents arrested and never seen again … Careless Holocaust analogies may demonize, demean, and intimidate their targets. But there is a cost for all of us because they distract from the real issues challenging our society, because they shut down productive, thoughtful discourse.” [2]

You can criticize Donald Trump. You can disagree with his policies or even his behavior if you want, but if you are going to compare the Republican president to Hitler, what do we do with Democratic governors in New York, California, and other places who encourage citizens to spy on their neighbors and report them to the police? What do we do with Democratic leaders who have closed churches and allowed bars to stay open? And what about the Democratic anarchists who riot in the streets? Aren’t these activities in line with Hitler’s Nazi Germany as well? Or, will we continue to engage in one-sided name calling and political partisanship and censorship?

Blaming Donald Trump’s alleged connection to Hitler as the reason for embracing Pope Francis’ globalism is simply ridiculous. It is a cheap excuse to promote left-wing socialist propaganda. The truth is that many leaders of the Seventh-day Adventist Church have been embracing liberalism, ecumenism, Romanism and globalism long before Donald Trump became president, and will continue to do so long after Trump has left. Beware of the “good words and fair speeches” that “deceive the hearts of the simple” (Romans 16:18).

Would to God that the following words of W. A. Spicer could be published in Liberty Magazine, in every church publication, in every church media outlet and in every church bulletin. These words are a rebuke to any attempt to politicize the mission and message of God’s people:

“Thank God for the third angel’s message, and the blessed hope of the Lord’s soon coming! It is the only hope. Men talk and dream of a world-conversion; but we know the futility of such a thought … The coming of the Lord is the only hope of the world. The greatest betrayal of trust in the history of man would be for Seventh-day Adventists to settle down to mere philanthropic and humanitarian effort. We can never heal the hurt of this world; but we can obey our Lord’s command, and carry the witness of his last message to all the world, and then he will come to put an end of sin.” (W.A. Spicer, Editor, Notes from the Edinburgh Missionary Conference, Advent Review and Sabbath Herald, July 21, 1910).