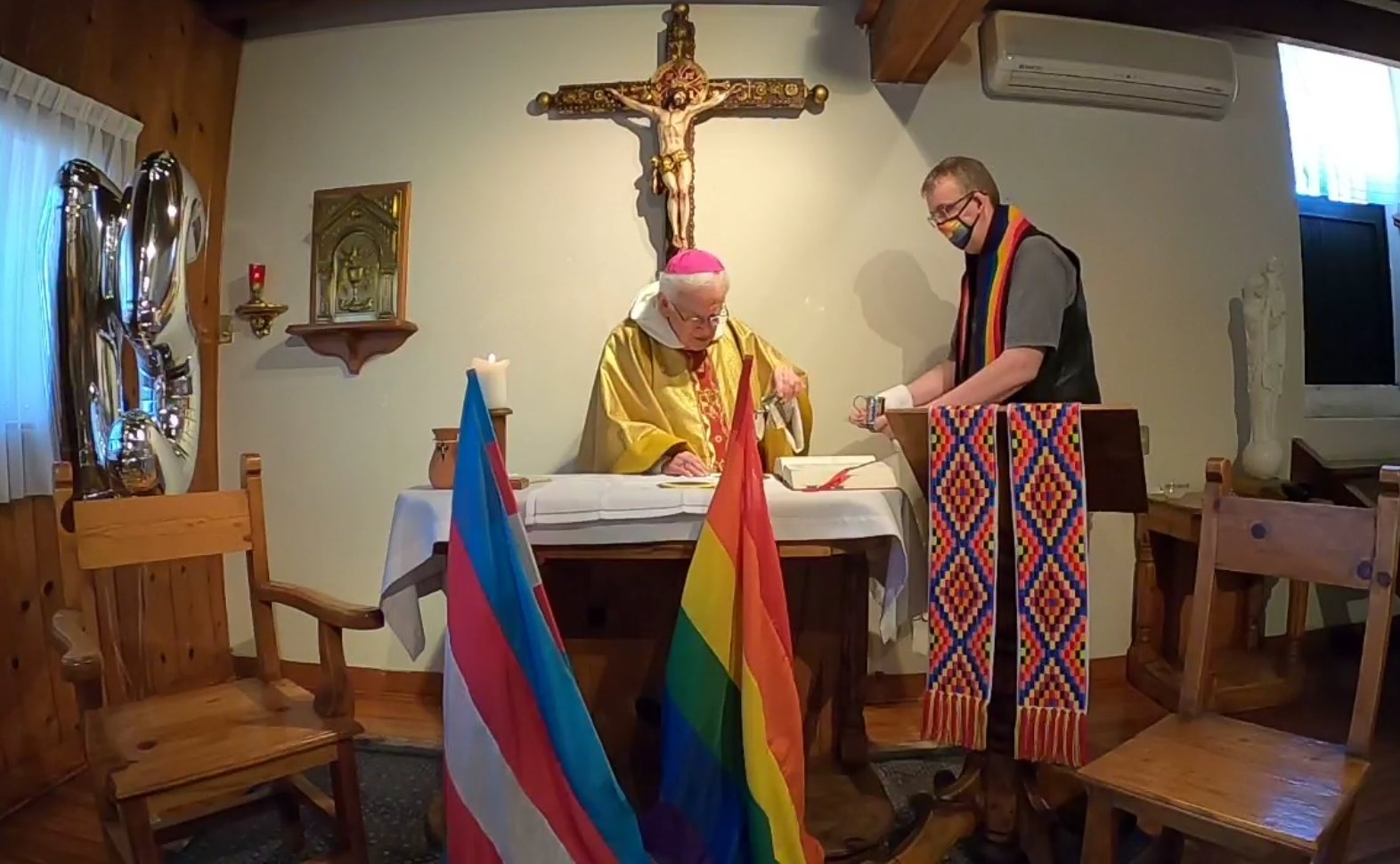 Raúl Vera López is the bishop of Saltillo, Mexico and he is bowing to the homosexual agenda. Last week he celebrated mass with the LGBT+ and transsexual flags. The modern sexual revolution is devastating all the churches and Rome is leading the way. According to Catholicism, the mass is supposed to be the representation of the last supper that Jesus had with his disciples. The bread and wine are consecrated through transubstantiation and supposedly become the blood and body of Jesus on the altar.

But this ceremony has now become a celebration to the LGBT+ movement and resembles more of a party than a religious ceremony. What do the LGBT+ and the transexual flags have to do with the Roman Catholic Church’s most solemn religious ceremony (mass)? Absolutely nothing. This is just another example on how the homosexual agenda is being forced upon the churches without their consent – thanks to Rome. 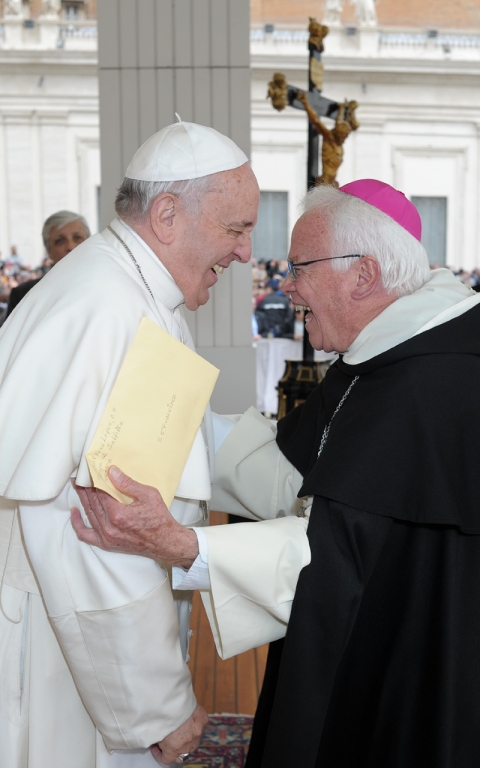 Bishop Vera recently had a meeting with Pope Francis in which they appeared together with great laughter, when, by that date, Bishop Vera had already performed several of the LGBT+ masses. Everything works according to a plan. This is not all by chance. You may recall that not long ago Pope Francis was asked if there was a “gay lobby” in the Vatican. Pope Francis answered “yes” indirectly:

Despite the fact that homosexuality has existed for generations, today it is promoted and supported in a way never seen before. Forces are working overtime to dismantle everything sacred that we hold dear. These carnal Christians and compromised churches are the greatest obstacle to God’s people. We fully expect the world to push sexual anarchism. But when the gospel of Christ is corrupted and tainted by the “church,” that is a sign that our world cannot last much longer.