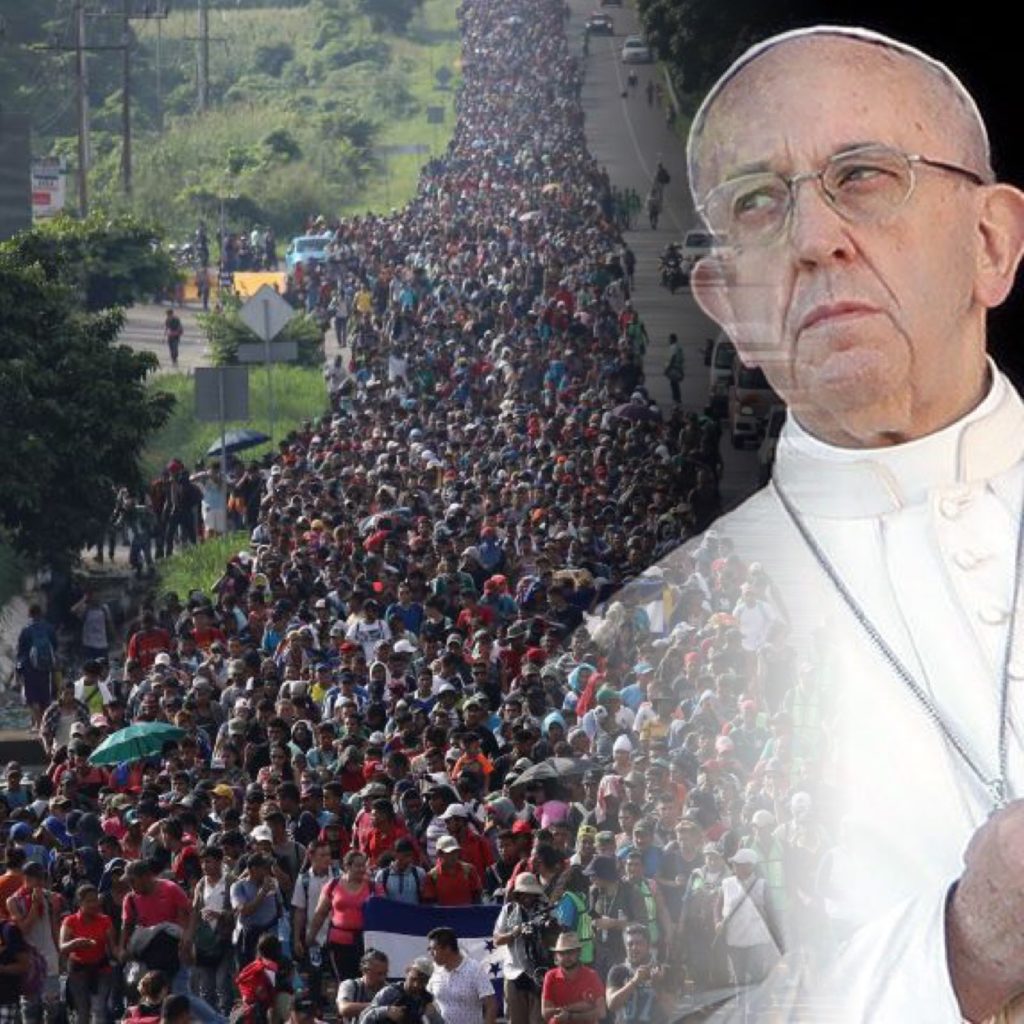 “And the king of the north shall come against him like a whirlwind, with chariots, and with horsemen, and with many ships; and he shall enter into the countries, and shall overflow and pass over.” Daniel 11:40.

This passage speaks of invasion, of overflow and of passing over into the territories of another country uninvited and unwelcome. Many Seventh-day Adventists interpret the King of the North as applying to the papacy. If true, then her armies will be invading certain key nations during the last days in an effort to help set the stage for Rome’s final conquest.

A huge growing procession is coming to America. It is a Catholic procession coming from heavily Roman Catholic countries in Central America. They have already forced their way through Guatemala breaking down barriers and barbed-wire. This so-called “migrant caravan” is now making its way through Mexico with very little resistance from Mexican authorities.

They are marching towards America with the goal of entering the United States in defiance of US law and in defiance of President Trump. This growing caravan of 14,000 people is well organized. They have leaders, legal advisors and support networks. They are being fed and in many cases they are being driven in vehicles and cargo trucks.

Most importantly and quite possible prophetically, this “migrant caravan” has the support and sympathy of Pope Francis who is urging everyone to help take up their cause. [1]

If this is all an elaborate plan to change the dynamics and make-up of Protestant America by force and mob-type techniques, then this is not a caravan of migrants – it’s the Papal army and they are on the march.

America is a very generous nation. Our federal government gives so much aid to the world. In addition, our citizens support and fund so many foreign causes with their own money.

America also takes in many refugees and immigrants from around the world. We have a legal process by which people can apply to come into the United States which includes criminal background checks, medical checks and other verifications to determine what kind of person is being let inside our country.

Our government also has a responsibility of protecting its citizens. That’s why there is a process in place, and circumventing these safeguards is unfair to our citizens and to those immigrants and refugees whose cases are already being processed.

Force and mob-style tactics on the part of those wanting to enter our country should never be rewarded. We are a nation of laws, and the mystery of iniquity (lawlessness), another reference to the papacy, is at work in our world today. Are these all just peaceful, displaced refugees looking for help, or is a plan being put in place to bring about a revival of popery in America? I believe that this is another sign of where we are in prophetic history.

“For the mystery of iniquity doth already work: only he who now letteth will let, until he be taken out of the way. And then shall that Wicked be revealed, whom the Lord shall consume with the spirit of his mouth, and shall destroy with the brightness of his coming.” 2 Thessalonians 2:5-8.