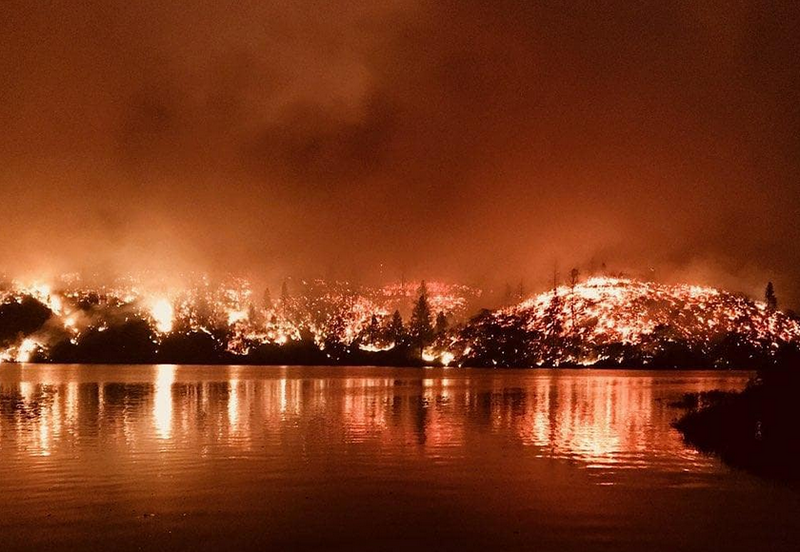 California’s Carr fire, the worst fire in the state’s history.

God has issued solemn warnings through the ancient prophets promising blessings for obedience and curses for disobedience. These timeless, prophetic words are speaking directly to us and they have a greater application today than when they were first spoken to Israel.

“Each of the ancient prophets spoke less for their own time than for ours, so that their prophesying is in force for us” (Selected Messages, Vol. 3, p. 338).

Catastrophic nature-related disasters are seen in the daily headlines of the world with troubling frequency. The curses promised in God’s word are due to this world’s continued disobedience (Read Deuteronomy chapters 28 & 30) and have become almost irreversible in this day and age. We have been warned through the Scriptures that destructive weather patterns will come, not because of climate change (global warming) and not by man’s own design; but instead they will come upon this generation as a form of punishment by God against the prevailing iniquities and transgressions. 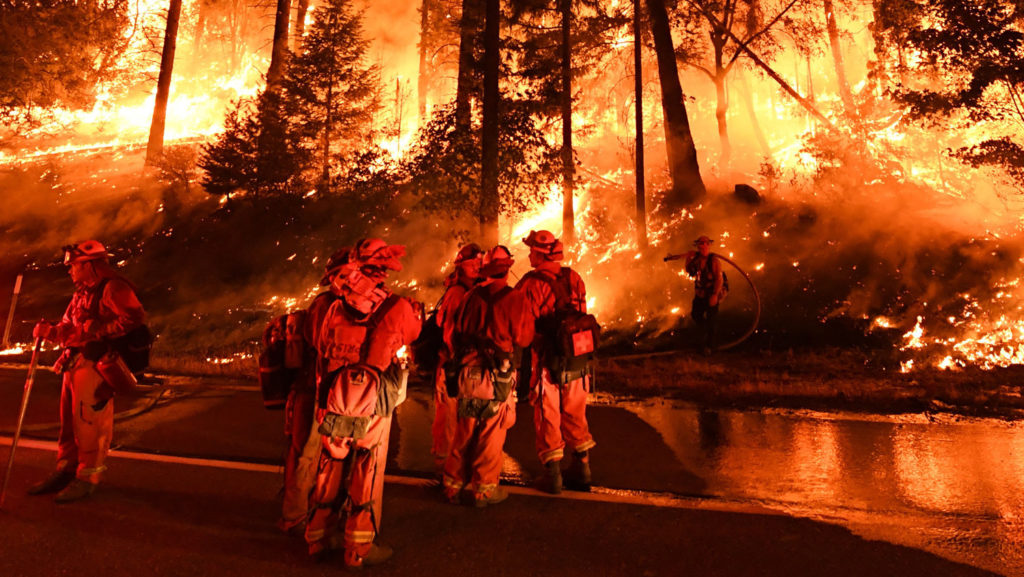 Firefighters try to control the Carr fire as it continues to spread. 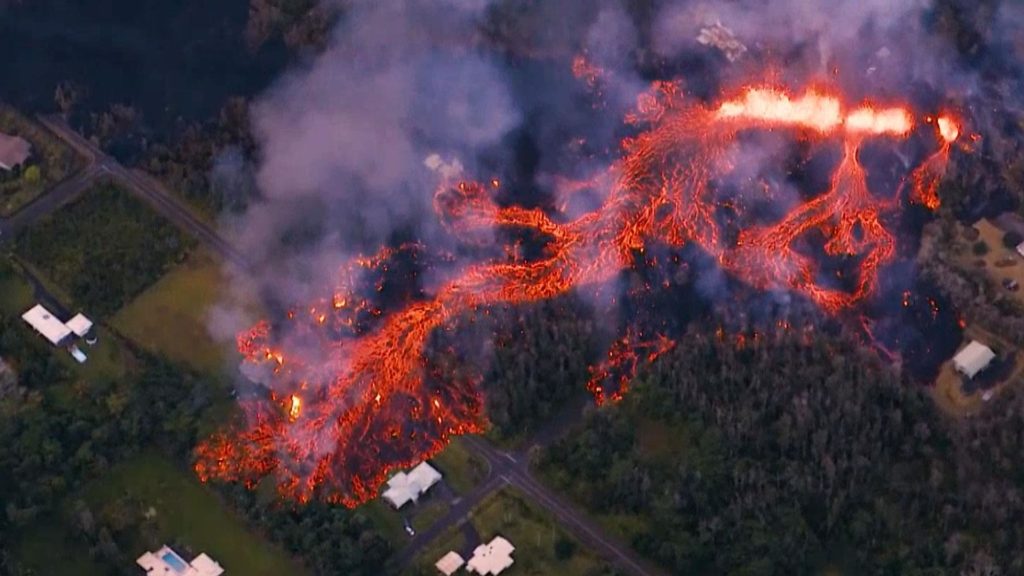 “The conditions prevailing in society, and especially in the great cities of the nations, proclaim in thunder tones that the hour of God’s judgment is come and that the end of all things earthly is at hand. We are standing on the threshold of the crisis of the ages. In quick succession the judgments of God will follow one another—fire, and flood, and earthquake, with war and bloodshed” (Maranatha, p. 67).

God’s blessings depend on our obedience. In times of national crisis we must examine ourselves to see if we have obeyed the voice of the LORD and if we are walking in His law which He gave to us by His servants the prophets.

“As it is written in the law of Moses, all this evil [disasters] is come upon us: yet made we not our prayer before the Lord our God, that we might turn from our iniquities, and understand thy truth. Therefore hath the Lord watched upon the evil, and brought it upon us: for the Lord our God is righteous in all his works which he doeth: for we obeyed not his voice” (Daniel 9:13-14).

God does loves us, and He desires to bless the nations. But how can He bless a people whose minds are daily poisoned by cocaine, alcohol, marijuana and other mind-altering intoxicants? How can God bless the nations when their hearts are daily being turned to sinful lusts and depravity? Traditional family values have been exchanged for broken dysfunctional homes. There are no consequences for destructive behavior and our schools have been turned into killing fields.  So what can God do when humanity is trampling upon His law in an “extraordinary” way?

“The Word of God plainly declares that His law is to be scorned, trampled upon, by the world; there will be an extraordinary prevalence of iniquity” (Selected Messages, Vol. 2, p. 367). 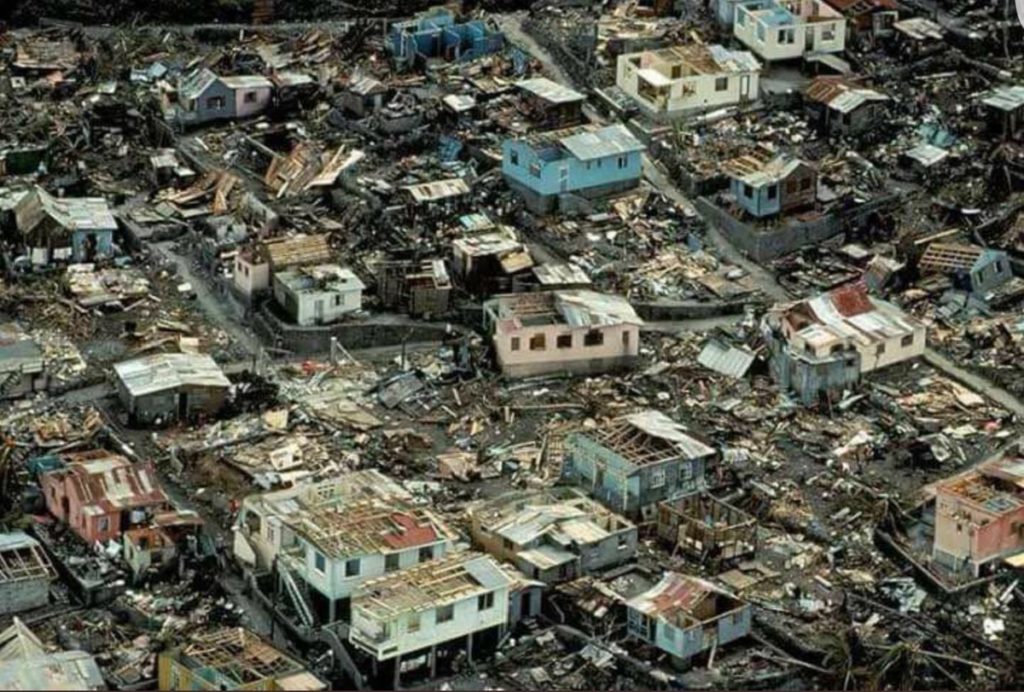 Hurricane Maria wiped out parts of the Caribbean.

In times of calamities and disasters, God expects us to turn towards Him. Punishment comes for shutting God out of our homes and banning Him from our lives. These calamities occur to arouse the minds of people to turn away from their sinful ways:

“Disasters by sea and land follow one another in quick succession. How frequently we hear of earthquakes and tornadoes, of destruction by fire and flood, with great loss of life and property. Apparently these calamities are capricious outbreaks of seemingly disorganized, unregulated forces, but in them God’s purpose may be read. They are one of the means by which he seeks to arouse men and women to a sense of their danger” (Review and Herald, February 26, 1914).

We are constantly being told that our world is “progressing” and that a time of great “enlightenment” has come, but God sees violence, evil and lawlessness the likes that had not even been seen in Sodom or in ancient Rome. The terrible record of sin has been piling up in the books of heaven; and soon, if we don’t turn around and call others to repentance, we will one day be terribly disappointed when death and destruction comes upon us like a whirlwind.

“Because I have called, and ye refused; I have stretched out my hand, and no man regarded; But ye have set at nought all my counsel, and would none of my reproof: I also will laugh at your calamity; I will mock when your fear cometh; When your fear cometh as desolation, and your destruction cometh as a whirlwind; when distress and anguish cometh upon you. Then shall they call upon me, but I will not answer; they shall seek me early, but they shall not find me: For that they hated knowledge, and did not choose the fear of the LORD: They would none of my counsel: they despised all my reproof” (Proverbs 1:24-30).