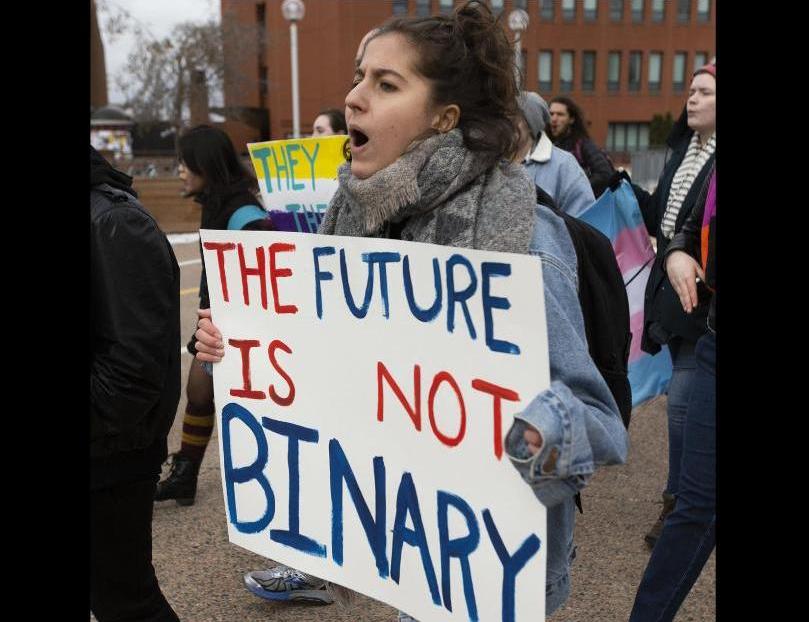 Schools in Australia have declared war on “binary.” Radical professors and politicians really hate the idea of “binary” because it is taught in the word of God. Binary is the concept that there are only two sexes – male and female. And the proponents of the new sexual revolution have declared an all-out assault against the evils of believing that we are either male or female.

A new training module in Australia will provide guidance for teachers to help them adopt a non-binary approach to education. The Herald Sun reported the following lunacy from the so called elites in academia:

“Australian schools should adopt a non-binary approach to gender in a bid to support and educate “genderfluid” and “genderqueer” students, a new guide for teachers says. Even schools without students who identify as non-binary should “shift focus away from binary gender segregation because it is useful for all students”, said leading gender expert Professor Damien Riggs, of Flinders University.” [1]

Binary gender segregation? They are indoctrinating the public that binary is evil. Binary stands for segregation. Binary is hateful. But if you are “non-binary,” you are good and useful. So if binary is bad then what is good? Notice how the article continues:

“The ‘Supporting Non-Binary Young People in Schools’ guide, which is available as an online module, defines non-binary genders as those which exist ‘outside of the binary of male or female,’ such as genderfluid, genderqueer, demigender, polygender, envy and neutrois. It is used by teachers nationally and internatinoally and is widely promoted to teachers via scial media, seminars and conferences.” [1]

Polygender and neutrois? These sexual anarchists are doing a wonderful job at destroying civilization. Their agenda is to tear down everything that makes us great as a society – marriage, family, morals, biology and reality. These sacred institutions are all being erased by radical, sexual militants. Notice what they are also recommending for today’s students:

“This may include flying ‘genderqueer flags’, including non-binary examples in teaching and becoming non-binary advocates for students in relation to their parents and carers … teachers should avoid dividing children on the basis of gender and let students use their preferred pronouns, which may include ze, hou and thon. Even the currently accepted “they/them” pronoun may not be favoured by non-binary students, the guide says. Rather, teachers should “check in with people about their pronouns, and do this in a sensitive and confidential way.” [1]

This global effort to reclassify gender has crossed into a territory of hysteria never seen before.  All logic has gone out the window – along with the longstanding, basic definitions of gender, morals and absolutes. If we follow these loony imaginations they will lead us to utter moral depravity, starvation and death.

When you reject binary, you reject food. All plant-based food comes from one male plant and one female plant. Or did you not know that plants also have sexual parts? Are they not teaching how pollination works anymore? So if you are against binary because it is hateful and discriminatory then you should not be eating any plant-based foods.

Cows, pigs and chicken also operate on the binary system. Then we have the evil puppies, the diabolical kittens, the hateful birdies and the intolerant fishies who also believe in binary. Whose going to teach them about the evils of binary because that is what our pets are? If you reject binary you should have nothing to do with all the prejudice and negativity displayed by those not-so-cute binary puppies.

If you reject binary you should not be using computers, webpages, social media, email, cell phones, tablets, cable, satellites, digital media (music, movies, pictures, video games, ebooks) or anything that uses digital information. Why? Because the digital world uses a binary numerical system (0 and 1) to store information and to process applications. Or do they not teach that in school anymore? If binary is evil and so hateful then the “non-binary” camp should not be using Facebook, Youtube, Google or any type of digital media.

In fact, you are alive today ONLY because of binary. There is no other way to reproduce life without it. Think about that, and let that sink in. Binary is good, healthy and holy – just the way God designed it to be – one male and one female (Matthew 19:4-6).