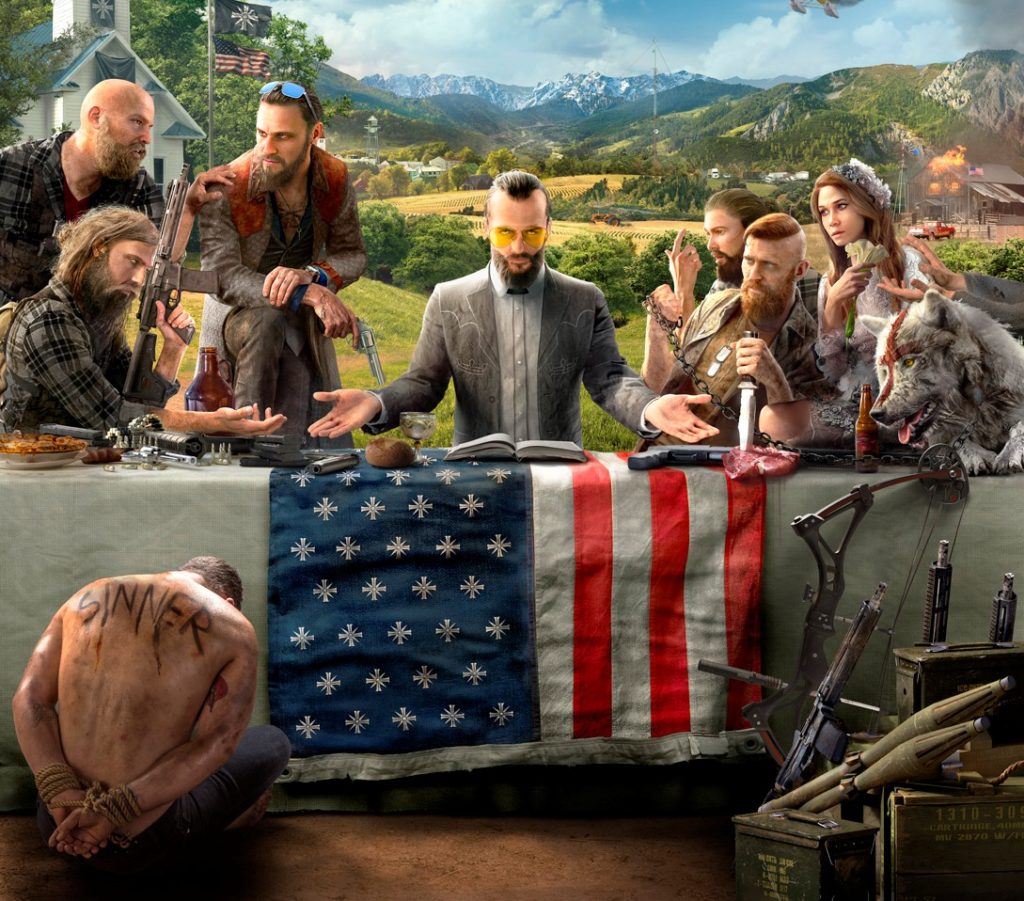 Soon it will be open season for killing fundamental Christians according to a new video game called “Far Cry 5.” The game is being released by Ubisoft and tells the story of a gun-toting, militant, Bible-believing Christian community that is trying to take over Hope County, a fictitious location in Montana.

Christians are being stereotyped and depicted as racist, revolutionaries who are gun crazy lunatics that want to rule the world. A promotional illustration features a group of flannel-wearing, bearded radicals sitting around at a table in a pose similar to that of “Jesus” with His disciples during the Last Supper.

Video games have gone from killing cops to now targeting Americans who love both God and country. If parents buy this game for their kids, it is going to teach them to hunt and kill all those “Christians” who may act and think differently than the godless society that is taking over this nation. Karl Marx and Vladimir Lenin could not have come up with a better socialist propaganda indoctrination tool than what gaming companies have accomplished. All of these training videos games need to be boycotted.

“And even as they did not like to retain God in their knowledge, God gave them over to a reprobate mind, to do those things which are not convenient; Being filled with all unrighteousness, fornication, wickedness, covetousness, maliciousness; full of envy, murder, debate, deceit, malignity; whisperers, Backbiters, haters of God, despiteful, proud, boasters, inventors of evil things, disobedient to parents, Without understanding, covenantbreakers, without natural affection, implacable, unmerciful: Who knowing the judgment of God, that they which commit such things are worthy of death, not only do the same, but have pleasure in them that do them.” Romans 8:28-31.