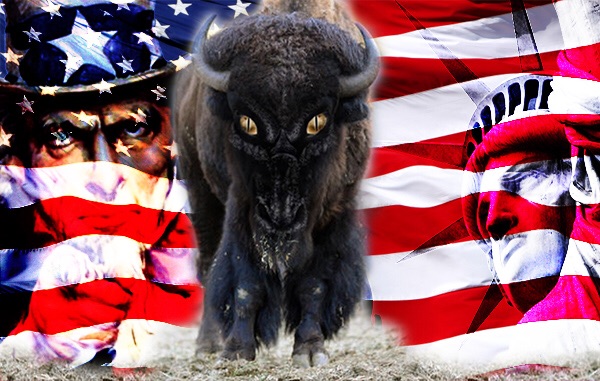 The battle between the secular state and the religious world has taken on a new twist as a European nation has charged its first citizen with blasphemy. The nation of Denmark, a western-civilized nation and a member of the European Union, has charged a man with blasphemy for burning the Koran, Islam’s holy book, and posting a video of the incident on Facebook. He was charged for “publicaly mocking a religious community’s religious doctrine or worship.”

The issues are one that can have world-wide implications, namely toleration and freedom. There are people on both sides of this issue. Some argue that Muslims have always called non-Muslims “infidels” and have been burning Bibles without impunity for generations. The government in its effort to maintain the peace has actually opened the door for the implementation of oppression and persecution with these so-called blasphemy laws.

Blasphemy is defined as the desecration of that which is sacred. And when the government begins to mix with religion in defense of the “sacred” the outcome will always bring confusion and trouble.

As well-intentioned and well-meaning these blasphemy laws may appear on the surface, they create a wider range of problems, namely the governments “latitude” when it comes to enforcing them. For example, if a Christian were to publicly teach that other non-Christian faiths are false religions, this would certainly be considered blasphemy by many non-Christian groups, punishable with fines and imprisonment. Or should that same Christian publicly state that many of the Christian denominations are in apostasy and are not “true”churches, again this can also be considered blasphemy and punishable with fines and imprisonment. Herein lies the problem- who will be the final arbitrator when it come to legally defining blasphemy – God or the government?

The power of every religion depends on the “God” of each religious faith to defend its own religion and charges of blasphemy, and does not depend on the state. If someone offends God or blasphemes His faith then they will have to render account to those offenses in the day of judgment. The government cannot interfere and usurp the judgment of God, that’s impossible. And when any state attempts to punish blasphemy, they are descending down a slippery slope of that will crate the greatest crisis this world has ever seen. It is the governments job to protect life, liberty, the persist of happiness and the freedom to worship for all people; and not to punish blasphemy.

Jesus forever separated the powers of church and state when he said “give to Caesar what is Caesar’s, and to God what is God’s” (Matthew 22:21).

Our faithfulness or unfaithfulness to God will be taken care of in the day of judgment when we have to stand before Him: “For we must all appear before the judgment seat of Christ; that every one may receive the things done in his body, according to that he hath done, whether it be good or bad.” 2 Corinthians 5:10.

According to Revelation 13, the nations will, in the not too distant, enforce a government-issued code of worship for all mankind.

“And I beheld another beast coming up out of the earth; and he had two horns like a lamb, and he spake as a dragon. And he exerciseth all the power of the first beast before him, and causeth the earth and them which dwell therein to worship the first beast, whose deadly wound was healed.” Revelation 13:11, 12.

It is well known, particularly in Adventist circles, that this two-horned beast represents our blessed country, the United States of America. Prophecy states that our nation will engineer a worldwide movement to reestablish the principles of church-state rule, and not just here in our nation but also throughout the world. The first beast whose deadly would was healed represents the papacy or ecclesiastical Rome. When prophecy says that the USA will “exerciseth all power of the first beast” and will speak like a “dragon” this foretells the development of the spirit of intolerance and persecution that was manifested by the Papacy during the Dark Ages.

Our gentle, pure and once harmless nation will establish an apostate religious-political system modeled after Rome. The only piece of the puzzle that has yet to take shape is for Donald Trump and Pope Francis to come together into a close-working relationship for the implementation of this world-wide prophetic agenda.

“By the decree enforcing the institution of the papacy in violation of the law of God, our nation will disconnect herself fully from righteousness. When Protestantism shall stretch her hand across the gulf to grasp the hand of the Roman power, when she shall reach over the abyss to clasp hands with spiritualism, when, under the influence of this threefold union, our country shall repudiate every principle of its Constitution as a Protestant and republican government, and shall make provision for the propagation of papal falsehoods and delusions, then we may know that the time has come for the marvelous working of Satan and that the end is near.” (Testimonies, Vol. 5, p. 451)

Today the USA is in the business of expanding  her political influence, policies and systems—sometimes by force if necessary. Tomorrow—and again by force—it might well be a new world order religion.

Revelation 13 tells us that there will be criminal and economic penalties to those who will not conform – with a death penalty to follow. However, the second coming of Christ will follow these events and bring salvation to those who remain loyal and faithful to God.