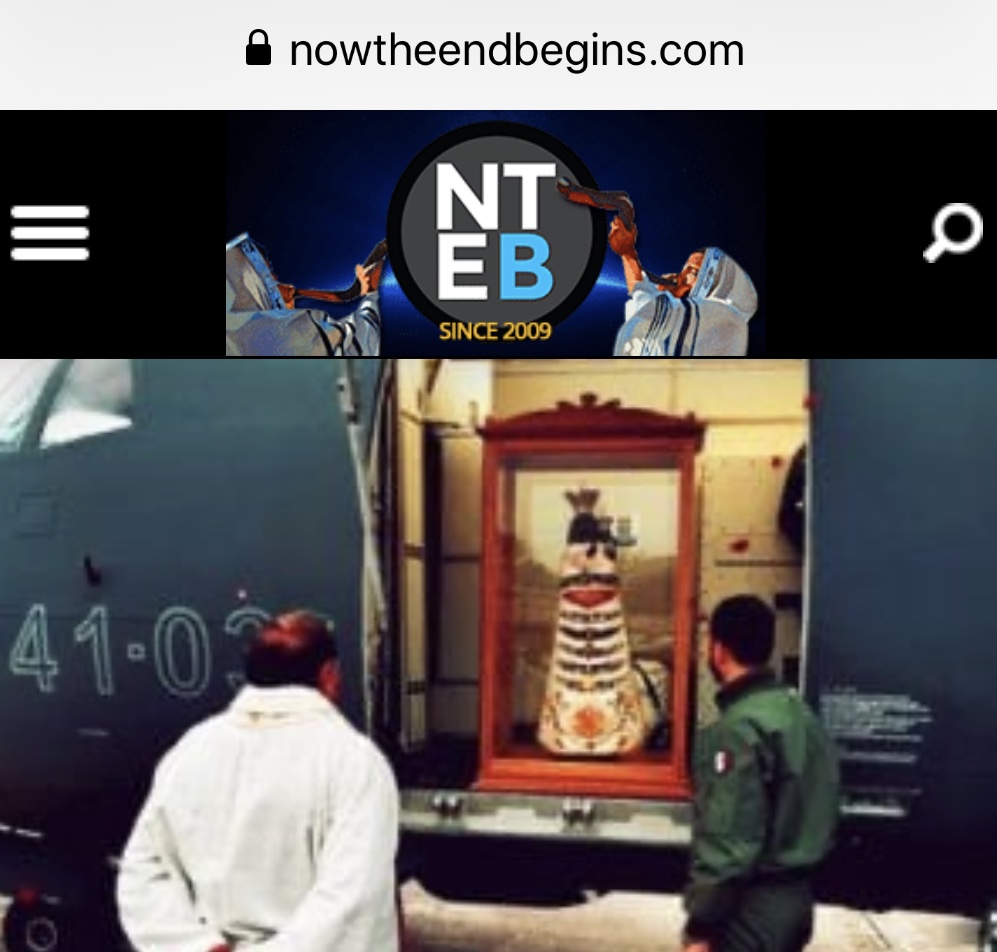 ‘Now the End Begins’ (NTEB) is a popular conservative Christian blog that documents many important news items relevant to the end-times. NTEB represents a segment within Evangelical Christianity that has not surrendered to the papacy. NTEB doesn’t just give lip service to the Protestant Reformation, they are actually still speaking out against the dangers of Rome.

NTEB recently featured an article we posted on Advent Messenger about the Virgin Mary. [1] It was a warning against trusting in idols and turning to the living God instead. At a time when almost all Protestant churches, including ours, say nothing about the proliferation of papal errors, we can clearly see that the “protest” is still alive. God still has a small remnant who will faithfully and fearlessly proclaim His word.

Friends, if classical Protestantism is dead and if there are no more reasons to protest, why leave the community of Rome? If the reasons for being independent have been resolved, why do we continue being separate? We should all return home to Rome’s one-world ecumenical family consisting of every faith and god known to man.

But if Bible prophecy is true, if there really is a sinister power described in Revelation 13, 17 and 18 who is right now planning global tyranny – then the protest isn’t over. God placed these warnings in His word. These are His words, and they are meant to be interpreted and proclaimed to the world. The warnings will bring joy and salvation to those who receive them (Revelation 15:2) and sorrow and loss to those who don’t (Revelation 14:9, 10).

No ecumenical soft-peddling with Rome, no joint-dialog and no mutual understanding and collaboration. “Come out of her My people,” is God’s only and final solution, “that ye receive not of her plagues” (Revelation 18:4). That is the message of Jesus to His people and the only call that can set us free. “Come out” in order to follow Christ and in order to be with Him.

Unless the world is awakened and shaken up by these powerful depictions of prophecy nothing else can ever hope to wake them up. Pressure is mounting in the churches to rejoin Rome; and once accomplished, this will lead to the final sell-out of all our civil and religious liberties (Revelation 13:15).