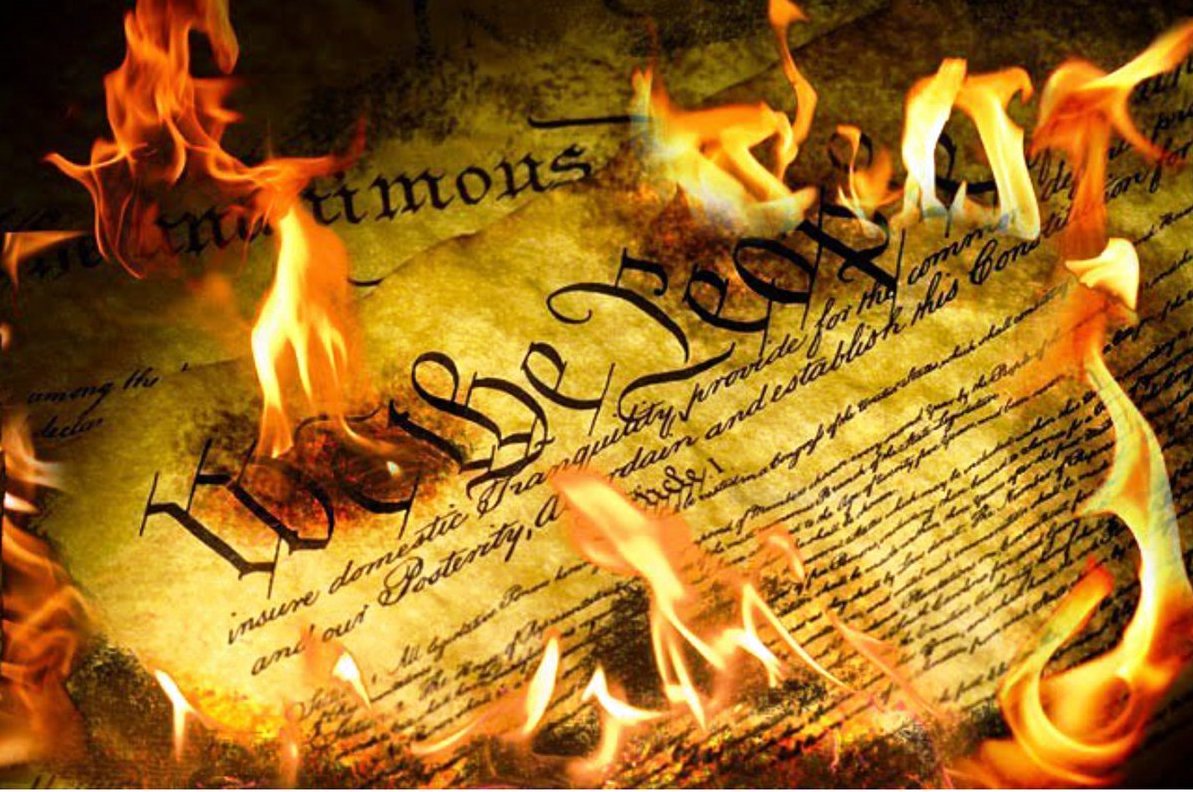 Quarantines and shutdowns in general are sometimes necessary and appropriate. But arresting people for clearly exercising their First Amendment rights is a clear abuse of government power. [1] If politicians can unilaterally abolish our fundamental liberties by simply declaring them “non essential”, then we no longer have any constitutional rights. The “Bill of Rights” quickly becomes symbolic and is no longer “guaranteed.” Freedom becomes a nice concept without any real application.

Tucker: "By what authority did you nullify the Bill of Rights in issuing this order?"

Gov. Murphy: "That's above my pay grade, Tucker, so I wasn't thinking of the Bill of Rights when I did this." pic.twitter.com/ffNmqjR51D

It doesn’t matter if state governors declare protests or “drive-in” socially-distanced, religious services non-essential because that’s just a matter of opinion. The opinion of politicians or bureaucrats or even of governors has no more weight on any matter than the opinion of anyone else. We are not supposed to rule on the basis of opinion; we are supposed to govern on the basis of a Constitution.

Protesting is a non-essential activity.

State governors are exercising absolute power when deciding what is essential and what is not for their citizens. Some governors have unilaterally allowed people to shop in supermarkets and liquor stores, while unilaterally prohibiting drive-in churches and public protests. This is denying the doctrine upon which our nation was founded. State governors cannot revoke our freedoms because they NEVER gave us any rights to begin with. Where do our rights come from?

Video from Pastor Hamilton of King James Bible Baptist Church in Greenville, MS. Church tried the “drive-in” method of holding services & were targeted due to the Mayor issuing an order prohibiting such services. Watch as an officer tells the Pastor that his rights are suspended. pic.twitter.com/zLdT6Qd8ew

Emperor Whitmer actually says “we’re cracking down on people planting,” and then explains why you don’t need your liberties anyway when it snows.

Our Founding Fathers recognized that it is God alone who has given us certain “inalienable rights.” Governments do not grant people any rights; their duty is to protect the rights which God gave us. The purpose of having a “Bill of Rights” is to limit the power of government from taking away certain freedoms. We have some liberties that are always essential and must always be protected.

Maryville Baptist Church continues to hold in-person services despite orders to cease.
Police record license plates and put notices on all the cars.

I wonder if they will force these people into a mandatory house quarantine.

The Tyranny has begun! pic.twitter.com/gqBfLw6aqV

“Congress shall make no law respecting an establishment of religion, or prohibiting the free exercise thereof; or abridging the freedom of speech, or of the press; or the right of the people peaceably to assemble, and to petition the government for a redress of grievances.” 1st Amendment of the US Constitution.

This is the first of ten amendments that are collectively called the “Bill of Rights.” These are enshrined in our US Constitution. The First Amendment guarantees freedom of religion, expression, assembly and the right to file a grievance – or a protest. Tragically, some state governors across the country are exploiting this coronavirus crisis by forbidding drive-in churches, a safe alternative to regular church services. They are exploiting the fear and hysteria that is gripping our nation by assuming unprecedented powers and by denying First Amendment protections. We cannot and should not support this.

The transit authority in Philadelphia is now changing its policy for commuters wearing masks after social video emerged of a rider being dragged off a public bus by police. https://t.co/QFUCyNOXl3 pic.twitter.com/l8rIllU97D

The government has no authority to declare that our “Bill of Rights” is not essential. Why are abortion clinics allowed to operate while drive-in churches are being shut down in some states? This is an abuse of power and a serious overreach of authority and requires IMMEDIATE legal action and judicial intervention. That’s what the courts of the United States are for – to hold in check rogue, corrupt governors that are turning citizens into slaves and subjects.