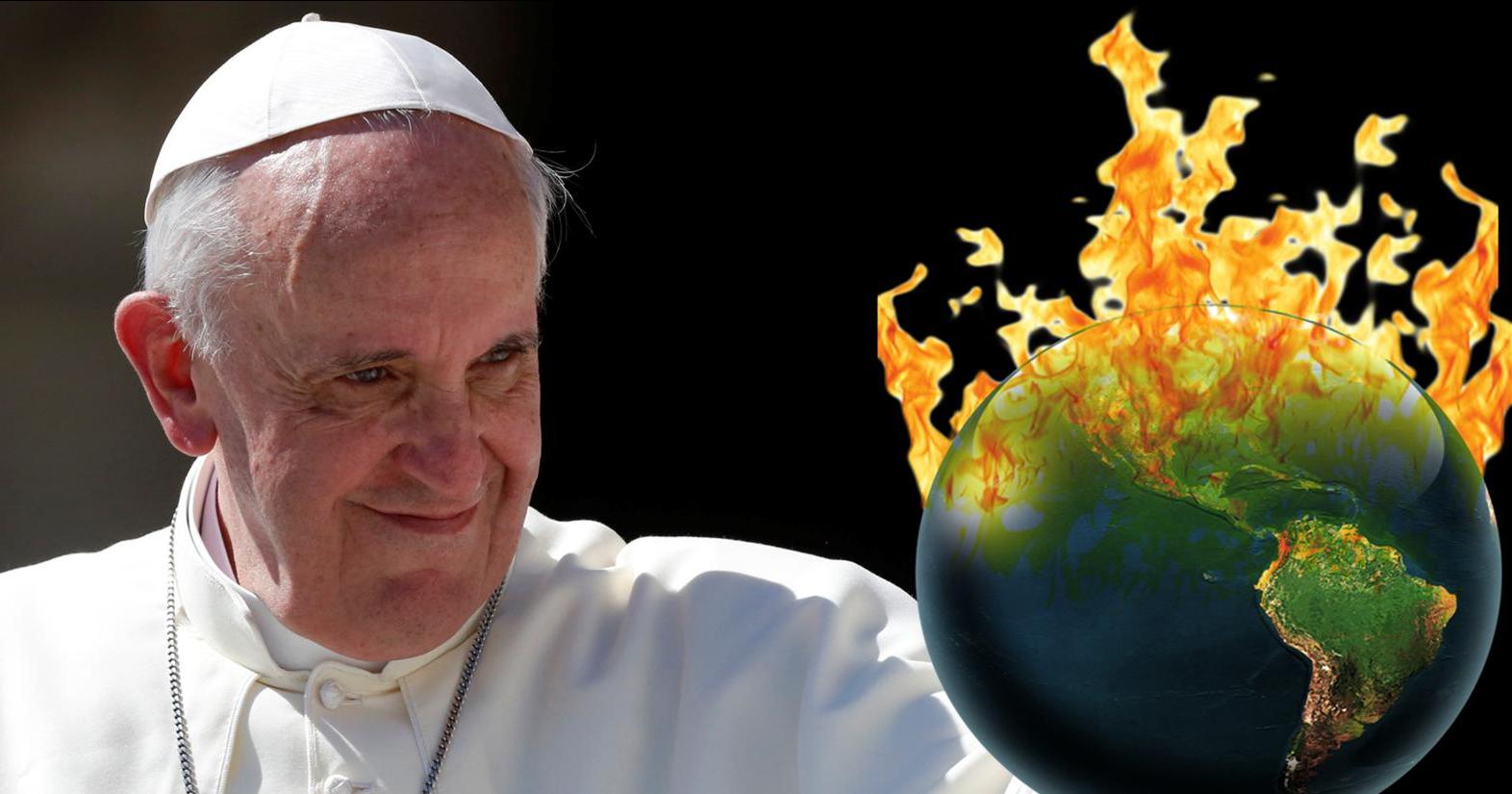 A new global campaign is being initiated on the 5th anniversary of Pope Francis’ climate change encyclical ‘Laudato Si.’ Pope Francis is renewing the call to take action on what he calls the “ecological crisis” by instituting an annual, week-long celebration called the “2020 Laudato Si Week” that is scheduled to take place on May 16 to 24, 2020.

The Vatican has published a video message of the Pontiff in which he urges the world to celebrate his encyclical on ecology on its 5th anniversary. In the video Pope Francis invites people to participate in ‘Laudato Si Week.’

A new website was also created to promote and highlight this new annual, week-long ‘Laudato Si Week’ celebration. Notice how they describe this new effort as a “radical commitment to our Creator:”

“We’ve come a long way toward protecting our common home, but the journey ahead demands radical commitment to our Creator and each other. We’re coming together for the next steps in our groundbreaking journey of hope.” [1]

A “groundbreaking journey” and a “radical commitment to our Creator?” In a news release published by the Vatican, Pope Francis says that we honor our Creator by embracing Laudato Si:

“The Pope also renews his urgent call to respond to the ecological crisis: ‘The cry of the earth and the cry of the poor cannot continue’, he says. ‘Let’s take care of creation, a gift of our good Creator God. Let’s celebrate Laudato Si’ Week together.’ ” [2]

“Here the temperance work, one of the most prominent and important of moral reforms, is often combined with the Sunday movement, and the advocates of the latter represent themselves as laboring to promote the highest interest of society; and those who refuse to unite with them are denounced as the enemies of temperance and reform.” (Great Controversy, p. 587).

“The leaders of the Sunday movement may advocate reforms which the people need, principles which are in harmony with the Bible; yet while there is with these a requirement which is contrary to God’s law, His servants cannot unite with them. Nothing can justify them in setting aside the commandments of God for the precepts of men” (Ibid., p. 587).

How will the “leaders of the Sunday movement” work? They will push Sunday legislation through good “reforms.” Laudato Si is legislation. [3] The Pope’s Laudato Si encyclical has a provision for Sunday rest. [4] It is now being promoted as an annual, week-long celebration. Does this sound familiar?

In the same book Great Controversy on pages 51-52 you will read how Rome cunningly introduced Sunday-keeping first as an annual celebration. In time, Sunday slowly replaced the seventh-day Sabbath and was made a weekly celebration. Finally, it was enforced by law. History is being repeated. And if this wasn’t enough, our US Government (the second beast of Revelation 13) has also partnered with the Vatican (the first beast of Revelation 13) to promote “Laudato Si.” [5]

The handwriting is on the wall. The Pope’s encyclical is being intermingled with the climate hysteria. A Sunday rest provision (Laudato Si) has already been tied into this new campaign to fight for environmental protections during the so-called global climate crisis. Rome is working overtime to shape the religious and political landscape for the entire civilized world.