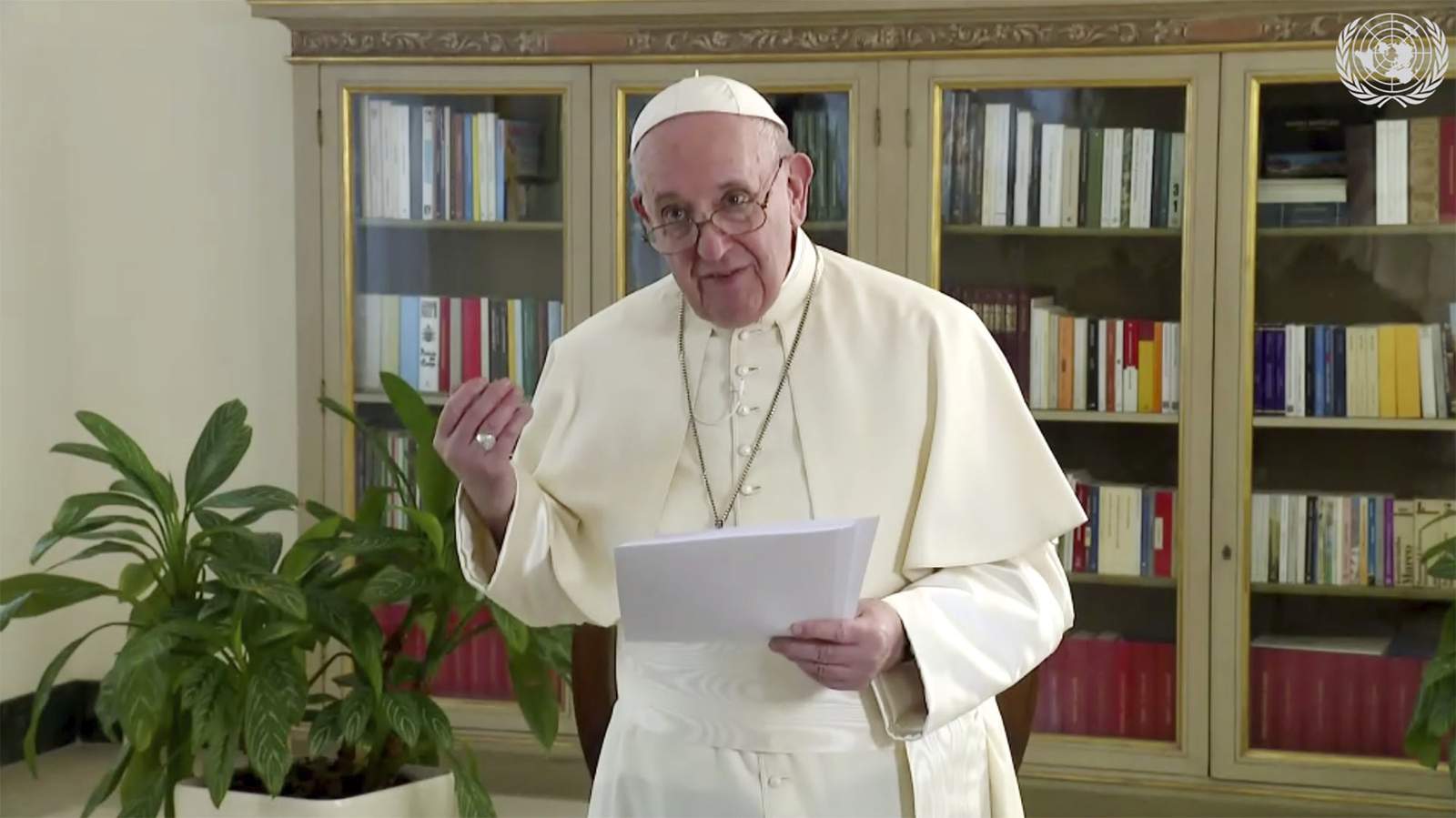 Pope Francis spoke through video during the 75th Session of the UN General Assembly, Friday, Sept. 25, 2020, at UN headquarters, in New York.

On Friday, September 25, 2020, Pope Francis addressed the UN General Assembly and called upon the international community to be courageous and use its financial and technological resources to combat the climate crisis. The Pope told world leaders that they have not complied with the 2030 Agenda for Sustainable Development and the Paris Agreement on Climate Change. The Pope said:

“Five years ago, I had the opportunity to address the General Assembly in person on its seventieth anniversary … It was a moment of great hope and promise for the international community, on the eve of the adoption of the 2030 Agenda for Sustainable Development.  Some months later, the Paris Agreement on Climate Change was also adopted. Yet we must honestly admit that, even though some progress has been made, the international community has shown itself largely incapable of honoring the promises made five years ago.” [1]

Pope Francis then spoke about the Amazonian region and the indigenous people, saying that the nations of the world must have the “political will” to “mitigate the negative effects of climate change.” He said that the work of creating an “integral ecological sensitivity” must be done in this generation:

“We must not place the burden on the next generations to take on the problems caused by the previous ones.” [1]

The Pope is working overtime to reshape the political landscape for the entire civilized world. Pope Francis emphasized solidarity among the nations to meet the climate change crisis. The handwriting is on the wall. Prophetic events are taking shape. The Vatican is calling on world leaders to act now. As we see these events happen, we must watch and pray (Luke 21:36) and occupy (Luke 19:13) by proclaiming God’s message in this hour.

“They will point to calamities on land and sea—to the storms of wind, the floods, the earthquakes, the destruction by fire—as judgments indicating God’s displeasure because Sunday is not sacredly observed. These calamities will increase more and more, one disaster will follow close upon the heels of another” (Signs of the Times, January 17, 1884 par. 14).