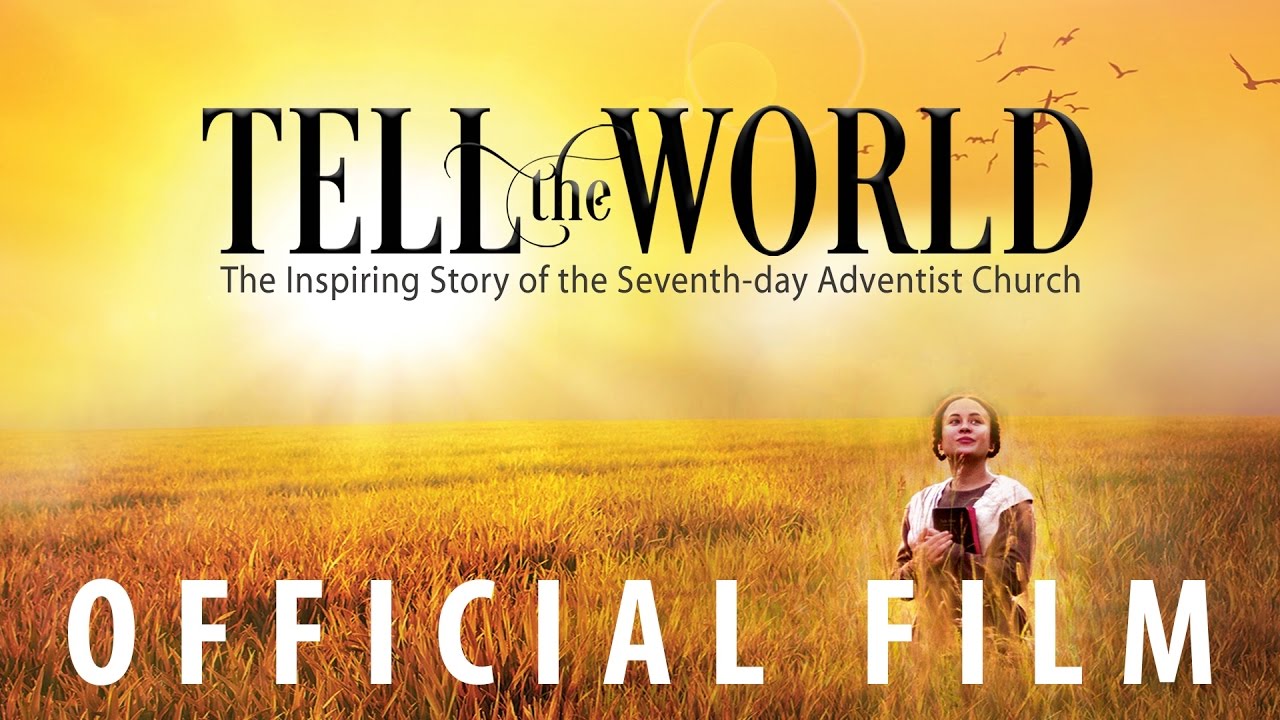 The 2016 film called “Tell the World” is the first ever historical drama that tells the history of the Seventh-day Adventist people from the earliest days. The Seventh-day Adventist Church spared no expense on this full-featured, two and a half hour full-length film. They spent $5.5 million dollars on 97 professional actors and over 1,000 extras to produce this film. Church leaders say they want this movie to be in every Seventh-day Adventist home as an evangelistic tool for reaching others. [1] 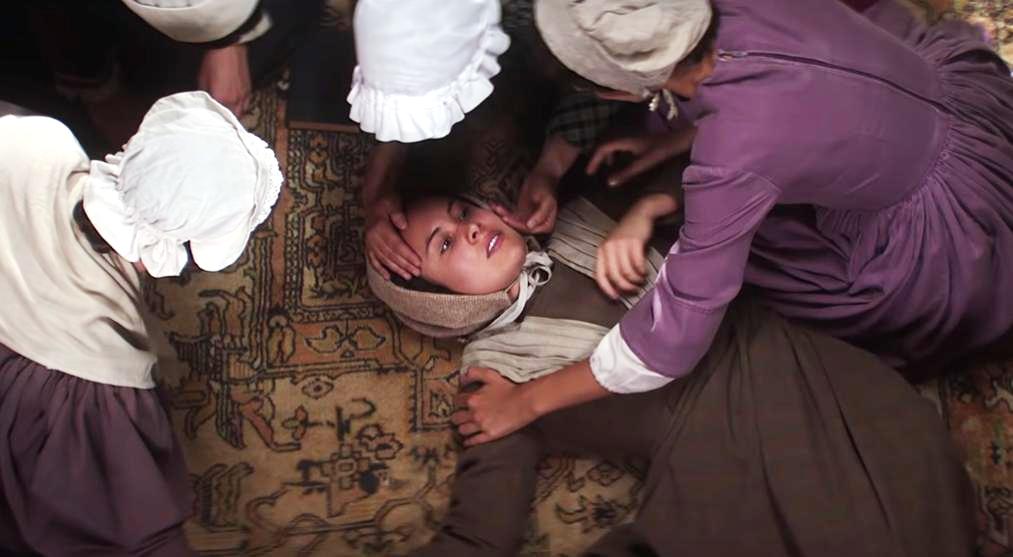 Funding for the “Tell the World” movie came from the South Pacific Division and the General Conference. The concept for the film came from the Australian Union Conference and the Adventist Media Network in Australia produced the film. [1] “Tell the World” is available on DVD at the Adventist Book Center’s website for $4.99. The DVD author is listed as the General Conference of Seventh-day Adventists. [2] The full length movie is also available for free on the official YouTube channel of the Seventh-day Adventist Church. [3] 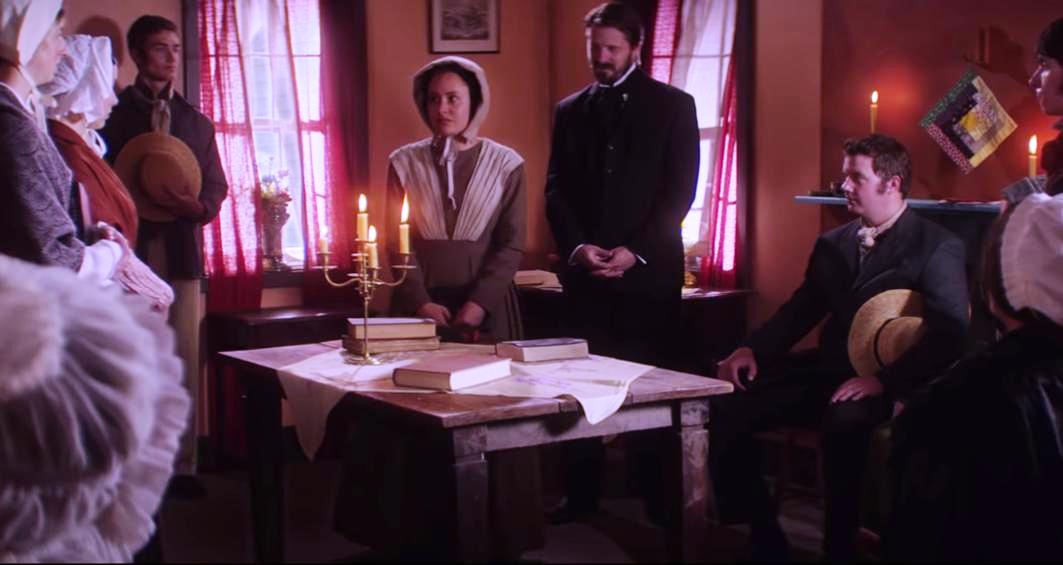 2016 – Orgy/Lesbian Actress Tommie-Amber Pirie playing the role of Ellen G. White as she relates her vision to the early church pioneers. 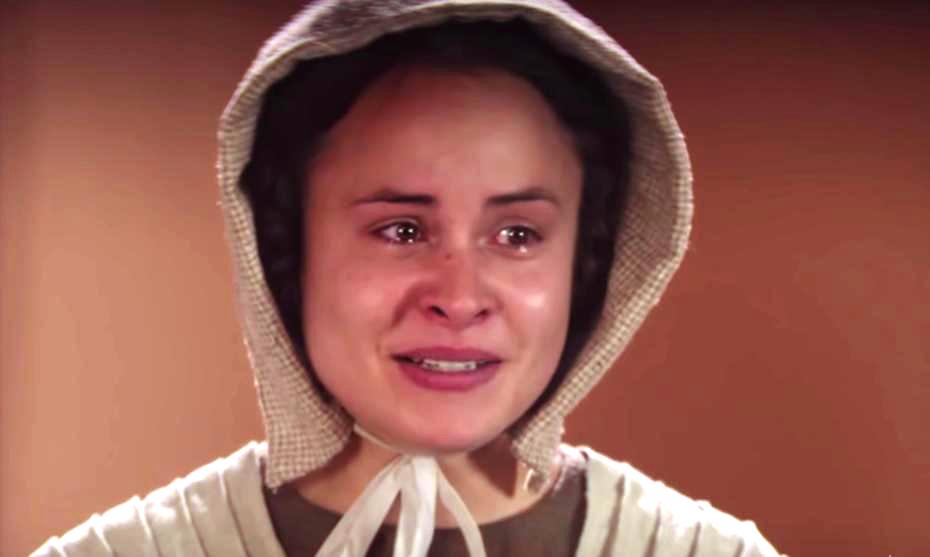 2016 – Orgy/Lesbian Actress Tommie-Amber Pirie sheds tears as she tries to recreate how Ellen G. White must have described the wonders of her first vision from God.

IMDB (Internet Movie Database) is an online movie database owned by Amazon. This database lists every film, movie and television program that has ever been produced. Not only does the IMDB list movies but they also have individual pages for actors and actresses. The Seventh-day Adventist movie “Tell the World” also has its own page on the IMBD which lists Tommie-Amber Pirie as the actress who played Ellen Harmon (White). [4] Tommie-Amber Pirie also has a personal page on the IMDB which attributes the following movies to her career:

In 2016 while Tommie-Amber Pirie was dressing up like Ellen G. White and getting paid by the church to make this “evangelistic” Seventh-day Adventist movie, she was also seducing women in a lesbian bar during the filming of “Below Her Mouth” [6] – the very same year. 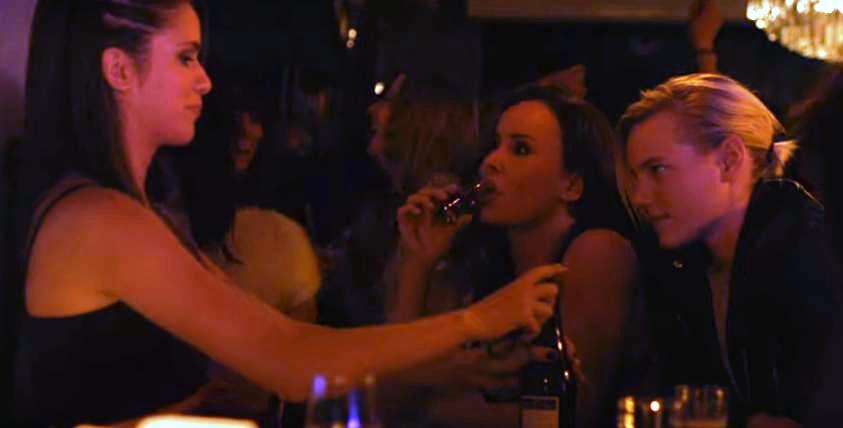 2016 – Here is Tommie-Amber Pirie (middle) sitting in a lesbian bar competing with her lesbian friend to see who can seduce the female bartender in the movie “Below Her Mouth.” This movie was released the same year as “Tell the World.” She starred in both movies. When not playing Ellen G. White in Seventh-day Adventist movies Tommie-Amber Pirie is making movies about drinking liquor in lesbian bars. 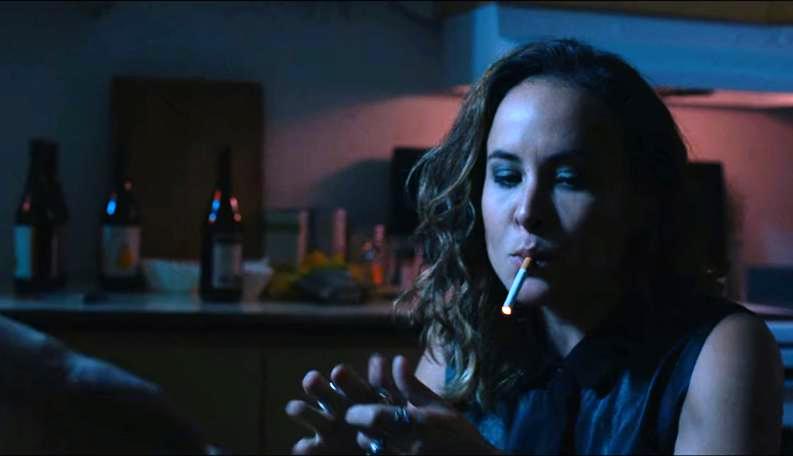 The 2016 movie “Below Her Mouth” contains several lesbian sex scenes. Tommie-Amber Pirie is on the right. 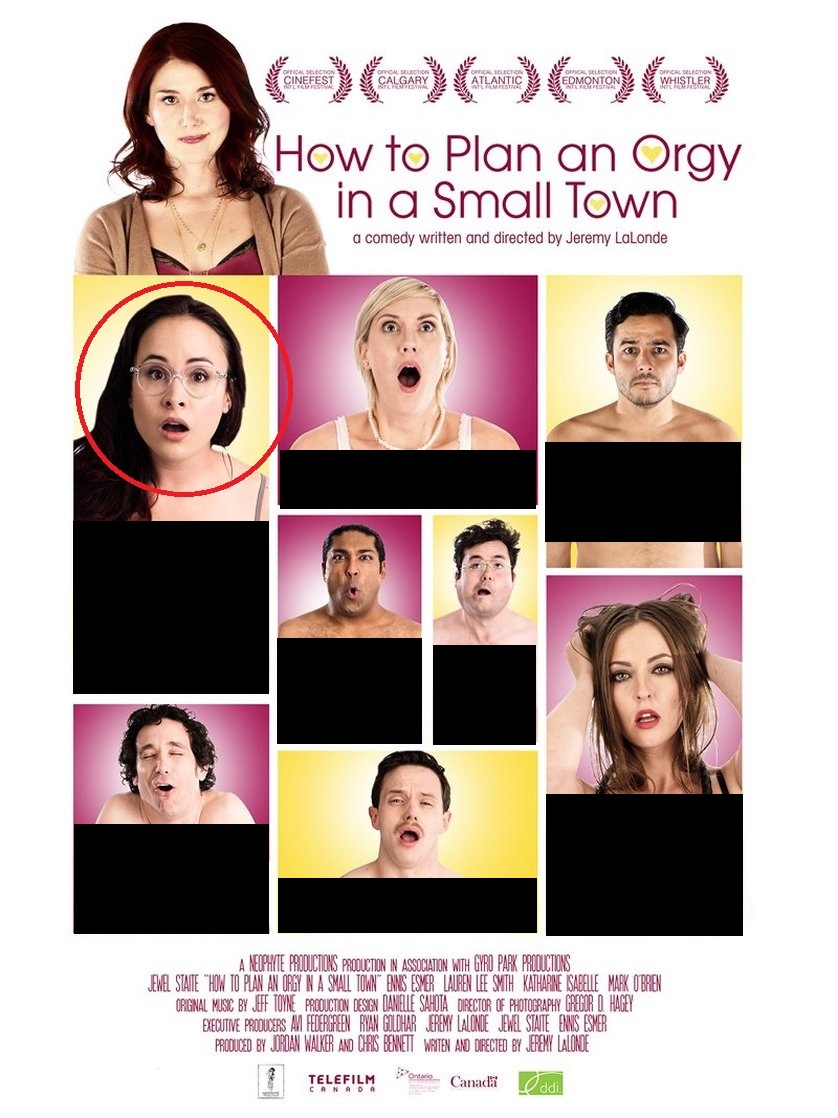 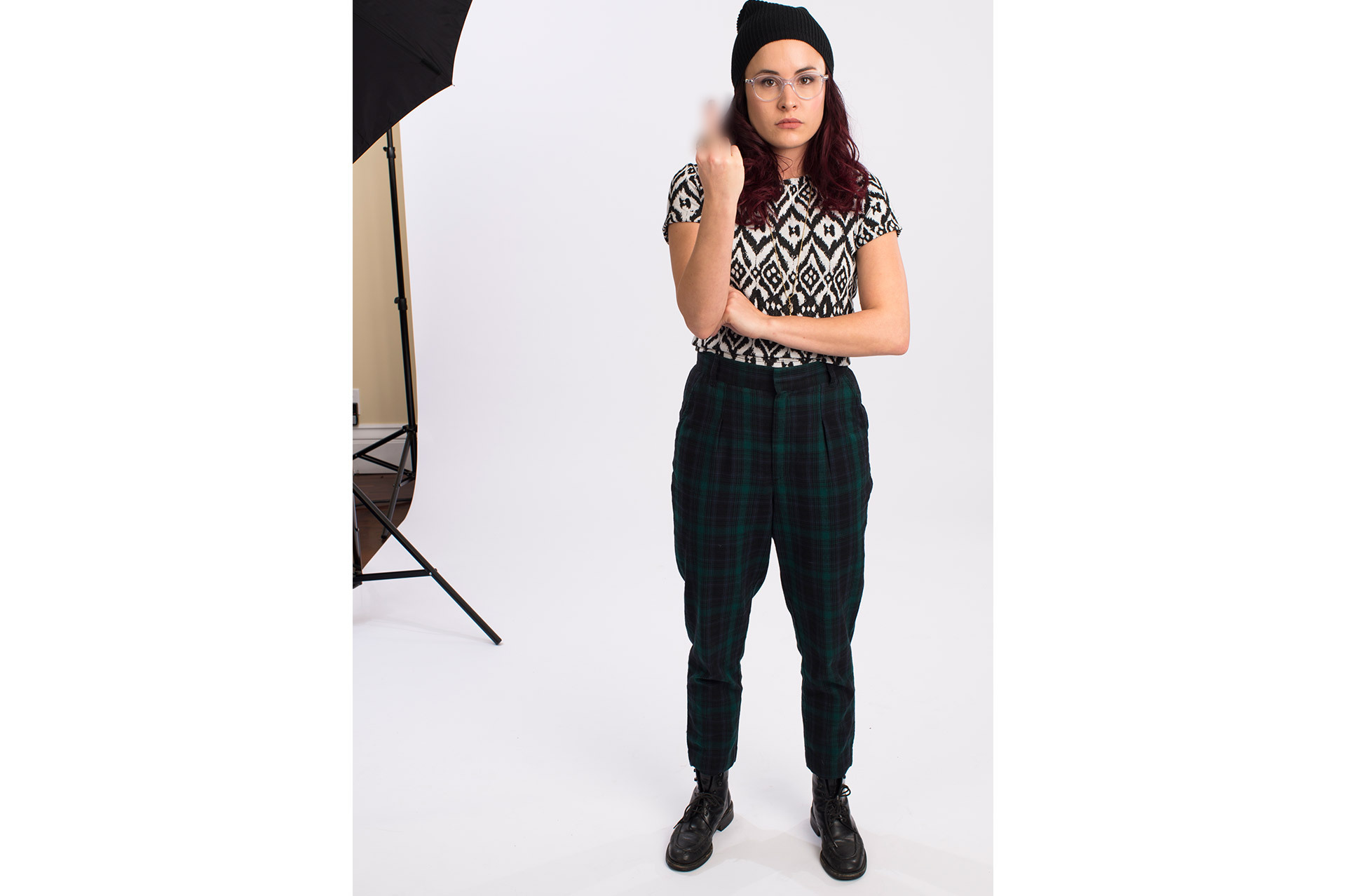 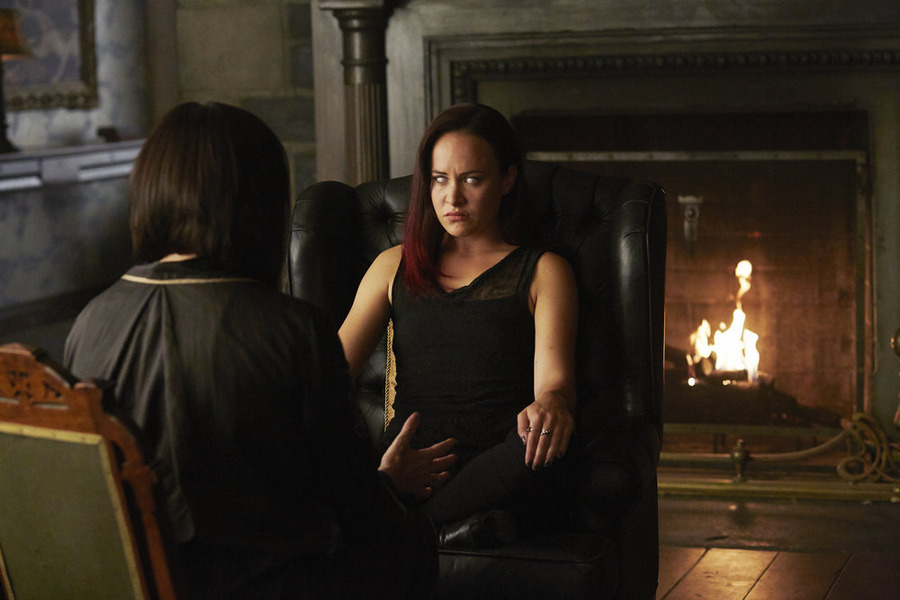 If this wasn’t enough, in 2015-2016 Tommie-Amber Pirie also starred in “Bitten.” [10] [11] She played a demon-possessed werewolf who was heavily involved in the occult. 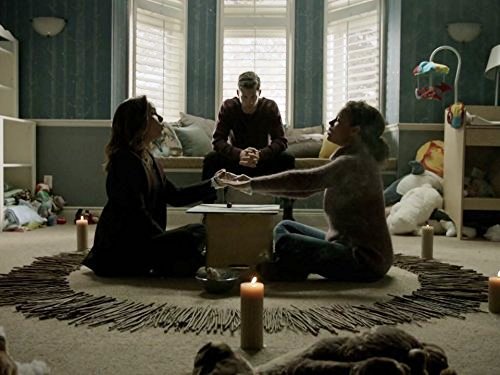 Here is Tommie-Amber Pirie [left] in 2015-2016 communicating with the spirit world. This was the wonderful actress who the leaders of the Seventh-day Adventist Church chose to represent the prophet of God, Ellen G. White. What does channeling demons in Satanic rituals have to do with the Remnant Church?

Are we now trying to compete with Hollywood by using their actors? Are we now going to start paying out sacred money to support LGBT+ artists by giving them jobs and by supporting their careers? How much money did the church actually pay Tommie-Amber Pirie so that she could continue the LGBT+ mission of destroying Christian family values through her “artistic” work? 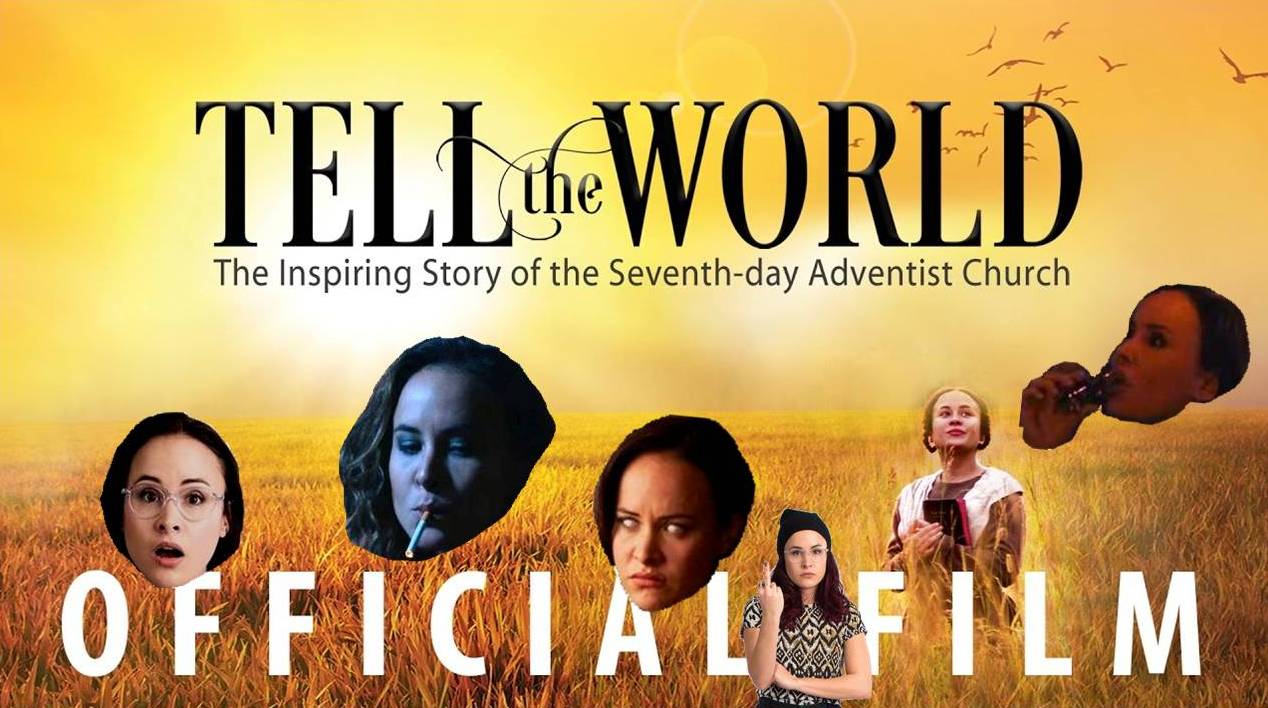 I watched the movie “Tell the World” back in 2016 when it first came out. I can’t ever watch it again. Not after seeing this same female actor (who portrayed Ellen White) simulating a sexual orgy on a couch. There is no way that those in charge of producing the “Tell the World” movie didn’t know what was happening by October 22, 2016 when the film was released. The world knew. God knew. The devil knew and he is laughing at us. Now you know. Now the faithful know about this mockery and this monumental collapse of judgment. What we are learning is that there is an new affinity for the LGBT+ movement by some at the highest levels in Adventism.

Mark Finley was quoted as saying that the “Tell the World” movie is good for our young people because many have “lost their sense of identity.” [12] Well, its not just the young people. Many leaders no longer have a clue as to why God raised us up as a movement. God will not be mocked for much longer. There is a limit to His mercy and grace and a day of reckoning is fast approaching.

“With unerring accuracy, the Infinite One keeps a record of the impiety of nations and individuals. Long is his mercy tendered to them, with calls to repentance; but when their guilt reaches a certain limit, which he has fixed, then mercy ceases her pleadings, and the ministration of wrath begins” (Sketches from the Life of Paul, p. 318).

“While God’s mercy bears long with the transgressor, there is a limit beyond which men may not go on in sin. When that limit is reached, then the offers of mercy are withdrawn, and the ministration of judgment begins.” (Patriarchs and Prophets, p. 162).