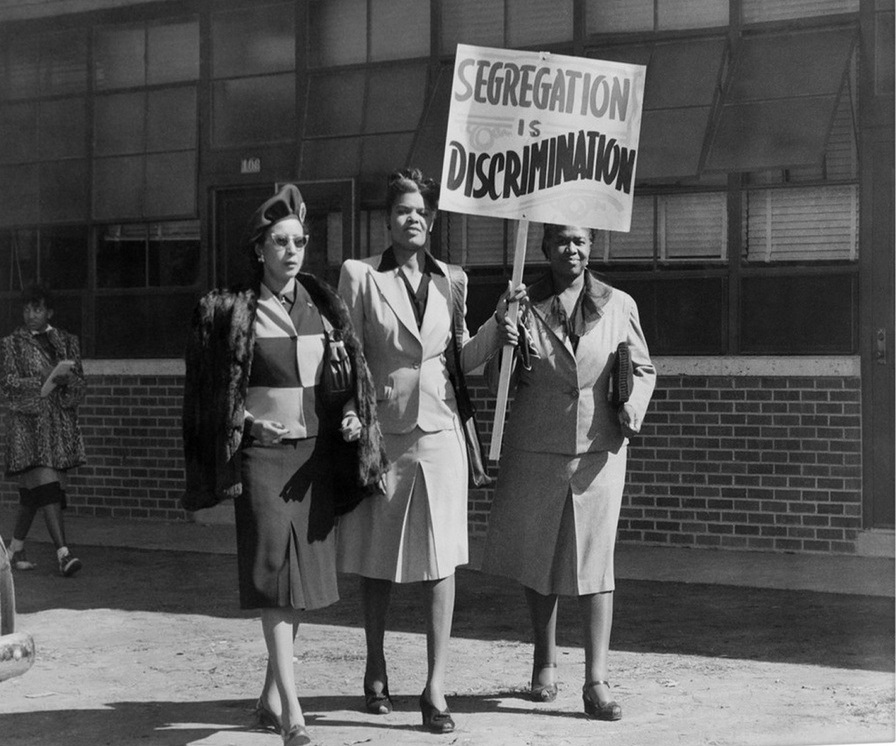 You move to Africa with your family and settle in a village. You attend the local SDA church and you’re the only white English speaking people bar one other family who invite you home for lunch. During lunch they tell you how hard it is to sit through services being translated all the time and other cultural differences. They say how they are hoping to start a new church group for white people. You agree and start meeting separately every Sabbath.

Soon other English white families move to the area when they hear of your church. The conference sees your growth and soon rewards you by importing an English speaking pastor for your group. This attracts more white families from further away and soon your church is full. Your church growth then slows, as it is limited to how many people from your culture move to the area….but it’s still very friendly and enjoyable.

When local black non-Adventist people seek out the Adventist church from advertising, they found it awkward and didn’t return because the church didn’t reflect their village. Some went and tried the original black church you came from but found it too had changed into a majority white church and didn’t feel comfortable there either. In the end the local black non-Christians kept clear of both churches because they felt like strangers in their own community and the churches seemed out of touch with their race…..they never went back ever again.

Was it right for your family to do what they did? Was your attitude towards the village church (and country), where you took up residence ok? Did the conference help your church by sending in a pastor for your particular race?  The reason these questions are asked is because it isn’t a scenario……it’s real and repeated all around the world in our church. If you feel it was wrong for your family to segregate themselves, then why is it ok in western Adventist countries? Race-based churches not only promote tribalism, but damage our reputation and cohesion for the following reasons:

As with the scenario, when non-Christian visitors enter your church, shouldn’t they expect to see a similar cross-section of your community worshipping together showing heavens ideal?  When the world looks into an Adventist church, they need to see something different from what already exists. In western society we see segregation on many fronts based on race. When visitors unbeknown, enter race-based churches for the first time, does the spectacle of segregation meet their expectations of us or lower them? In the world there is inequality when it comes to the treatment of different classes and cultures…….should we be reflecting that in our churches?

Race-based churches plateau and can be without growth for decades, being disconnected from their community because they don’t reflect the local demographic. When different cultures come in contact with outreach programs, they soon realize the church only specializes in a certain race. The church may be welcoming and friendly, but the experience of visitors is often one they don’t feel comfortable with or wish to repeat.  Advocates for segregation will try to say this is what other races feel when they enter a western country and there’s nothing wrong with planting churches based on different cultures. 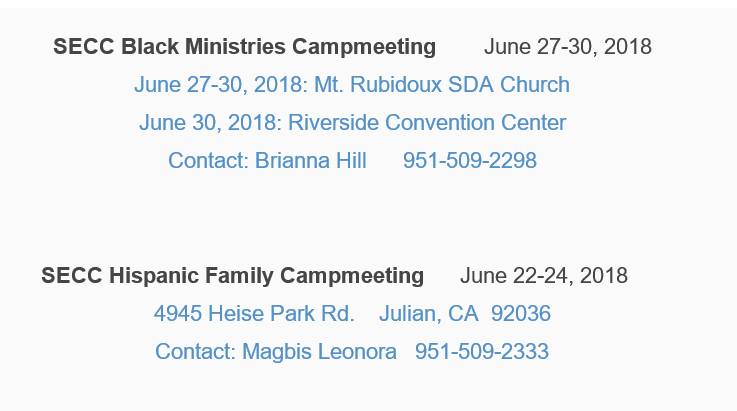 The obvious question to ask however, is that when you seek asylum or migrate to another country with a different culture than your own…is it not polite and missional as SDA’s to integrate into your new host country as much as possible in order to win the locals to Jesus? Listen to Frank’s story who recently immigrated to Indonesia with his Asian wife and is familiar with race-based Adventist churches in Australia:

Is a race-based church going to be able to work in a community as a whole? After all, the church exists for only one reason – evangelism. I attended race-based churches in Australia and they don’t grow further than their own culture, it lacks the dynamics of normal church outreach. Another thing I find is their traditions tend to be encouraged, ie: Filipino’s love their fish and at potlucks you have the table full with traditional fish based dishes. Music or behavior also influences their worship style that wouldn’t be a problem in their country, but westerners may not warm to it. The conferences like race-based churches because they bring in high tithes. It is hard when you listen to sermons through an interpreter, but that’s not my core reason for worship, so I’m against these types of churches.

Frank in his move to Indonesia has immersed himself in the local church and learned the language, as you would expect, in honor of the local culture and village. He doesn’t think that he should have a white English church, because he chose to live there and recognizes the value of connecting with the village.

Isolates Members Further From Each Other

Some try to claim that race-based churches in Australia cater for English-speaking visitors and that they have success in reaching out to their community demographic but this is minimal. Churches that identify themselves as a race-based in their titles like “Melbourne Asian Adventist Church” or “Sydney Tongan Adventist Church”. This not only isolates them from their wider community but further segregates them from their fellow Adventist brothers and sisters. Special areas are set up at our Conference gatherings like big camp and events separate from the general Adventist population. Imagine setting up a tent ministry at camp which said “White Adventist Organisation”…….you wouldn’t get it past the committee.  And yet it’s ok for minority cultures within our system to do it.  How is this showing to the world that we are different from secular society, by segregating into ethnic enclaves? 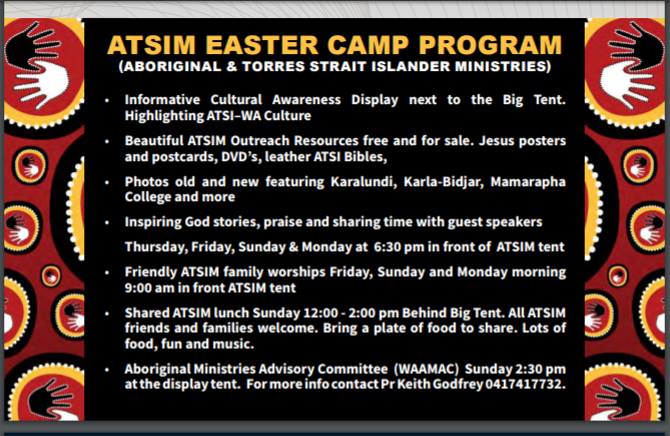 For the advocates of race-based churches, language barriers don’t figure. They celebrate the fact that diversity is happening (more on this in a future article), and that language difficulties don’t effect the church because they have translators. In the scenario, the white families sounded justified in their frustrations, having to listen to translators every Sabbath.  There is one glaring exception however…….the minority white family moved to a foreign country to live……the majority of neighbors near race-based churches have not.  Should the white family not have to listen to an interpreter in their new church?  And can you imagine local Sudanese villagers walking into a church in their community and having to have use a translator? How will that affect their impression of your church?  I’ll leave that with you.

I wrote in another article about Adventist churches transitioning unhealthily from representing their community to ghetto churches under conference encouragement. An Adventist Personal Ministries Director from Zimbabwe responded under my article:

I was Personal Ministries Director here in Zimbabwe in a predominately white neighborhood and I realized that our church did not even have one white member, no exaggeration! I proposed that we split the church…along racial language lines. We talked to pastors and conference leaders of how we could reach the white community in Zimbabwe especially as we are the largest denomination in the country. The conferences decided to create “white churches” were a white pastor was to minister and evangelize to them and black people were told not to needlessly attend there. There was opposition as you would expect with accusations of church sponsored “racism” and the likes….The conference decided to go forward with the resolution and as we speak work is underway to effect these churches.

There are many proponents of the new “diversity” thinking.  They wear as a badge of honor the fact that their churches are irrelevant to their communities. In our surveys at Adventist Australia, many white pastors we contacted quickly dismissed our concerns and were actually celebratory. This is despite evidence from our church, even in other denominations, that these changes negatively impact the health of local churches. The misguided excitement harbors unseen dangers to our outreach potential and mission to reach all nationalities as Jesus commanded.

Apart from the loss of potential souls visiting and being estranged from first contact with our church, there is a financial drain on resources to administer segregated communities of Adventists. Extra pastors for smaller less effective churches that don’t grow beyond their own race; staffing for various cultural departments in our system and costs associated with race-based churches; and the biggest one……..difficulty integrating a balanced cross section of communities where race-based churches reside. This is not anything to celebrate in terms of the Gospel. 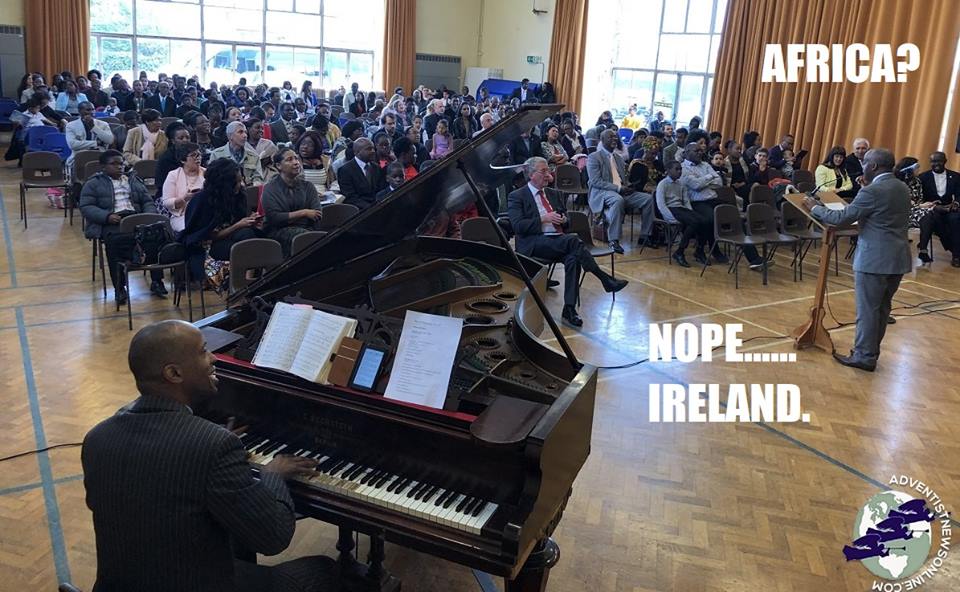 I’m not against outreach to all types of races in Australia but when we worship or come together as an Adventist family we need to practice what we preach……segregation is true racism.  Visitors looking on, may see us as over-forcing diversity and promoting tribalism. Many will lose connection and bypass our church as typical and appeasing. Ellen White had this to say:

“But Christ commissioned His disciples to proclaim a faith and worship that would have in it nothing of caste [race] or country, a faith that would be adapted to all peoples, all nations, all classes of men” – Desire of Ages, p. 820)

The message is clear, by engaging in segregation we bring upon ourselves many problems that affects the health of the church. Maybe we are too far along in an unintentional experiment, but it’s not too late to make brave changes by design.  Being aware of how other large Adventist Unions in the west have made shipwreck, can give us an insight how to avoid their disaster.

I have deliberately left off providing solutions to this negative impact on our church. It’s a concept which nobody wants to talk about but a conversation we need to have. Owning a problem is crucial to finding a solution…and there are solutions, but sometimes the problem exposed is so large for people to digest, we can’t just add drastic measures on top needed to fix it…and it can be fixed. Let’s digest this for a while and we welcome your input.

Danny Bell – lives in Tasmania and has a BA Theology Degree.  He has been a pastor for 6 years for the Seventh-day Adventist Church; a state School Chaplain for 2 years, a Family Court Mediator for 5 years. He has also been editor and regular contributor to papers like, Trench Mail, The Mashup and other online Adventist and Christian publications. He is a Men’s ministries pioneer, helping establish it in the Adventist church in Australia and runs a small man-friendly church near his hometown. He can be contacted on his facebook page: https://www.facebook.com/groups/adventistaustralia/  or by email: adventistaustralia@outlook.com