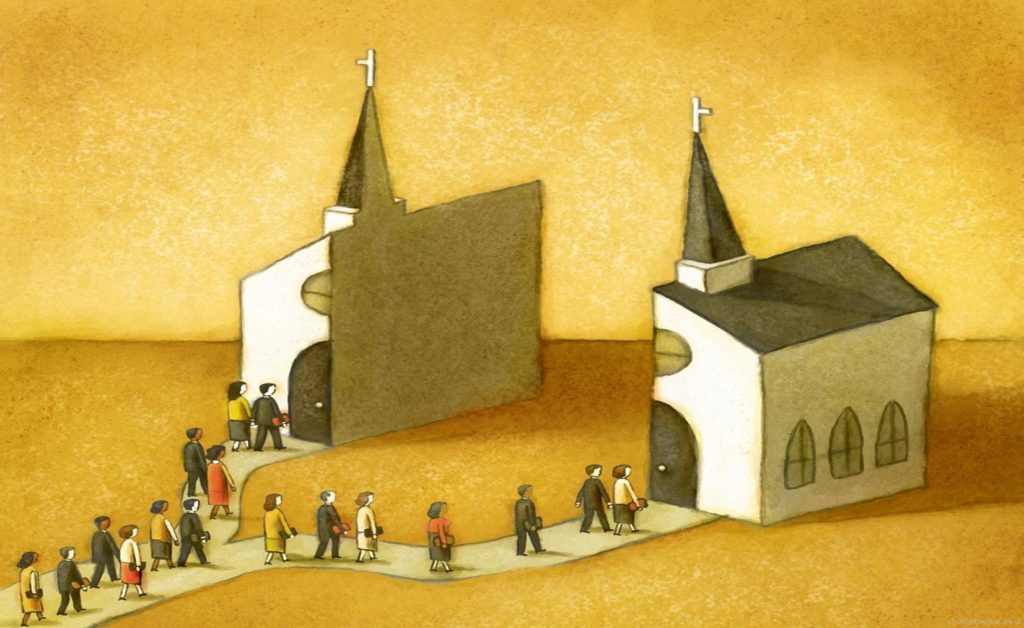 Adventist scholars recently gathered in Rome, Italy for the Fourth International Bible Conference on July 11-21, 2018 to discuss different topics impacting the church. The theme for this year’s gathering focused on the last day events. These annual conferences are sponsored by the Biblical Research Institute, the official theological consultant group for the Seventh-day Adventist Church.

One of the featured speakers at this year’s conference was Dr. Richard Rice, a professor of religion and theological studies at Loma Linda University. Dr. Rice was advocating an argument that we must not limit our understanding of the Remnant Church of Revelation 12:17 by only accepting the simple traditional/historical view; but instead, we must embrace a more “expansive vision of the remnant.” [1]

He explained that the reason for why we need more “variations” on our belief on the identity of the Remnant Church is because “we are no longer a beleaguered minority on the outskirts of Christianity.” [2]

The long-standing historic belief held by Seventh-day Adventists is that the Remnant Church is an end-time prophetic movement that will be keeping the commandments of God and be led by the prophetic gift of the Spirit of Prophecy (Revelation 12:17; 19:10). This movement has the great burden of proclaiming the distinctive, salvation messages of Revelation 14:6-12 to all the world. According to prophecy, this is the divinely appointed identity and role that the Remnant Church will fulfill during the end-times.

Dr. Richard Rice argues that this view of the Remnant Church is not the only one; but that “there are interesting variations among Adventists as to just what [the] remnant identity involves” and we must have a “wholistic vision” when identifying this last-day movement.

What is this “wholistic vision” that is more expansive than what has guided the church for the last 150 years? According to his research paper, it is by embracing a liberal, secular agenda. Dr. Rice’s views on the Remnant Church are not new. Back in 2011 he published a scholarly paper entitled:  “Remnant Identity Past and Present, A Central Issue for Adventists Today” and offers a new vision for the Remnant Church which includes promoting “religious sincerity, ethical concern, religious inclusiveness, even political activism.” [3]

So many of our people are mistaken on the meaning of our public witness. Political organizing and social activism is slowly taking precedence over  the preaching of the third angel’s message. Some would have us exert our energies and engage the church into left-wing political activism, social justice and environmental issues. These liberal causes are a life-long, never-ending struggle that attempts to create a perfect Utopian society in this world. Our pioneers were a different kind of Adventists than what we are becoming because to them the third angel’s message was their primary burden.

The so-called “social awareness” movement is an attempt to transform the social landscape instead of addressing the great moral issues of God’s law. According to progressive liberals, we must adopt an agenda of attacking the social inequalities of our day; and the modern-day moral issues that need out attention are poverty, immigration, gender equality, feminism, the environment, family planning (abortion), LGBT+ inclusion, animal rights and other liberal causes.

“God has not called His people to ignore present truth for these last days, and take up a work that so absorbs workers and means that the Lord is not represented as He would otherwise be” (Manuscript Release, vol. 9, p. 82).

There is no doubt that being attentive to human rights, feeding and clothing the poor, and nurturing and loving people is part of the work of the Gospel. Christians should be in the forefront of work which cares for people. But let us not be disingenuous in our work of helping others. What would be the purpose of liberating people from worldly oppression, starvation, and poverty if we do not give them the real “Bread of Life?” If fact, Jesus Himself rebuked those who came to Him solely for the purpose of material bread.

“Ye seek me, not because ye saw the miracles, but because ye did eat of the loaves, and were filled. Labour not for the meat which perisheth, but for that meat which endureth unto everlasting life, which the Son of man shall give unto you.” John 6:26, 27.

Christ always gave people more than just physical sustenance or physical healing. And secondly, when Jesus performed the miraculous feeding of five thousand and four thousand, it was only after He gave them the words of life:

“And Jesus, when he came out, saw much people, and was moved with compassion toward them, because they were as sheep not having a shepherd: and he began to teach them many things.” Mark 6:34.

It was only after He taught them many things that Christ fed them [read Mark 6:37-44]. Furthermore, when Jesus performed a miracle, He was not simply doing a good work, He was signaling to the world, especially the Jewish people, that their Messiah had arrived! He performed these “signs” as proof of His Divine authority and majesty, and not just to create a more healthy and just people, but to save their souls.

Here again, Jesus did not simply go about doing good works. He proclaimed His Messiahship, the right to forgive sins, to all those to whom He helped.

Again, in John 9, after healing the blind man, Christ said unto him: “Doest thou believe on the Son of God? He answered and said, Who is he, Lord, that I might believe on him? And Jesus said unto him, Thou has both seen him, and it is he that talketh with thee. And he said, Lord, I believe. And he worshipped him.” John 9:35-38.

Here we see clearly Christ’s intention of helping the poor and afflicted – to restore their relationship with Him. He wants to restore the burden of despair upon all, both physical and spiritual. He offers forgiveness and complete transformation of the whole being.

This of course is in complete contrast to the twisted theories of political organizing and social activism which persistently ignores the gospel while apparently helping the downtrodden.  Satan’s victory is complete if he could distract the church from its primary, spiritual mission – the proclamation of the three angels’ messages.

Seventh-day Adventists were never called to just become social workers, welfare centers, or political action committees. Not to be misunderstood – God did give manna to His people, but the physical/material work should be a natural outgrowth of the regenerating work of the Holy Spirit. As Seventh-day Adventists we must remain true to our task, to our single abiding mission—that of sharing with all men, whatever their race, background, outlook, politics, social or moral standing—our all-encompassing, all-sufficient, authorative, and necessary message of the everlasting gospel of Revelation 14.

“The government under which Jesus lived was corrupt and oppressive; on every hand were crying abuses,—extortion, intolerance, and grinding cruelty. Yet the Savior attempted no civil reforms. He attacked no national abuses, nor condemned the national enemies. He did not interfere with the authority or administration of those in power. He who was our example kept aloof from earthly governments. Not because He was indifferent to the woes of men, but because the remedy did not lie in merely human and external measures. To be efficient, the cure must reach men individually, and must regenerate the heart. Not by the decisions of courts or councils or legislative assemblies, not by the patronage of worldly great men, is the kingdom of Christ established, but by the implanting of Christ’s nature in humanity through the work of the Holy Spirit” (Desire of Ages, p. 509).