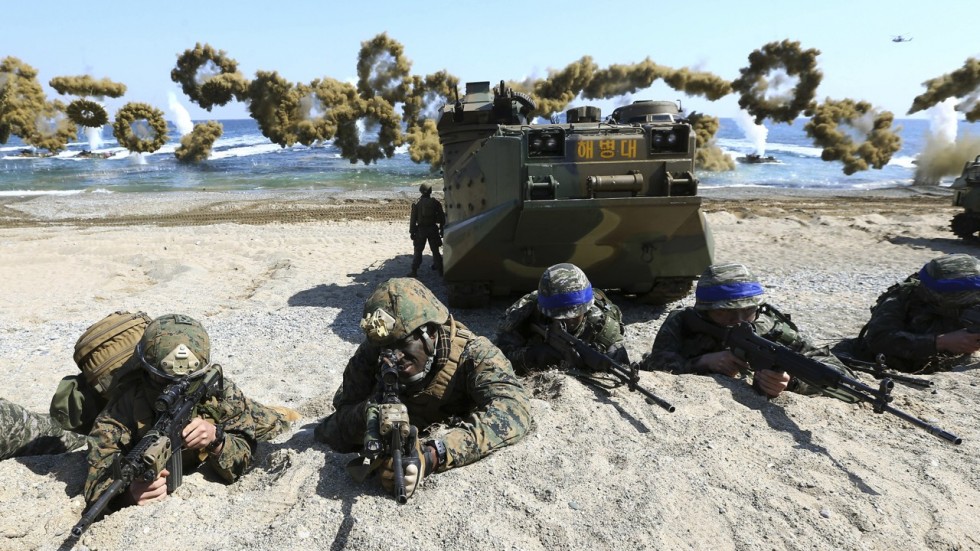 When you look at the violent crimes, the mass shootings, the terror attacks, the armed conflicts, the nuclear proliferations, the global arms race and the massive, historic increase in military spending by all the developed nations – the message is obvious. Our world is not headed towards peace, security and mutual trust and cooperation. No, the world is amassing and developing more and more weapons in record numbers to prepare for war, death and bloodshed.

South Korea, Japan, China and North Korea are spending record “billions” as they compete with each other in a new arms race. This increase in military spending comes just two weeks after the US increased its defense spending with a record $700 billion military budget.

We know that this kind of rapid escalation cannot just keep building up without some kind of consequence. There is a day of reckoning when nations spend this kind of record numbers on weapons designed to kill their fellow-men. This is a return to the days of Noah, for God’s word describes these very scenes.

The only hope for our world is in the coming of Christ. All those who are innocently suffering due to the irresponsible and reckless spending of billions of dollars by their political leaders will soon have their prayers answered. Soon Christ will come bring an end to all these abuses and establish an everlasting kingdom of peace and justice.

“And he (Christ) shall judge among the nations, and shall rebuke many people: and they shall beat their swords into plowshares, and their spears into pruninghooks: nation shall not lift up sword against nation, neither shall they learn war any more.” Isaiah 2:4.

Our hope is not in earthy diplomacy. The governments of this world are not going to save us. They are actually making plans on how to destroy men in greater numbers. The United Nations cannot prevent the armed conflicts that are looming. Science and technology will not save the world, they have only created more destructive and powerful weapons. Our only hope is in the coming of the Lord.

“In the days of Noah the overwhelming majority was opposed to the truth, and enamored with a tissue of falsehoods. The land was filled with violence. War, crime, murder, was the order of the day. Just so will it be before Christ’s second coming” (Bible Commentary, Vol. 1, p. 1090).

What the world needs is a spiritual awakening. We need leaders and citizens who will love, fear and obey God. Without this spiritual awakening, it’s only a matter of time before the bombs start flying. Our world needs to realize that only when we humble ourselves before God and pray and seek His face and turn from our evil way – only then can we have true lasting peace and all wars and violence will cease.

“If my people, which are called by my name, shall humble themselves, and pray, and seek my face, and turn from their wicked ways; then will I hear from heaven, and will forgive their sin, and will heal their land.” 2 Chronicles 7:14.