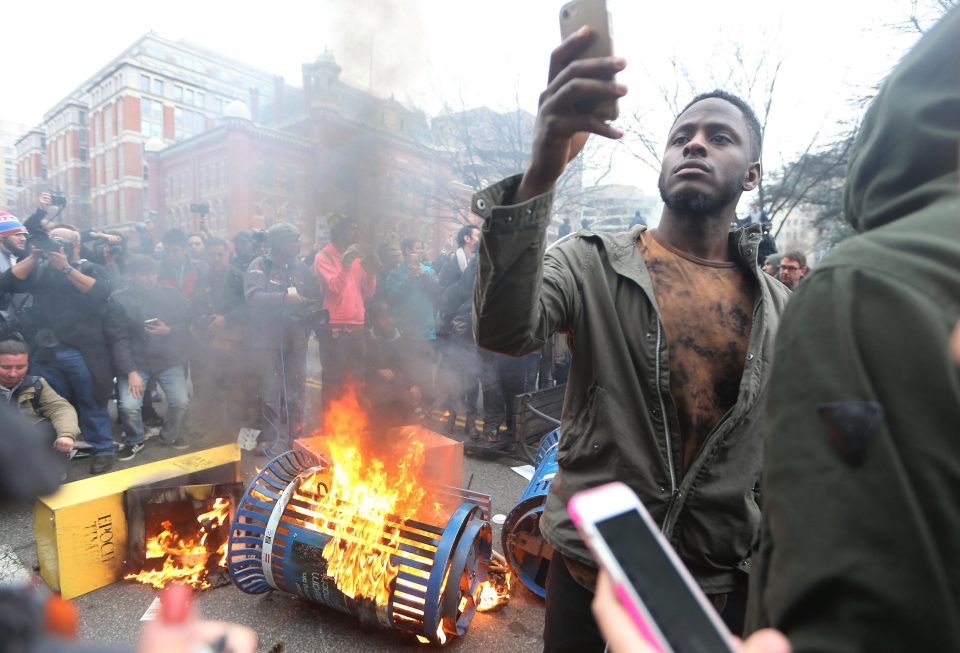 Over 200 rioters have been arrested in the aftermath of Donald Trump’s inauguration. Federal prosecutors have expressed that they will be charged with felony rioting, which carries a maximum sentence of up to 10 years in prison and a $250,000 fine.

Donald Trump campaigned on restoring law and order, so this is not the administration these people want to be rioting under. Federal prosecutors under this new administration are not going to tolerate these criminal activities.

When citizens protest peacefully they have the right to be protected by law, regardless of the message. But when their actions turn to violence and criminal destruction of other people’s property, such as breaking windows, looting, burning private property, physical assault on innocent citizens, spitting at law enforcement and littering the streets then these rioters need to know that they are not above the law and that there will be consequences.

If people are allowed to act this way just because they are unhappy with the outcome of an election or some other event with no consequences then others will feel encouraged to commit crimes every time they become unhappy.

There is no question that professional anarchists and others are deliberately inciting this behavior and have been getting away with it for several years as we all the rioting that has been taking place across America. Federal, state and local officials are guilty of toleration and inaction towards this criminal behavior. When laws are not enforced this is the result. There is a difference between protesting and rioting.

Those who are found guilty of criminal destruction and physical assault need to be fairly and justly prosecuted and they need to pay restitution for the damages done. Plus, a little community service would do them some good by doing good works and helping others.

“Let us walk honestly, as in the day; not in rioting and drunkenness, not in chambering and wantonness, not in strife and envying.” Romans 13:13.