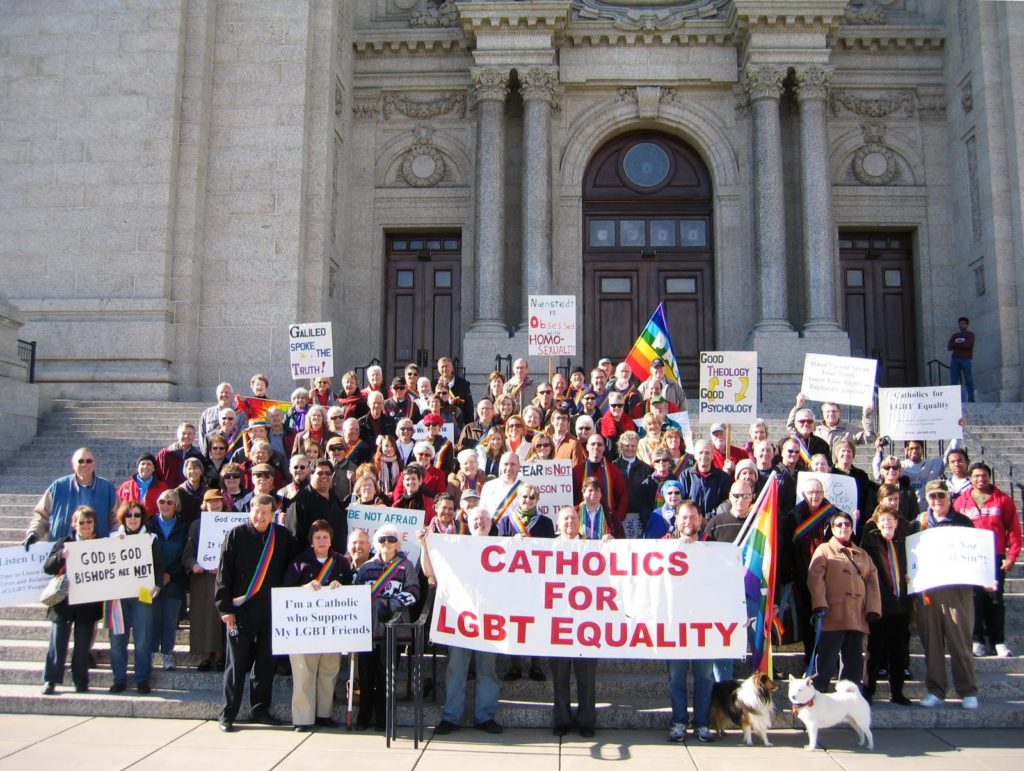 Roman Catholic Bishops in England and Wales have given their public support to a day set aside to commemorate the transgender community. A comment on the Bishops’ Twitter account stated the following:

“Today is Transgender Day of Remembrance and we pray for all people who are ill at ease with their gender, seek to change it, suffer for it and have been persecuted, and also killed. All people are loved by God and valued in their inherent God-given dignity.” #TDOR [1] 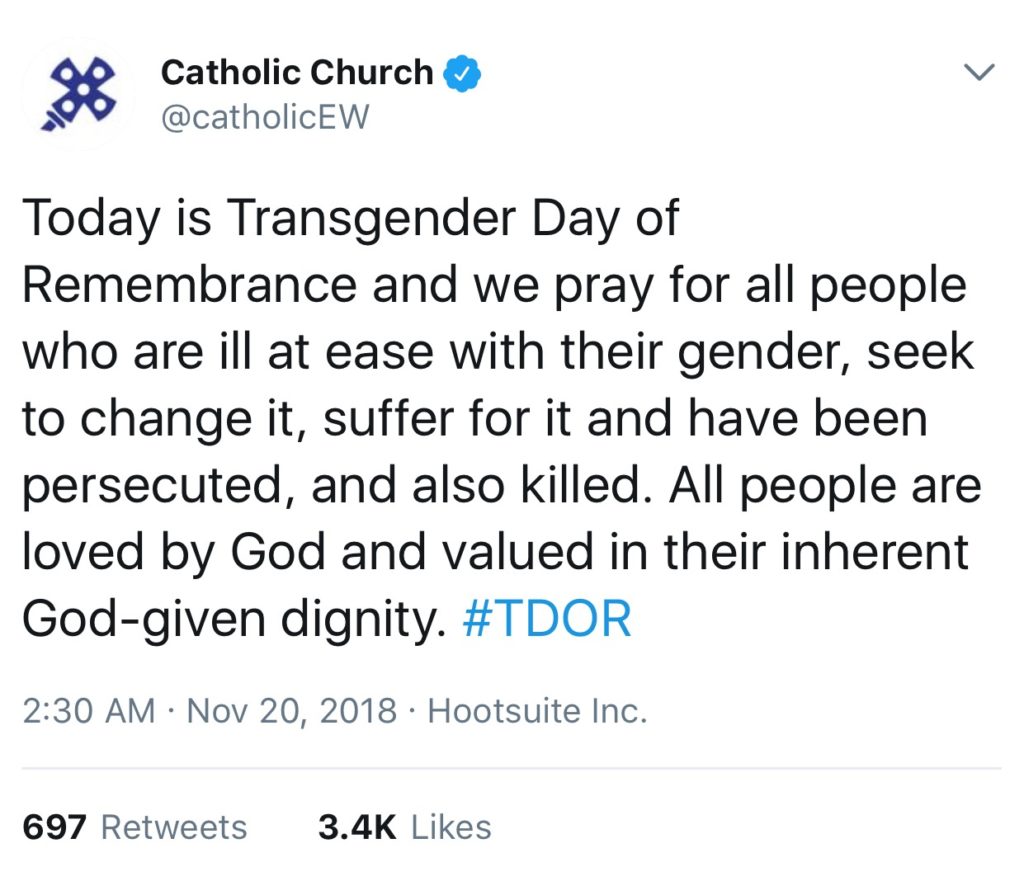 It goes without saying that this statement from the Bishops has been received with joy by the pro-homosexual Jesuit Father James Martin, a Vatican adviser, who has tweeted his response:

“I join the Catholic bishops of England and Wales in their prayers for all transgender people, especially by those who have been persecuted in some way. Let them know that they are all beloved children of God.” [2] 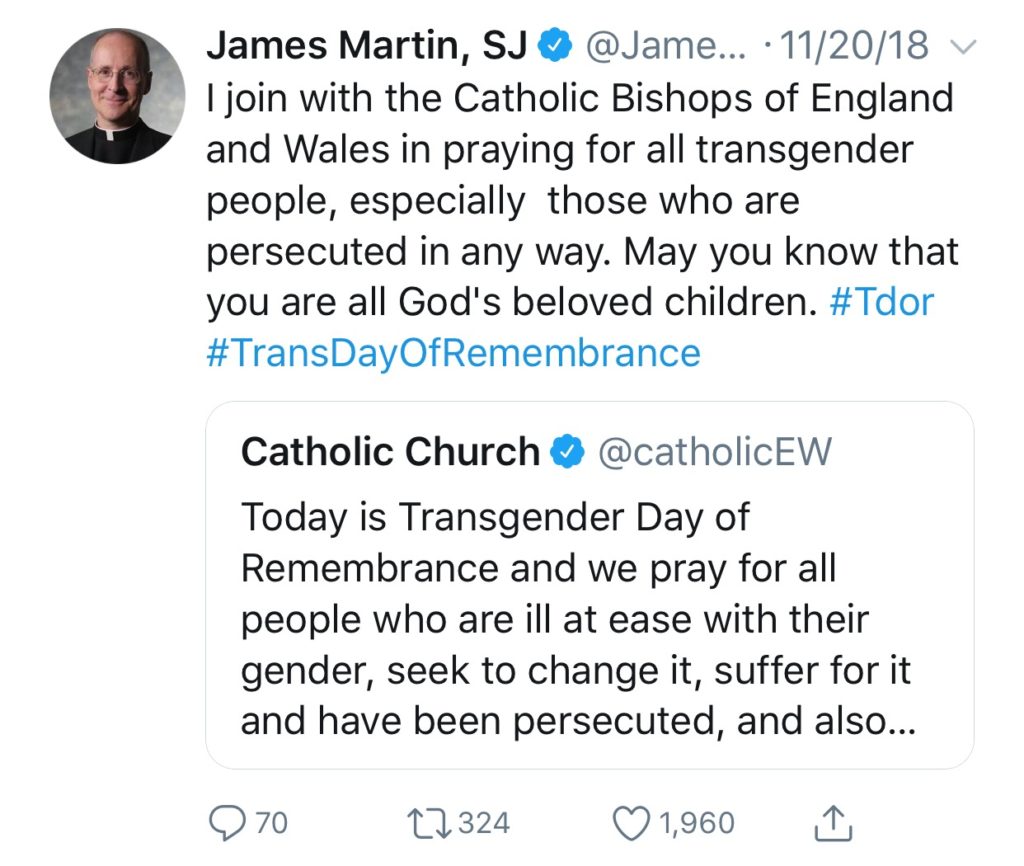 Also, a pro LGBT+ Catholic support group called New Ways Ministry is praising this as a “major step” in the Roman Catholic Church:

“The Catholic Bishops of England and Wales (@catholicEW) tweeted in support of #TransDayOfRemembrance and the trans community – a major step!” [3] 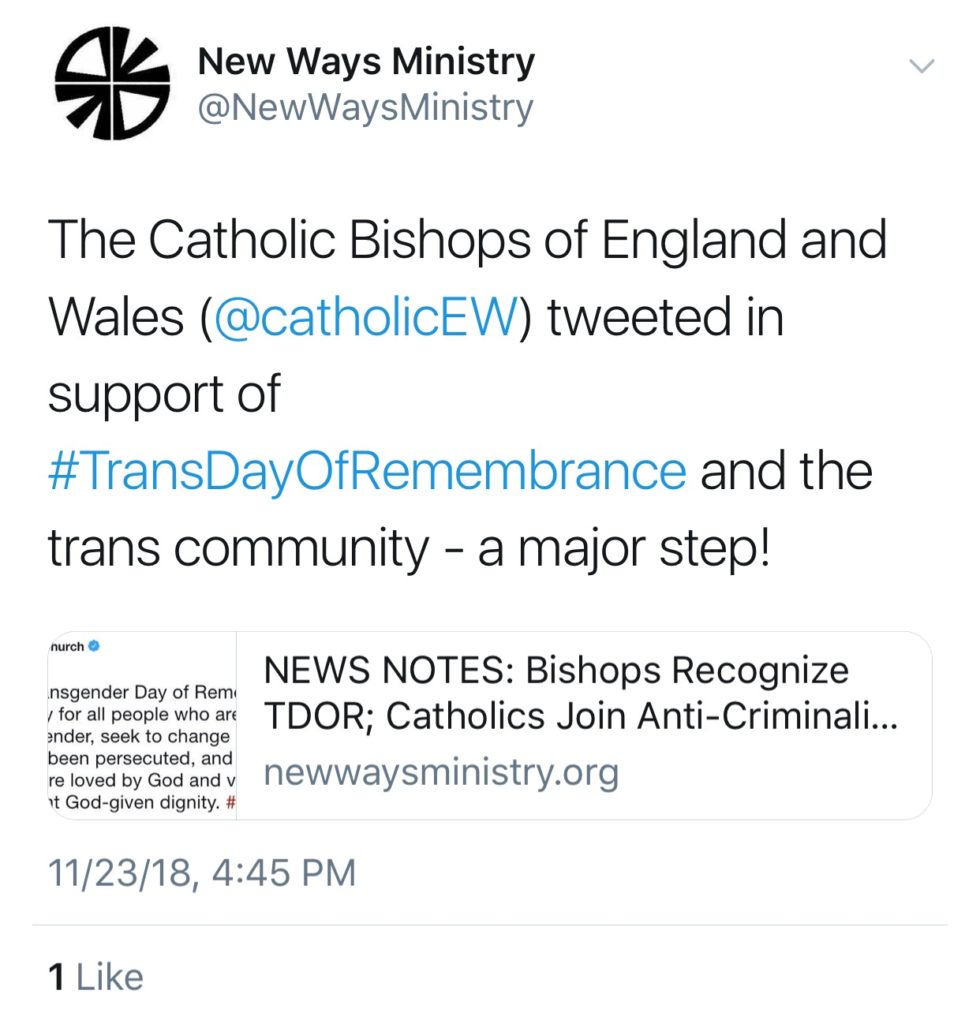 Without question, this is the direction that many churches are heading towards, and it’s not just Roman Catholics. There is a movement among all the religious faiths that is working to blur the doctrine on human sexuality. This is just one example that shows how the Roman Catholic Church is drifting dangerously into the LGBT+ camp as they are now becoming champions and advocates to the transgender and homosexual ideologies.

This pro LGBT+ celebration comes at the very time when the Catholic Church is in the middle of a world-wide, child sex abuse scandal that is homosexual in nature. These celebrations are only adding more controversy to their existing scandals.

They are feeding the public ideas that are contrary to the Biblical views of sex and gender. As Bible-believing Christians we should detest all forms of abuse and persecution, but we cannot endorse or support a celebration dedicated to a “Day of Transgender Memory.” This would be bowing down to the multicultural dictates of the social justice movement instead of “contending for the faith once delivered unto the saints” (Jude 1:3).