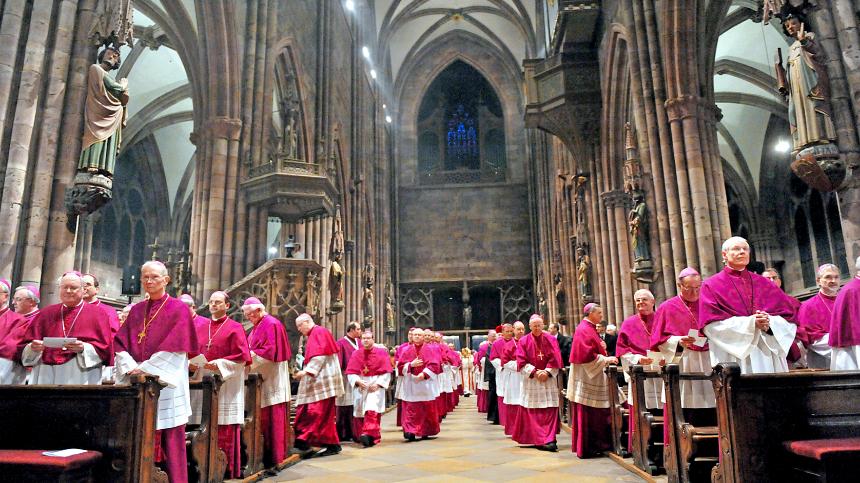 The announcement was made by the president of the Episcopal Conference, Cardinal Reinhard Marx. Cardinal Marx explained that “the majority of bishops” thought that there “is a need for change” with regard to the sexual morality of the Church. [1] Their plan is to send a letter to Rome to share the conclusions made by the Catholic bishops of Germany and to begin a new discussion on sexual morality with the world church.

Here we see another example where progressive modernists want to change the Biblical doctrines on sexual morality. This is all part of the great “falling away” (Greek: apostasy) predicted in 2 Thessalonians 2:3 that would take place just before the second coming of Jesus. Many would be “falling away” from key Biblical truths. This falling away includes LGBT+ marriage, LGBT+ clergy and a pro LGBT+ gospel. This is apostasy because the Bible is clear on the subject of morality and clear on its teachings about the sin of homosexuality. God’s intentions for human sexuality is one man and one woman in holy matrimony (Genesis 5:2, Matthew 19:4-6).

Whenever any church denies this truth they are in a state of apostasy. This is what causes churches to die spiritually. There are leaders in the church who believed that they know more than God. Professing to know God they reject His authoritative word. This is part of an end-time, theological and moral drift taking place throughout Christianity. The new morality versus God’s morality will be a test as to whether a church remains faithful to the word of God or whether they will join the world and it’s Godless, moral-less agenda.

No one person or church is immune from being deceived. Whenever God’s word is not honored above all else it is very easy for fallen, human nature to question the clear testimonies of the Scriptures. Let us remain true to the Bible, and may we become one with the church that is one with the holy teachings of God’s word.

“Deal faithfully with wrongdoing. Warn every soul that is in danger. Leave none to deceive themselves. Call sin by its right name. Declare what God has said in regard to lying, Sabbathbreaking, stealing, idolatry, and every other evil. ‘They which do such things shall not inherit the kingdom of God.’ Galatians 5:21. If they persist in sin, the judgment you have declared from God’s word is pronounced upon them in heaven. In choosing to sin, they disown Christ; the church must show that she does not sanction their deeds, or she herself dishonors her Lord. She must say about sin what God says about it. She must deal with it as God directs, and her action is ratified in heaven” (Desire of Ages, 805).