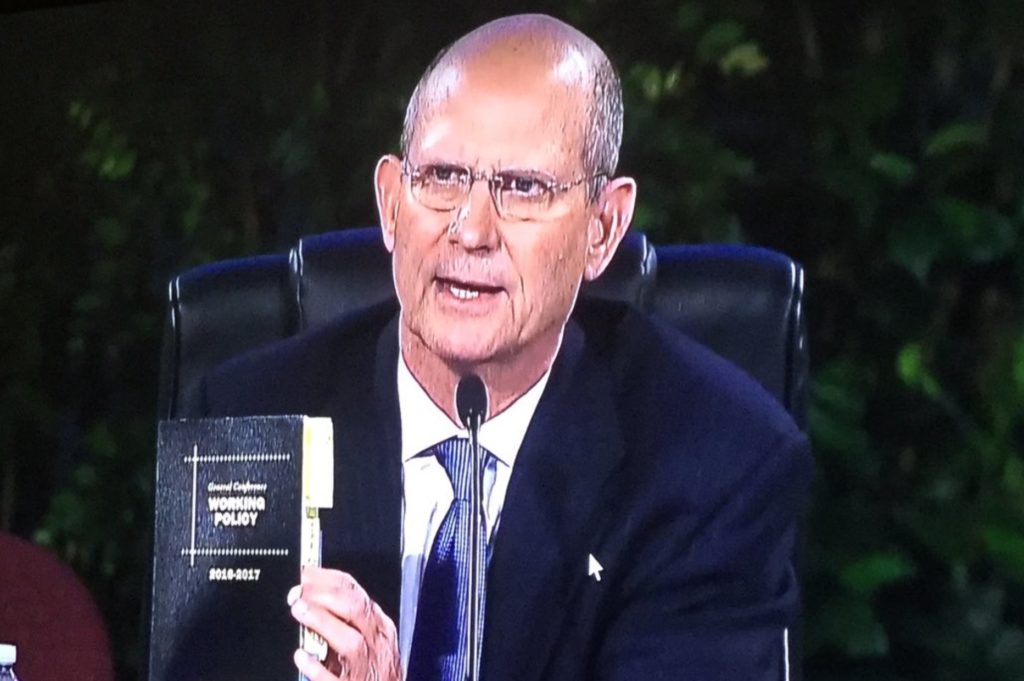 At the 2017 Annual Council’s Executive Committee, Seventh-day Adventists voted to delay a policy that would have forced church leaders at every level to adhere to the decisions made by the church during their world sessions.

A new, 14-page measure called “Procedures for Reconciliation and Adherence to Church Governance” was introduced to the Executive Committee for discussion and for vote. Had this motion been approved it would have granted new powers to executive officers allowing them to “remove and replace leaders who do not follow General Conference Session actions” (Document page 8, lines 39, 40).

The introduction of this policy stems from the fact that many leaders are not abiding by the church’s 2015 “No” vote on women’s ordination. The Seventh-day Adventist Church, in a world session, voted not to allow the ordination of women into the ministry. Since that vote, many conference, union and division entities within the church have chosen to ignore that decision and have continued to ordained women as ministers. This non-compliance has been a source of division and anxiety as certain leaders have openly defied the “authority” of the church.

At the Annual Council, Seventh-day Adventist World President Ted Wilson did his best to explain the importance of adhering to the decisions of the church, especially those made during the world sessions. He explained that decisions made by the church are meant to maintain the unity and mission among believers. Pastor Wilson even held up a copy of the General Conference Working Policy and read portions to delegates in a last ditch effort to sway the vote.

But as soon as the floor opened up, the debates began. Attempt after attempt was made to delay or derail the new policy. Accusations questioned the “legality” of the policy. Other delegates declared that this policy was just another attack against women’s ordination. The policy was doomed to fail when amendments, second amendments and other motions were proposed and after confused delegates began questioning what they were actually voting on.

Finally after voting 3 times on different amendments that were piled on top of the original measure, the real vote finally came up and the original policy that would have forced compliance upon all workers was delayed until next year by a vote of 184 to 114. The Committee on Unity and Mission was given the task to review the policy and make revision and modifications.

Until then, the rebellion within the ranks will continue.